The OnePlus One smartphone is a denim-clad $299 Cyanogen monster

The OnePlus One smartphone is a denim-clad $299 Cyanogen monster

OnePlus, the startup founded by former Oppo VP Pete Lau, has unveiled its first smartphone, the OnePlus One. It's a powerful effort, with a 2.5GHz Snapdragon 801 processor, a 5.5-inch 1080p display, 3GB of RAM, a 13-megapixel f/2 camera unit, and bottom-facing stereo speakers designed with assistance from JBL. It runs a minimalist custom UI atop CyanogenMod, the modified version of Android breaking out as an operating system in its own right.

More interesting than the phone's components is the case that houses them — the One's white back cover finish is made of cashew, and you can swap this out for back plates using other materials including bamboo, wood, kevlar, and denim. Since the phone is constructed from magnesium, it weighs in at a relatively light 162g, and the 8.9mm-thick frame tapers to 4.6mm at the edges.

OnePlus will sell the One in the US, Canada, the UK, Hong Kong, Taiwan, and several European countries. It'll cost just $299 for an unlocked 16GB version, undercutting Google's Nexus 5 by $50, and you can quadruple the storage with a 64GB model at $349. There's a catch, though — you'll need to be "invited" to buy one at first. OnePlus says it will give out invitations through promotions on social media, and people who've managed to buy the phone will also be able to invite new purchasers. 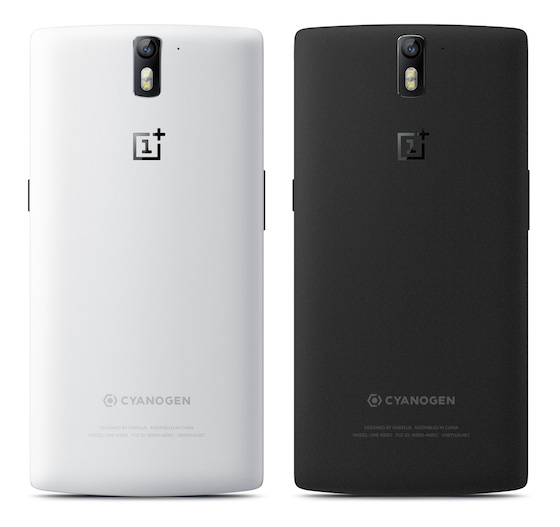