The set-top box that goes anywhere you need it

It happens every time I travel. I come back to my hotel room, flop into a freshly made bed, pick up the (probably sticky) black remote, and turn on the TV. I’m given the option to mortgage my home to watch a just-out-of-theaters movie, aimlessly surf through a bunch of local and basic cable channels, or take my chances with whatever’s on HBO. I flip through the 28 or so channels for about a half hour, and settle on some offshoot of Storage Wars before I go to sleep.

The Roku Streaming Stick is here to save me from this Hyatt-induced Pay-Per-View nightmare by bringing an incredible wealth of TV and movies with me anywhere I go. It’s a tiny, $49.99 stick that slots unnoticed into any HDMI port, and with only a Wi-Fi connection can immediately connect to Netflix, Amazon, and hundreds of other channels and content sources. It’s the ultimate portable set-top box.

It’s doing battle in an incredibly competitive market that’s in constant flux, with companies like Amazon and Google adding new features and content sources, trying to make it ever faster and easier to find things to watch. The Streaming Stick is mostly just like any other Roku, except cheaper and smaller.

From where I’m sitting, in room 202, choosing between the third hour of SportsCenter and an episode of Community I’ve seen 19 times, cheaper and smaller is a pretty good start. 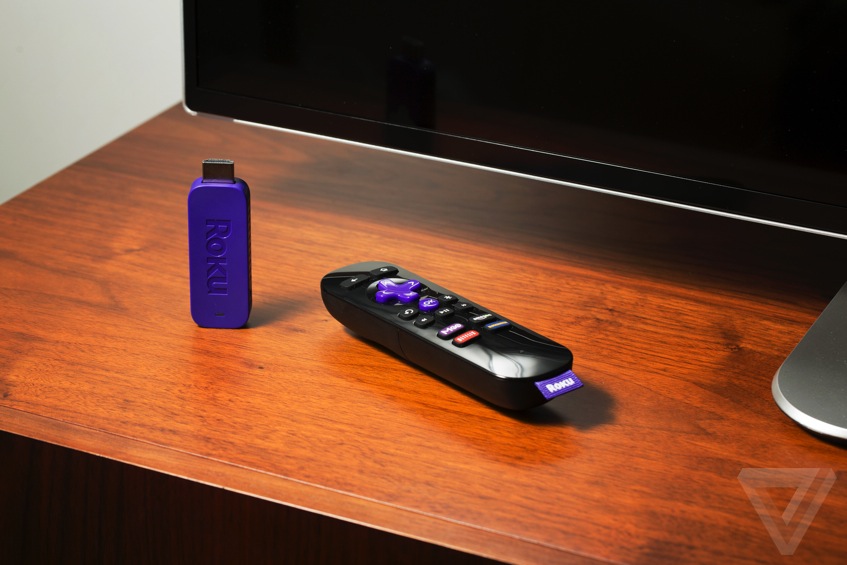 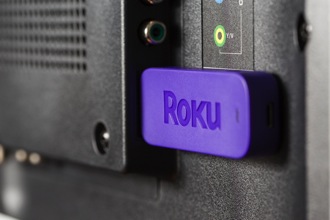 Not quite plug-and-play, but almost there

I bought a Roku 3 a year ago, and I use it every day. Since Roku stores all of my channels and settings in an account, I assumed that when I plugged the purple, pack-of-gum-sized Streaming Stick into an HDMI port, all I’d need to do was log in to my account and I’d be set. I was half right, or at least I was when I figured out that I had to plug the Stick into both an HDMI port and either a power outlet or a USB jack (just like a Chromecast).

Once you’ve plugged it in, waited two minutes while it boots, and logged on to your Wi-Fi network, signing in to your Roku account from your phone or computer does start an automatic download of all your channels. But then every time I opened an app, I had to log in again — sometimes it required a username and password, others I had to go to my computer, log in, and activate the Streaming Stick from there. It’s an easy process, and only has to be done once, but it was about 15 minutes before my Streaming Stick really felt set up and ready.

There’s only one hiccup in my hotel-room dream: the Streaming Stick doesn’t support so-called "captive portals," the Wi-Fi networks that make you log in via a browser window to get online. But I got one hotel’s tech support to greenlight my Stick anyway, and in a pinch I can just use my phone’s hotspot feature to get connected.

You can do most things using either the included black remote or the Roku app. The remote is the same glossy stick as ever (minus the integrated headphone jack, which I did miss), with simple directional and playback buttons plus a truly insane list of app shortcuts that I hope make Roku a lot of money because having a button for Blockbuster and M-Go does no one else any good. It works fine, but I mostly prefer the app; it has quick shortcuts that make moving between channels much faster, plus it lets you use gestures to move around and your phone’s keyboard to search for something to watch. 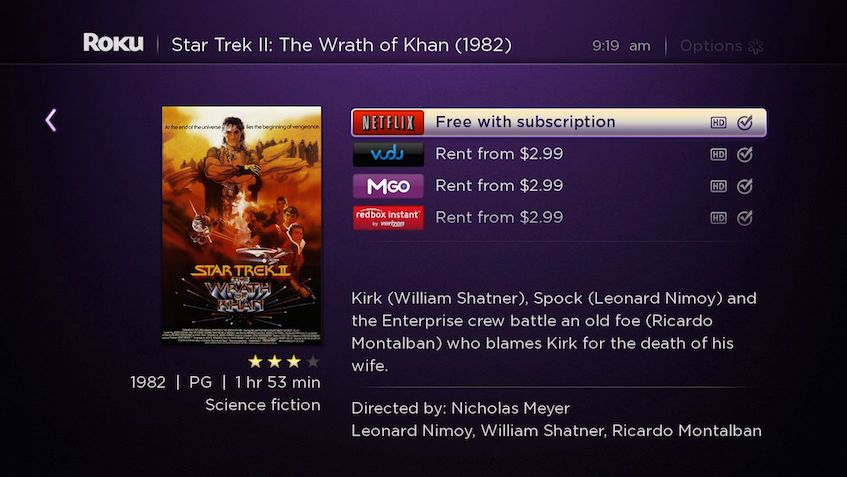 Search is still Roku’s best feature. It quickly becomes the default way of using the device, the best way to forget about the huge list of channels and just watch something. I just scroll down to Search in the left-hand column, type in "Justified," and watch the results pile up — the Streaming Stick will show any place it’s available, free or otherwise, from an impressive variety of services. (It helps that I subscribe to Hulu Plus, Netflix, and Amazon Instant Video.) It’s not as quick as the voice search on the Fire TV — though if I use my phone it’s not much slower — but it’s far more powerful.

Of course, there’s more to the Streaming Stick than just Amazon and Hulu. There’s also Vudu, Crackle, HBO Go, and a Time Warner Cable app that turns my Streaming Stick into an excellent second cable box. Oh, and there’s Cowboy Classics, and Pub-D-Hub, and F Y D O, and GooHead (tagline: Lean Back), and my hands-down favorite, Afrotainment HD. Roku’s sheer volume of content is unparalleled, and while the long tail of options is mostly just hilarious, Roku’s still the only set-top box to offer such a long list of A-list content. (And B-list, and C-list, and D-list.) 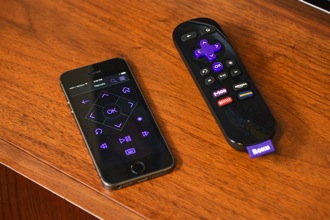 In addition to its hundreds of channels, the Streaming Stick lets you play back some local content. The excellent Roku app (which is by far the best way to navigate any of its devices) has a Play on Roku feature that takes music, photos, or videos and plays them on your TV as long as they’re one of a handful of supported file types. It’s simple and useful, a sort of rudimentary AirPlay. But it doesn’t have the universal access of AirPlay or Chromecast; both of those devices let you open up the Netflix app, select a movie, and play it on your TV, rather than making you do everything through the remote app. Chromecast even lets you send a tab from your browser to your TV, opening up an entirely different universe of content. Play on Roku is useful, but it’s not even really playing the same game.

Every Roku offers the same content and features, displayed on the same two-column purple interface in exactly the same way. The Streaming Stick’s most defining characteristic is its performance, which ranges between slightly and unbearably slow. Virtually every command takes a beat to kick in, just long enough for me to wonder if my button-click registered at all. A few apps seem to take eons to boot up — Netflix is worst of all. Once you’re knee-deep into an episode of Louie any box is going to feel about the same, but the Streaming Stick takes noticeably longer to get there than just about any other streaming device I’ve tested. 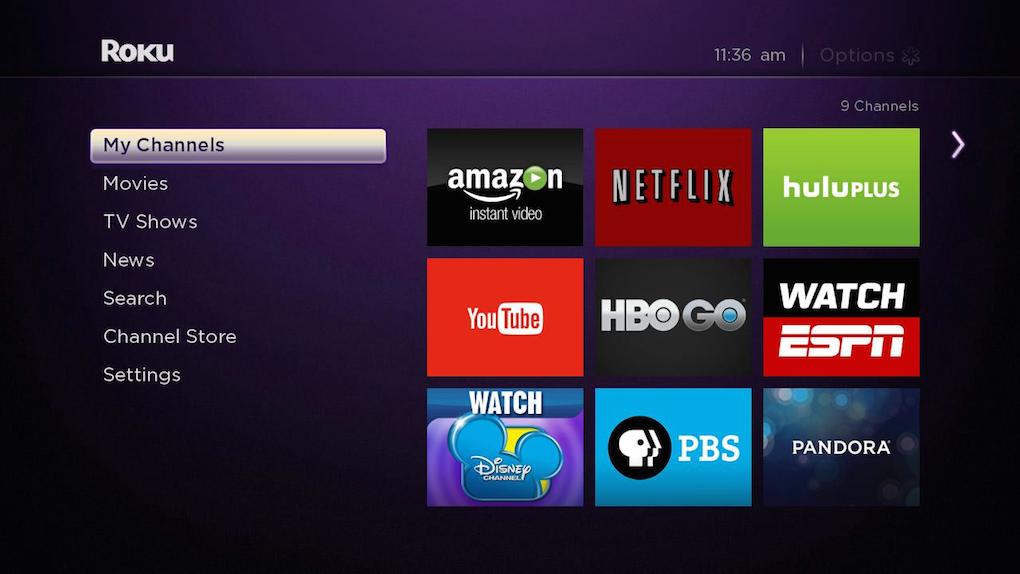 The best Roku is the one you have with you

It’s simple, really. The $49.99 Roku Streaming Stick isn’t the best Roku — that would be the Roku 3, its faster, more reliable sibling. It won’t replace a Chromecast or an Apple TV, which have an integration into your existing apps and ecosystems that Roku can’t match. And Amazon’s Fire TV beats it handily on performance and features. For a permanent addition to your TV-watching habits, there are plenty of better options.

But the Streaming Stick is the cheapest way to get the industry’s widest selection of content, and it comes in an absurdly simple package. As long as you have an outlet within a few feet of your TV (which you do) and a few minutes to spend in front of your computer, the Streaming Stick is incredibly easy to set up and use. It’s not full of cool features like the Fire TV, and no one’s ever going to morph this into a gaming platform. But there’s one in my carry-on right now, and the next time I’m stuck in Orlando with nothing to do and a Game of Thrones episode to catch up on, I’m going to be very glad it’s there.