Play this: burglary is a puzzle in 'Third Eye Crime'

Share All sharing options for: Play this: burglary is a puzzle in 'Third Eye Crime'

Third Eye Crime opens with a familiar scene: a young woman walks into a dimly lit office, while a trench coat-clad man sits behind a desk. Slow, jazzy music plays in the background. She has a problem with her husband, and needs some help. But in this case, the man isn't a private detective — he's a thief with the uncanny ability to predict where people will move moments before they actually do. It's a useful tool when you're trying to nab a priceless painting from a museum, and it also makes for some great touchscreen puzzles. 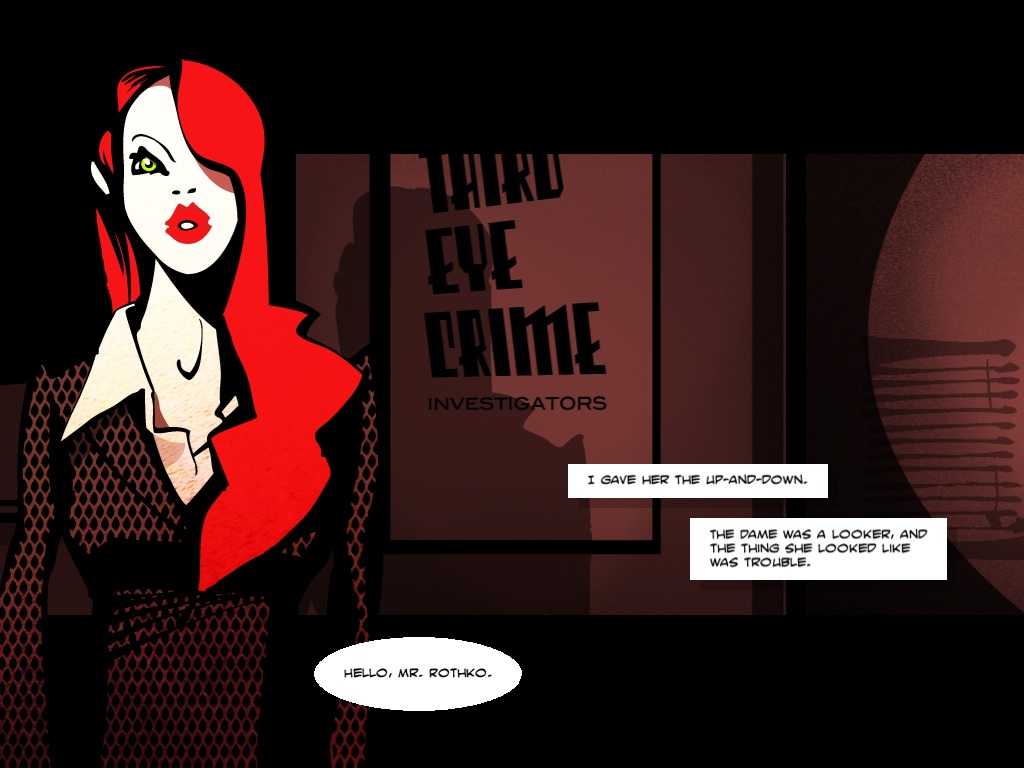 It has a terrific sense of style

The core of the game centers around simply trying not to get caught. Each level takes place from an overhead perspective, letting you see the layout of the room, as well as the placement and movement of the various guards patrolling it. To move, you draw a path with your finger, and helpful red line lets you see where guards will be moving next, letting you plan your movements in advance — even if they see you, your knowledge of their movement makes it possible to figure out where to hide out. The game also provides a number of power-ups that let you misdirect your pursuers, from noisy alarms to actual body doubles that disappear after a few seconds.

It's not an entirely new premise, as plenty of games let you sneak around, but the clever power-ups and genuinely useful pre-cognition mechanic give Third Eye Crime a unique feel. It also has a terrific sense of style, with slick motion comic panels that move the story forward, simple but beautiful noir visuals, and an absolutely fantastic soundtrack. The complete game is available on iOS devices today for $4.99 (or you can buy the first act for $2.99, and subsequent acts for $0.99 each). An Android version is also in the works.