President Obama is in Japan on a state visit right now, and he's been making some high-tech new friends. Honda's humanoid robot Asimo was on hand at Tokyo's Miraikan science museum — previously host to the colossal Kuratas mech — to demonstrate its soccer abilities. After offering a bow and exchanging a few words with Asimo, Obama said its ball skills were "pretty impressive," according to The Wall Street Journal. But the robot might have done its job too well; Obama later told students that "the robots were a little scary. They were too lifelike."

Asides from giving philosophical thoughts on the uncanny valley, Obama professed his belief in the importance of science and math programs, telling students they "have more technology and more power than even the greatest innovators of previous generations, so there is no limit to what [they] can achieve." 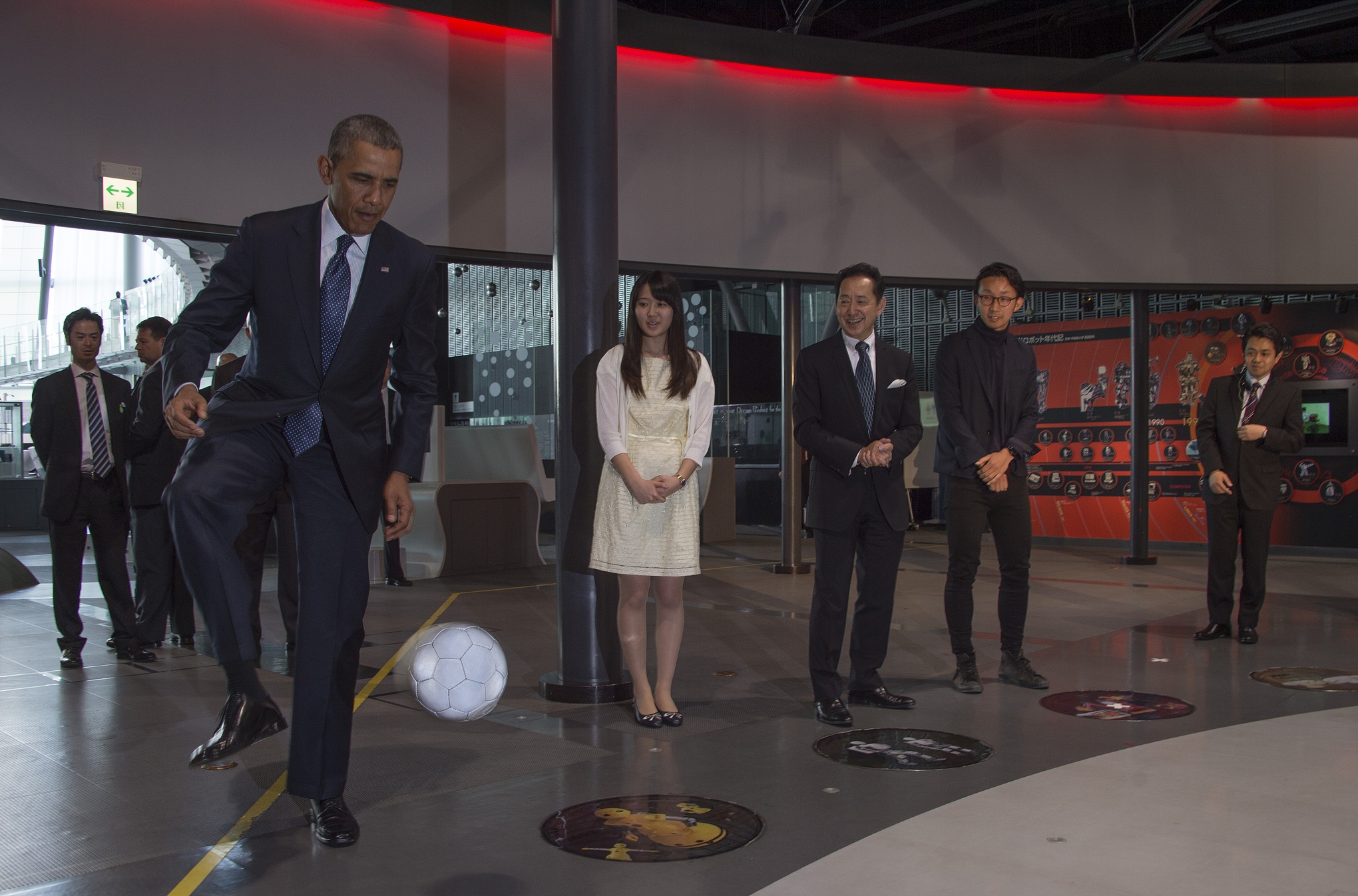