That's the bet Noel Biderman made 12 years ago when he founded the notorious adultery dating service Ashley Madison, and that's the bet he made again last year when launching the site in Japan. Biderman believed that Japan was rich enough in GDP, credit card penetration, and what he calls the "infidelity economy" for Ashley Madison to take off. The Japanese version has racked up over 1 million registrations since going live in July, with growth far exceeding the company's expectations.

But the controversial site has run into some problems in the country, where Biderman says that local divisions of Google, Yahoo, and Microsoft are refusing to carry Ashley Madison advertising in search results. He contends that it's a hypocritical policy, pointing to the prominent sex industry that advertises various adult entertainment in neon lights as proof that Japan has a huge market for infidelity. "I have yet to come across any sexual-driven services that can facilitate the economics on singledom alone," Biderman tells The Verge. "It's easier for singles to get sex sometimes than married people, and that's the truth of the matter." 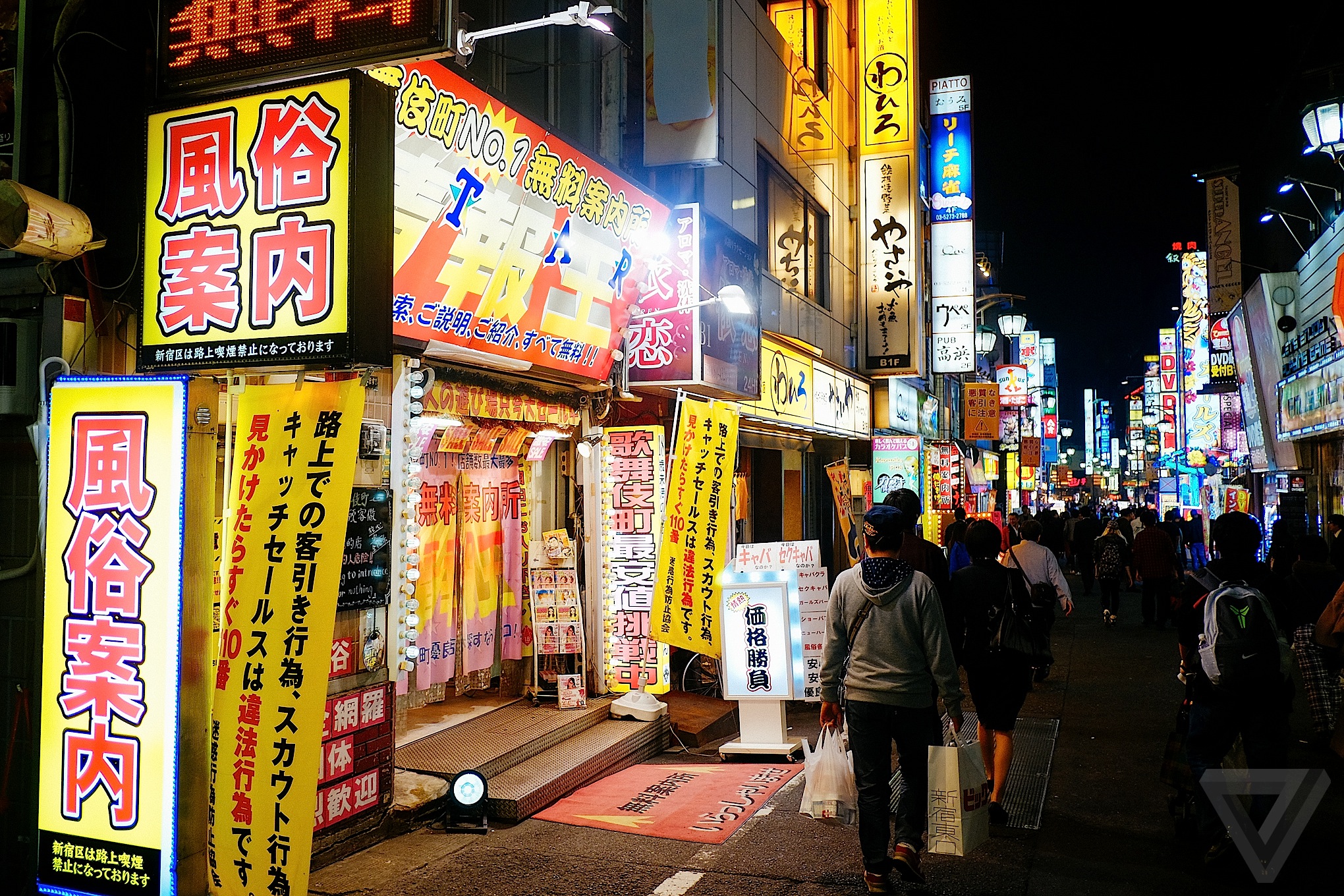 A "free information center" for sex services in Tokyo's red-light district of Kabukichō.

Japan's sex trade is "very visible," according to Brett Bull, editor-in-chief of The Tokyo Reporter, which often covers the local adult industry. "I think as with a lot of things in Japan it gets conveniently overlooked, but certainly entertainment areas around many major train stations in Tokyo offer men everything from simple conversation at a hostess club to a blow job at a ‘health' club to full sex at a ‘soapland.'" Ashley Madison might have expected a champagne reception from such an environment, but the reality has proven more complex.

The spat highlights the pitfalls companies can face when attempting to expand around the globe. Japan is one of the few major markets that Google has yet to dominate, with Yahoo still the leader, and it's clear that Mountain View is making efforts to ruffle as few feathers as possible. And while Ashley Madison may feel slighted in Japan, the situation could be worse — last week South Korea banned the site outright under adultery laws, becoming the second Asian country to do so after Singapore last year.

"They still don't want to let someone buy the word 'affair.'"

"We advertise with Google in 35 countries without incident," says Biderman. "But here they still don't want to let someone buy the word ‘affair.' At some point they changed their mind to make it sound like Japanese society cannot digest an Ashley Madison — that instead of going to a love hotel, somehow joining our social network was going to crumble marriages. It is an absurd argument and inconsistent with Google's policies in the rest of the globe."

Despite Biderman's claims that Google "absolutely" allows advertisements for sexual services in Japan — which would appear to violate the company's policy — The Verge could not find evidence of this in search results. After following up, Ashley Madison representatives said that Biderman was referring to Google ads for love hotels, the short-stay lodges that many couples use for sex in a crowded nation where moments of privacy can be otherwise hard to come by. Besides these, Google and Yahoo Japan do also allow advertisements for prominent deai-kei dating sites, which are known to act as an under-the-table way for users to meet escorts. 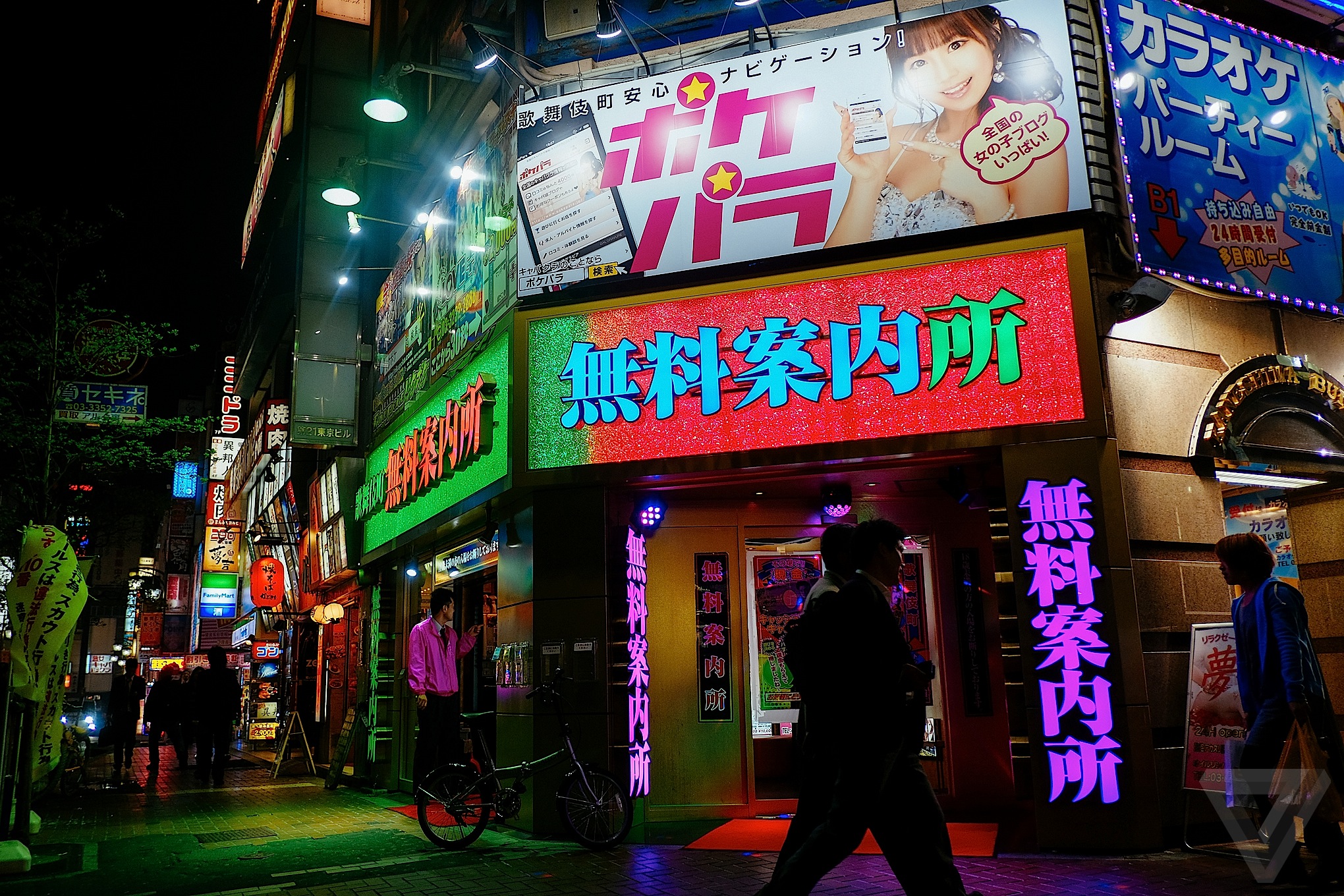 Even if Ashley Madison isn't being singled out, it's clear that Google is applying different standards in Japan than elsewhere, and the SoftBank-controlled Yahoo Japan differs from its American counterpart as well. The Japanese Internet Advertising Association has guidelines against permitting content that's sexual in nature or has the potential to subvert societal norms, and it's likely that companies are interpreting the language in a conservative way. The difference between Ashley Madison and the services that Google and Yahoo do allow is that the latter aren't explicitly about sex — the shorter stays in love hotels are called "rests," for example, and Japanese dating sites can at least claim plausible deniability. "The dating sites are not usually promoting prostitution as they cannot make money that way," says Bull.

Still, the discrepancy between Japan's conspicuous legal sex industry and its puritanical consensus on online advertising is hard to ignore. Biderman posits that Ashley Madison has fallen afoul of Japanese moralizing because it targets women in loveless marriages, and like anywhere else in the world, the sex industry there has overwhelmingly served men. "I remember talking to Yahoo [who said] ‘Oh, you have a woman whispering on your homepage. And she's wearing a ring. What you're really saying is women are being dishonest in marriage and we don't like that.' Nobody thinks women will lie about their marriage?" 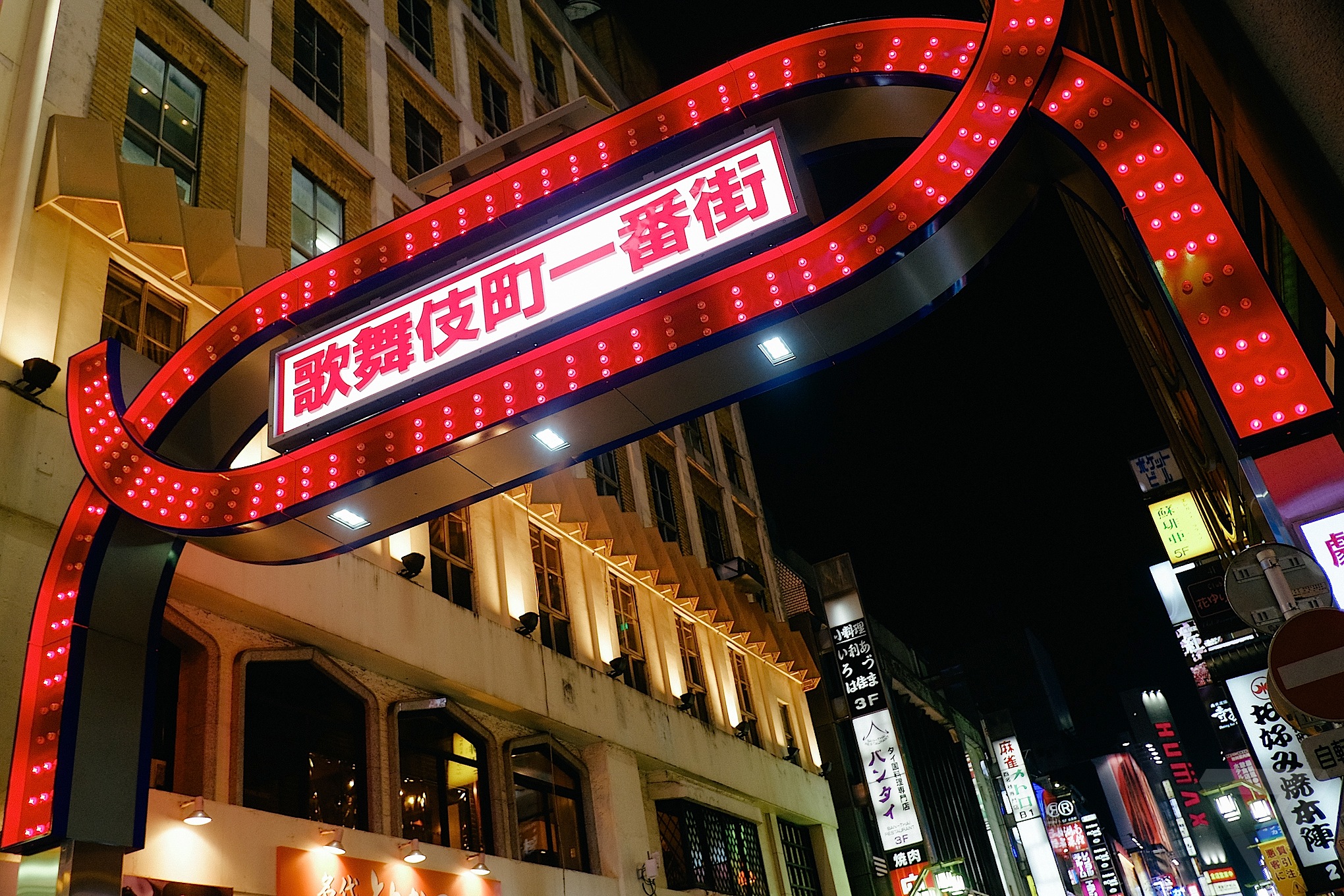 "Unfairly enough, there really are few sexual services readily available for a woman seeking paid sexual gratification with no strings attached — or even easy ways to have affairs," wrote Tokyo Vice author Jake Adelstein in The Japan Times last year. "There is really nothing even close to the male-centered sex industry, which accounts for 2 percent of Japan's gross domestic product."

The internet doesn't have an international morality police, and probably never will. That's why contentious companies like Ashley Madison and global corporations like Google will continue to face hurdles in challenging markets like Japan. But although Ashley Madison may have reason to feel disgruntled, it shouldn't be surprised. It's built a business on controversy and provocation, and Japan's attitude to sex pinballs between permissive and prudish; perhaps this is one marriage that was never meant to be.