Last month, members of /r/Dogecoin, a subreddit dedicated to the meme-inspired cryptocurrency, helped raise more than $50,000 for NASCAR driver Josh Wise. As a result, his number 98 racecar will be sporting Dogecoin imagery during the upcoming race at Talladega Superspeedway on May 4th. Photos of the finished "Dogecar," as some are calling it, were tweeted by Phil Parsons Racing yesterday. An illustrated likeness of Kabosu, the now iconic Shiba Inu, features prominently on both the hood and rear bumper of the vehicle. 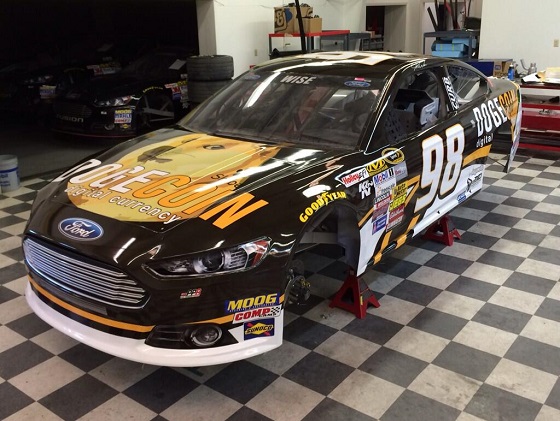 The "Dogecar" may also make an appearance at the Sprint Cup Series All Star race if Wise receives enough support from the public. Participation in the competition is restricted to the previous year's winners, top two finishers from a qualifying race, and the driver with the most fan votes.

Correction, April 28th, 6:40AM: An earlier description of the "Dogecar" incorrectly identified it as a Chevrolet SS.