Civilization is setting its sights on the stars. After years of building epic strategy games that follow the course of human history, developer Firaxis Games is taking the next entry in the series into the future with Civilization: Beyond Earth, slated to launch later this year. It's a game that follows a similar path to its predecessors, putting you in charge of a budding society and expanding into new areas and discovering new technologies. The difference is that this time, you'll be doing this in the distant future with a new settlement on a strange alien world.

"Civilization's always been a game about progress; about getting stronger and stronger and making the lives of your people better and better," lead designers Will Miller and David McDonough told The Verge via email. "We really want to continue this idea of progress."

At the outset of Beyond Earth, the planet has experienced a series of as-of-yet unclear "global events" that have forced the population to relocate to a distant plane, and you'll lead one of the expeditions searching for a suitable place to set up a colony. Whereas previous Civilization games had you taking control of different empires helmed by historic figures like Mahatma Gandhi, in Beyond Earth you're essentially starting your empire from scratch. You choose your leader, spaceship, and more to forge your budding colony's initial population, and these will influence what life will be like once you find a nice planet to settle down on.

"This is definitely a game that takes its influences from real science and hard science fiction."

Without a well of history to draw from, the Firaxis team instead turned primarily to science fiction to build the universe you'll be exploring in the game — one of the first things they did was cultivate a reading list of important sci-fi sources. But don't expect to see lightsabers or Klingons throughout your journey. "This is definitely a game that takes its influences from real science and hard science fiction," say Miller and McDonough. "There are some more extreme technologies, but our hope is that they will feel very plausible in light of what we've developed as the basis for the game." The game will also offer a largely optimistic take on humanity's hope for survival in the far future.

The actual gameplay will involve many of the same systems as past Civilization games, as you'll need to establish and develop cities, invest in research to improve the technologies at hand, tame the environment around you, and interact with different and occasionally hostile factions living on the same planet. The difference is that those technologies include things like launching satellites into space and the occasionally hostile environment includes things like devastating giant worms that can develop a taste for humans. 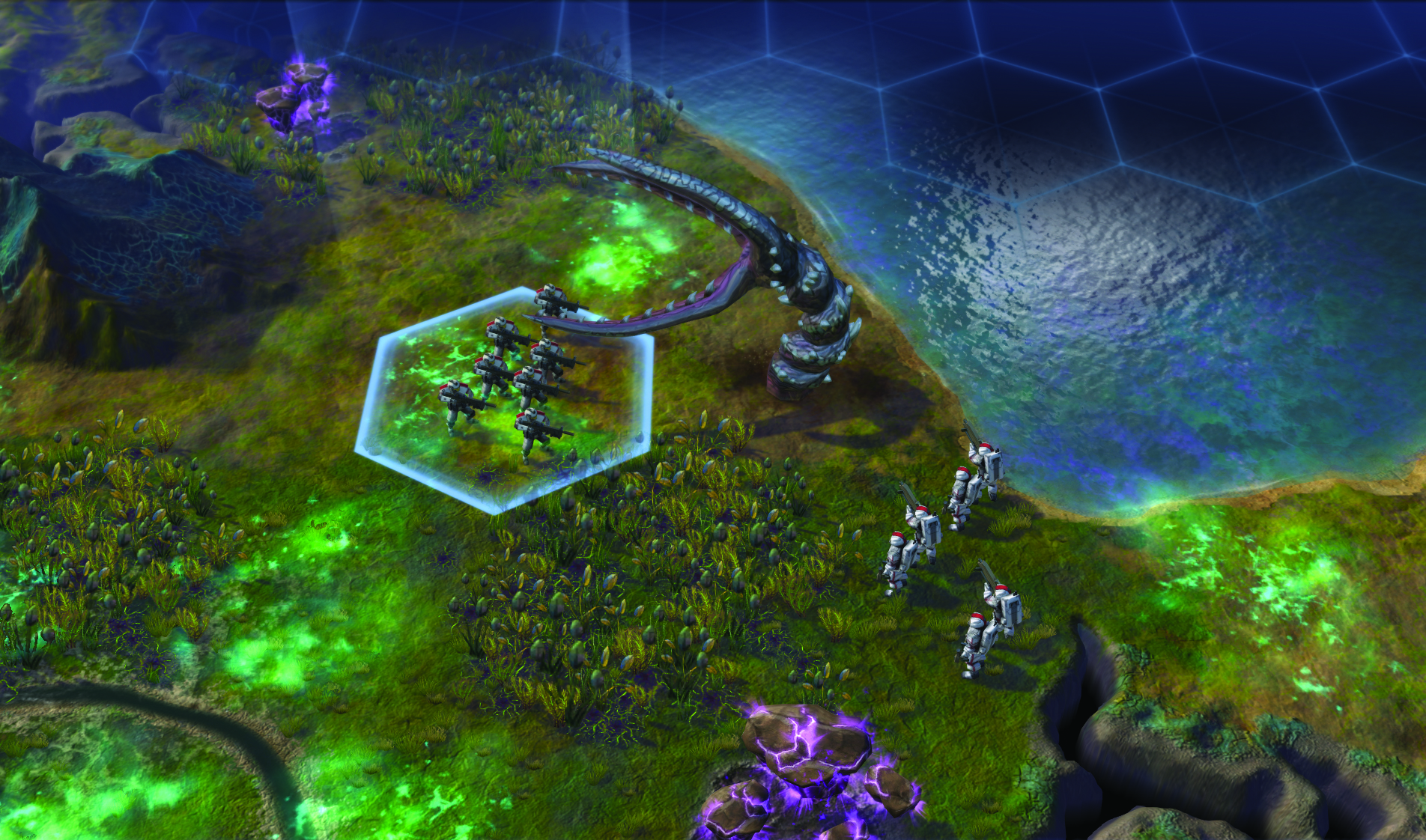 While this will be Civilization's first foray into space, it isn't the first for Firaxis, which released the strategy game Alpha Centauri in 1999. Like Beyond Earth, Alpha Centauri begins with a colonization mission and is, in essence, about shaping the future of mankind. In the newest Civilization, that future can move in one of three general directions depending on how you want to play. You can try to live in peace with the planet you're living on, or you can strive for domination through technological sophistication. There's also the option to emulate the Earth that was as best as you can, which serves as somewhat of a middle ground between the other two options.

An optimistic take on humanity's future

Sci-fi strategy games are nothing new, of course, but many have struggled with biting off more than they can chew. Spore, for instance, from the same team behind The Sims and SimCity, was filled with ambitious ideas that never really gelled into a deep and satisfying experience. Beyond Earth is hoping to combat this by thinking a bit smaller. "We have an advantage in that each game of Beyond Earth is the story of one planet's settlement and history," say Miller and McDonough. "By keeping the scope to that planet, you get all that emergent storytelling that Civ is famous for, and when you start a new game, you can say to yourself: 'Okay, now I'm on a different world!'" But the different directions your society can go in, and the influence technology can have on it, still allow the game to tackle important questions about the future of our species.

Beyond Earth doesn't have a specific release date yet, but it's slated to launch sometime this fall for Windows, Mac, and Linux. For a studio that has largely spent the past decade looking back at our past, it's a chance to finally explore just what our future might look like — and that's just what sci-fi nuts Miller and McDonough are hoping to do. "It's great to be able to step out of that historical mold and try to figure out what humanity will do next."