FCC chairman Tom Wheeler is offering the most stalwart defense yet for his controversial new net neutrality rules. After a huge backlash and two failed attempts to convince angry internet denizens that the FCC isn't about to destroy net neutrality in the name of corporate profits, the former cable industry lobbyist is addressing specific fears about how the new proposal could affect consumers in a new blog post.

Perhaps most significantly, he states that should this attempt fail, he won't hesitate to do what many furious individuals have been asking for all along: to reclassify and regulate internet service providers as a utility, just like traditional telephone service.

"If the proposal before us now turns out to be insufficient or if we observe anyone taking advantage of the rule, I won't hesitate to use Title II," writes Wheeler, referring to an option that would let the FCC regulate ISPs much like landline phones.

But Wheeler believes we can get to an "open internet" faster and with less work by adopting his new proposal. "We can use the court's roadmap to implement Open Internet regulation now rather than endure additional years of litigation and delay," writes the FCC leader.

"I won’t hesitate to use Title II."

He argues that by setting a "commercially reasonable" standard for what broadband providers can and cannot do when discriminating against traffic, we'll be in a better place than we are now.

In 2010, the FCC attempted to adopt rules for an Open Internet, but they were struck down by a court in January when they went beyond the organization's authority. The FCC had two options. The first was to expand its authority over broadband providers by reclassifying them as common carriers (utilities) using Title II of the Telecommunications Act. The second was to use some very specific language the court suggested and set up a "commercially reasonable" standard by which they could discriminate against some traffic here and there, such that the FCC would have a way to punish Comcast or AT&T if they did something clearly anti-competitive. 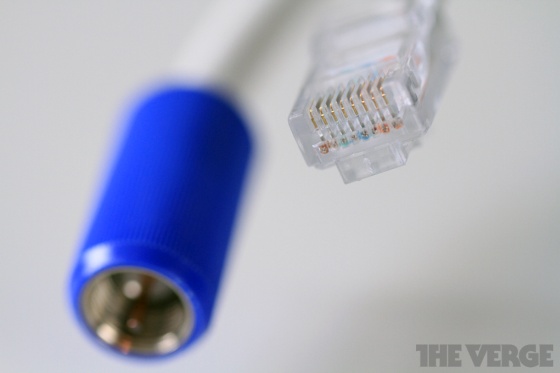 Unfortunately, the latter idea undermines the basic principle of net neutrality, as critics are quick to point out. The principle is that there should be no discrimination of any kind against any internet traffic, and the bits should flow freely without restriction.

Critics are decrying the idea as the FCC erecting a "fast lane" for companies able to pay that "commercially reasonable" fee, while everyone else gets a dirt road. Some worry that highly valuable companies like YouTube would have never gotten their start if they had to pay an entry fee to accomodate the unusually high amount of bandwidth they required, while others fear that if the likes of Comcast and AT&T will be less interested in improving their infrastructure if they can charge a toll. Back in 2010, the FCC actually warned the country about that exact possibilty, as Senator Al Franken (D-MN) noted in a letter to the FCC chairman (PDF) earlier this morning.

"I suggest they save their breath."

The FCC chairman attempts to address some of these concerns. He claims that it simply "won't be possible" for an internet provider to artificially degrade the quality of its service to create a "fast lane," to force consumers to a higher-priced tier, or to give an advantage to its own sports network instead of a competitor. Creators of internet content and services would also not have to pay special fees, he claims, in another example. In his opinion, he writes, such things would not meet a "commercially reasonable" standard. "If anyone acts to degrade the service for all for the benefit of a few, I intend to use every available power to stop it," writes Wheeler.

One might ask how Wheeler intends to prove that an ISP degraded its service, but Wheeler says the new rules would also include an expanded transparency requirement, including "information that would 'rat out' bad practices by ISPs." Wheeler says there would be serious penalties for companies that don't comply.

The whole blog post makes a fairly cogent argument about why the US might adopt the new rules — something along the lines of "Why not protect the internet at least a little bit right now, and we can take more drastic action if needed?" But Wheeler doesn't address the fundamental fact that any form of discrimination is the antithesis of net neutrality, counter to the very principle, and we only have his word that the FCC would police any abuses with vigor. We only have his word that he would indeed regulate broadband like a utility if these proposed rules fail. The word of a former cable lobbyist probably won't be enough to convince the critics.