High rollers: Las Vegas is poised to become the Disneyland of weed

Share All sharing options for: High rollers: Las Vegas is poised to become the Disneyland of weed

They won’t have neon signs, drive-thru windows, or 24-hour wedding chapels attached to them. But Las Vegas marijuana dispensaries will be massively profitable tourist attractions that could deepen the entire nation’s relationship with weed. At least that’s the hope of the 109 applicants who entered the heated competition for Vegas’ first medical marijuana dispensary and grow-room licenses in time for Tuesday’s deadline.

Nevada voters legalized medical marijuana way back in 2000, but the state only recently enacted regulations to allow people to open pot businesses legally. Unincorporated Clark County — not to be confused with Clark County, which contains the city of Las Vegas proper — includes the flashy 4.2-mile gambling corridor known as the Las Vegas Strip. It's home to mega-casinos like the Bellagio and Caesars Palace and became the first jurisdiction to draft its licensing requirements. Those requirements look a lot like the ones that control its lucrative gambling industry: they favor high rollers and are geared towards reaping massive profits.

Throw legal marijuana into the mix, and you've got a potential stateside Amsterdam

Although only medical marijuana is legal in Nevada now, a petition has been filed to legalize weed for recreational use, and it’s expected to pass by 2016. As it is, Vegas is known as a place where out-of-towners can come and get crazy for a weekend, because "whatever happens in Vegas stays in Vegas." Throw legal marijuana into the mix, and you’ve got a potential stateside Amsterdam.

As a result, Vegas has turned into a serious land grab for would-be marijuana entrepreneurs.

"Anybody who ever had any ambition to do something in the cannabis industry, whether they’re from CO, CA, they’re all looking at Las Vegas," says Leslie Bocskor, founding chairman of the Nevada Cannabis Industry Association, and a consultant and investment advisor to the cannabis industry at large.

Those wanting to get involved in Nevada’s weed industry will have to take part in a bifurcated process: first apply for a permit with the county, then apply for the state’s approval. The state has not opened up its application process yet.

And unlike most states in the country with legal medical marijuana, Nevada’s cannabis market will be for profit. That is, dispensaries won’t have to operate as collectives or cooperatives the way they do in California, for example. Nevada will also allow what’s known as "full reciprocity": people with medical marijuana cards from other states will be able buy cannabis in Nevada without having to get a new prescription or card. They’ll simply sign an affidavit when they enter their first dispensary. (And they'll have to stick to that dispensary, exclusively, for one month before trying another one.)

"People who aren't comfortable getting on an airplane with their medicine ... can get [it] when they arrive in Nevada."

Nevada officials are hoping this will make the state even more friendly to tourists, and those in the cannabis industry agree.

"People who aren’t comfortable getting on airplanes with their medicine now know they can get their medicine when they arrive in Nevada," says Kris Krane, a Phoenix, AZ-based consultant for the marijuana industry who also runs an incubator for startup cannabis companies.

Colorado and Washington have fully legalized weed for recreational as well as medicinal use, so in theory it would seem like those states would be bigger markets for cannabis. But those with knowledge of the marijuana industry believe that Nevada, and Vegas in particular, represents an even greater opportunity. According to a recent survey by Love Home Swap, a home and rental trading site, the Las Vegas Strip attracted 39 million tourists last year, making it the most visited tourist attraction in the world over both the Eiffel Tower and Times Square. If even as small as 1 percent of tourists have — or obtain when they arrive — a medical marijuana card and buy weed in Vegas, the numbers will be huge.

"We’re looking at anywhere from a $600 million to $1.5 billion yearly market in Vegas," says Derek Peterson, CEO of the Irvine, CA- based hydroponics company, Terra Tech, who applied for licenses. 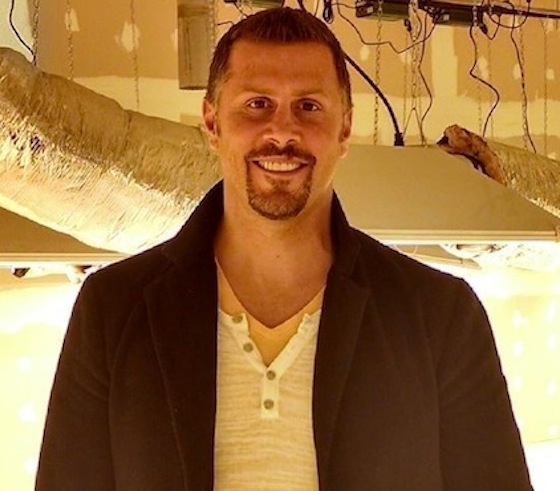 The competition is fierce: there are only 10 dispensary licenses being allocated for unincorporated Clark County, with a similarly limited number for growing operations, processing outfits (where marijuana could be turned into edibles), and testing labs. And the application requirements are enough to scare away all but the richest and best-connected players: prospective cannabis business owners have to prove they have $250,000 in liquid assets, on top of $35,000 in application and registration fees. They also have to submit to extensive background checks, not unlike those required for "unlimited gaming licenses" that are required to operate casinos in the state.

"There’s a saying in Nevada that it’s harder to get an unlimited gaming license than it is to become a Secret Service agent guarding the president," says Bocskor. Likewise, anybody wishing to legally sell weed near the Strip better be squeaky clean and majorly bankrolled. The similarities between the county’s gambling regulations and its weed-market regulations are by design.

"We have had a great experience with licensing gaming institutions, and we’ve brought that concept to bear here," says Richard "Tick" Segerblom, state senator for Nevada’s District 3, which encompasses the Strip.

But don’t expect to see the Steve Wynns of the world — big-league casino operators — opening up pot clubs. Segerblom says the Nevada Gaming Commission and State Gaming Control Board have made it clear they would not look kindly on that, given that pot is still federally illegal. "They’re very protective of our [gambling] industry, and they don’t want to do anything that will run afoul of the feds," Segerblom says.

Applicants will also be graded on how much income tax they've paid to the state of Nevada, making it necessary for out-of-state players to partner up with well-heeled local businesspeople to get an edge.

Derek Peterson is an example of somebody who wasn’t scared away by the rules. A recognizable name in the nation’s burgeoning marijuana industry, the former Morgan Stanley investment banker operates a cooperative cannabis dispensary in Oakland, CA, called Blum, and is also the CEO of Terra Tech, which is a public company selling hydroponic grow equipment.

Peterson set up a separate LLC solely for the purpose of applying for licenses in unincorporated Clark County, hoping to run two dispensaries and two grow operations. He hired a lobbyist and an established Las Vegas law firm with experience applying for gaming licenses to put together his 500-page application. His business plan includes a shuttle service to transport people from casinos to his dispensaries.

Peterson will find out if he got the licenses he applied for in June, but then must also apply for a permit at the state level.

"Will they do what strip clubs do, where they pay taxi drivers to bring their guys there?"

In general, so-called Sin City is acting conservatively with its first steps into marijuana capitalism. No big flashy signs are permitted, no dispensaries are allowed on the Strip itself (though near the Strip is fine), and businesses can only operate during daylight hours. "Nevada isn’t what people think on the outside — we have a tolerance for many things, but we move sort of slowly into those things," says Joe Brezny, executive director of the Nevada Cannabis Industry Association.

"How will these places advertise? Will they do what strip clubs do, where they pay taxi drivers to bring their guys there? Or are you going to give the hotel concierge an incentive to recommend your club?" says Lisa Mayo-DeRiso of Mayo & Associates, a Las Vegas consulting firm working with several cannabis business applicants. "It’s still an unanswered question." 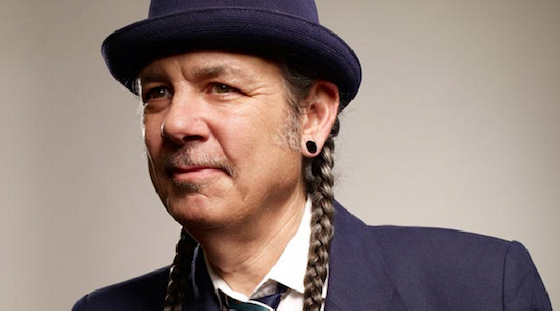 Steve D’Angelo, a longtime marijuana activist and executive director of the Harborside Health Center medical marijuana dispensaries in Oakland and San Jose, CA, says he believes the cannabis industry in Vegas should take pains to differentiate itself from the casinos, or risk a culture clash.

In a white paper he wrote, entitled: "Opportunity or Peril: The Economic Potential of Cannabis Tourism in Las Vegas," D’Angelo advocated for self-contained cannabis-themed resorts, complete with cannabis film festivals and museums, hotel rooms with hemp sheets and in-room vaporizers, and cafes serving salads with organic hemp-seed dressing. The alternative, he writes, is a scenario where patients "ingest" cannabis in their hotel rooms, casino bathrooms, public walkways, shows, and nightclubs. "Wafting smoke and seeping aromas will confront and disturb families and children along with much of the existing adult clientele," he writes ominously.

In other words, casinos and cannabis, at least in D’Angelo’s opinion, don’t mix.

That said, D’Angelo is also throwing his hat in the ring in Nevada — just not in unincorporated Clark County. He says he objects to the county’s stipulation that all its weed must be grown indoors, rather than in more environmentally friendly greenhouses.

D’Angelo was cagey about exactly where he’d be applying for a cannabis business license, but says he was excited about the potential of downtown Las Vegas, which Zappos CEO Tony Hsieh has been trying to reengineer into a playground for artists and tech startups. (Downtown Las Vegas is in a different jurisdiction from the Strip. It belongs to the city of Las Vegas, as opposed to the Strip, the Airport, and the University of Nevada, Las Vegas, which belong to unincorporated Clark County.) The city of Las Vegas is expected to begin its licensing process soon.

Meanwhile, the rest of the country continues to find Vegas’ vision compelling enough based on past history. The place is less a city than a state of mind — one where you're free to live out your fantasies, including the naughty ones. "People who love cannabis will come to Las Vegas," says D’Angelo. "We need to create an all-encompassing, immersive cannabis experience, not just be vending little bags of pot."