The year is 2018. The death of net neutrality was just the beginning.

Boop boop beep boop — *snap* — boop boop. You stare at the decaying paint chips on your bedroom ceiling while that stupid jingle loops again. It’s the only ringtone that comes free with your AT&T phone, and you hear it everywhere. You hear it when you wake up. You hear it when you’re walking down the street. You hear it on TV. It’s the strongest signal in the universe, reminding you that you’re never alone. You’ve always got AT&T, and it’s always got you. 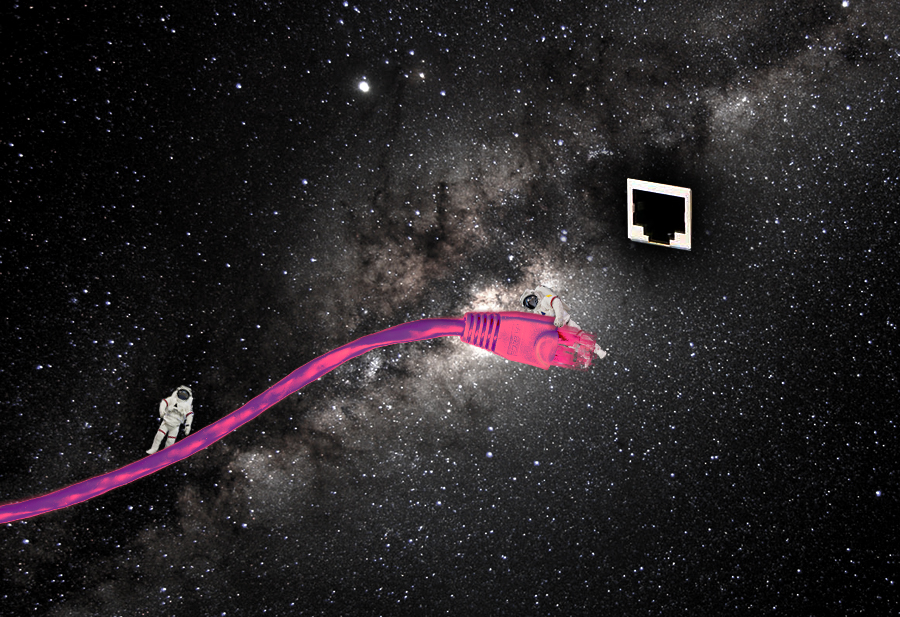 You’re almost too embarrassed to pull out your phone on the bus. It’s slow and old now, and the battery barely lasts for half a day. The edges are scuffed and the screen has a couple of discolored spots. Your phone is a plastic piece of shit that was made by some faceless factory worker from god-knows-where, but at least now that your contract is over it’s finally yours. Sort of. It’s tied to your name, and you can’t sell it to someone else or use it on a different network, but it’ll make a fine paperweight.

You can’t wait to buy AT&T’s New Phone. It’s only $299 on a new contract. You’ve saved up for months, because it’s definitely going to be the hottest device of 2018. At least, that’s what that handsome man on TV with the suspiciously perfect smile says. What’s better: faster, or slower?, he asks a group of preschoolers. Definitely faster. Faster is always better. Even preschoolers know that.

Boop boop beep boop. You hear that goddamn jingle again. You want to buy the new Katy Perry song on AT&T Music to use for your alarm, but it costs five bucks. Your nerdy friend says he can unlock your phone so you can put your own music on it, but there’s a decent chance you’ll get busted, and AT&T will turn your phone into a useless brick and kick you off of the network. Verizon sucks in your town, and there’s no way you’re going to be seen using the chintzy prepaid crap that Sprint-T-Mobile offers.

Oh well, you think. You’re about to upgrade. Everything will be better when you upgrade. You’ve been looking forward to this day for almost three years.

You walk into the AT&T Store and a sense of calm sinks into your bones. An elegant juxtaposition of smooth white surfaces and expensive wood paneling twists down a long hallway, cradling rows of glowing rectangles. The AT&T jingle confronts you from every direction as if it was already playing in your head. Your senses are bathed in the brand. The entire room converges at the end of the hallway on a giant orb resembling the planet Earth. The subtext is clear: AT&T owns the world, and you’re just living in it.

The AT&T salesman greets you with a smile, letting you know it’s all going to be okay. He shows you a number of pamphlets and walks you over to a row of New Phones. You’re most excited about AT&T Platinum 4G, its new super-fast data service. It’s basically the same 4G that you’ve had for years, but you get to listen to AT&T Music and watch AT&T News and use AT&T Video Chat and download apps from the AT&T App Store without eating up any of your data. The plan only costs $100 a month, but you get the unlimited text-message package for an extra $20 since AT&T Instant Chat isn’t available for your friends on Verizon.

It’s a good thing you’re still dressed up for work, because you’re renewing your vows today. You walk down the aisle to the register, hand over your savings, and the cashier drops a box in a bright orange bag. Your marriage has been extended until 2021. The honeymoon will be over in a month.

Equality is the fundamental principle of net neutrality, and the FCC’s latest proposed rules threaten to destroy it. Without it, ISPs and carriers are free to treat the internet like their own managed cable TV networks, monitoring and filtering the traffic that passes over. They become the ultimate gatekeepers, creating fast and slow lanes for the services of their choice, potentially blocking others, and giving special treatment to the websites and services that are vertically integrated with their companies.

In the worst-case scenario, powerful internet providers with integrated media companies (like Comcast–NBC Universal) would make services they don’t like difficult if not impossible to use. It’s happened before; in 2007, Comcast slowed down traffic to BitTorrent, a massive peer-to-peer file-sharing network. In 2012, AT&T blocked video chat on FaceTime and Google Hangouts for completely arbitrary reasons.

Beyond blocking, companies will also vie to make "fast lanes" for services that can afford to pay tolls. In January, AT&T took the first steps towards favoring specific services with a "sponsored data" plan that lets brands with enough money subsidize your data. If these trends continue, the internet will become a pay-to-play scheme instead of a thriving source of innovation and freedom. 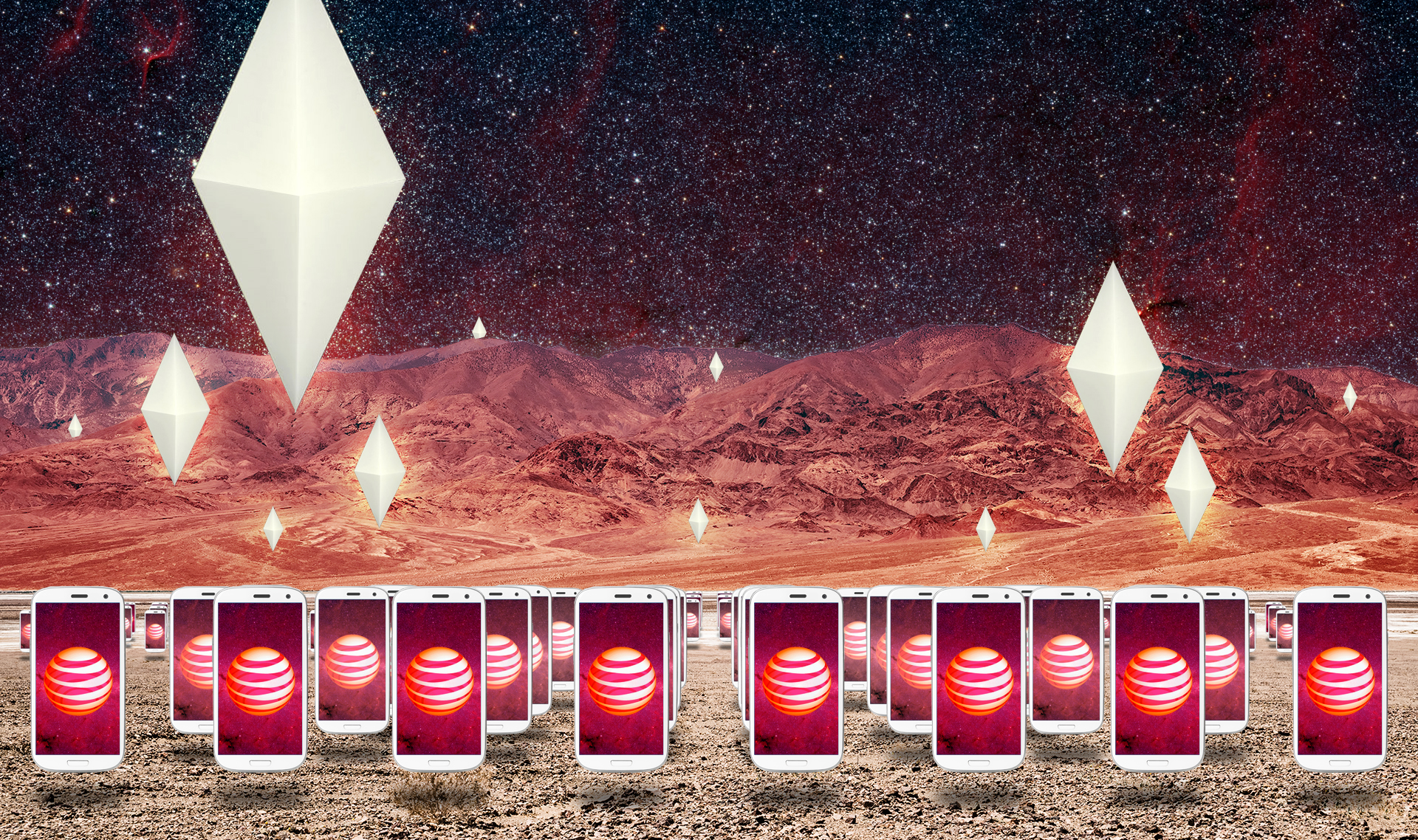 You get home, kick your shoes off, and plop down on the couch. It’s time for some TV. Unfortunately AT&T still doesn’t let you watch Netflix on your phone, and your New Phone isn’t compatible with your home router’s Wi-Fi chip, so you set it aside and turn on your computer. Fortunately you’re a member of the internet’s upper-class: the group of Americans with access to broadband at home. And like most people with cable internet, you live in Comcast Country.

There’s simply no better choice than Comcast. Because it’s the only choice.

Everything in Comcast Country is fast. Yahoo is fast. Facebook is fast. You don’t know how much Rupert Murdoch paid for his fast lane, but it must be a lot: nothing loads as quickly as Fox News. Microsoft made a deal for its new console, so the Xbox lives in Comcast Country. You’d honestly rather play Killzone 7 than Titanfall: Black Ops, but PlayStation multiplayer costs extra. Everything outside of Comcast Country is slow, and you have to look at Comcast’s ads before you leave the border. But at least the ads don’t suck. Comcast knows everywhere you go on the internet, and it knows what you like. Yes, I do need a new bicycle, you think to yourself. But only from Amazon, not eBay. eBay is slow. Amazon is in Comcast Country.

There is no meaningful competition for internet access in America. If you’re like about 70 percent of Americans, you’ve got just one real choice for high-speed internet at home: the local cable monopoly. Mobile internet and DSL don’t even come close, unless you like slow speeds and miniscule data limits. And it’s only getting worse; Comcast’s proposed deal to take over Time Warner Cable will give it an iron grip over every major market in the United States.

Mobile carriers have even more control than wired broadband companies. The FCC has kept wireless juggernauts like AT&T and Verizon in a sphere of isolation from open internet rules because of mind-boggling arguments, like the idea that Android’s openness means that mobile networks are inherently open, too. (In reality, carriers have locked down Android for years, delaying or keeping critical updates out of the handsets of consumers.) They’ve even convinced the government that it’s a good idea to make unlocking your cellphone against the law. Think about that: it's illegal to unlock a device you own and paid for from the network it belongs to. 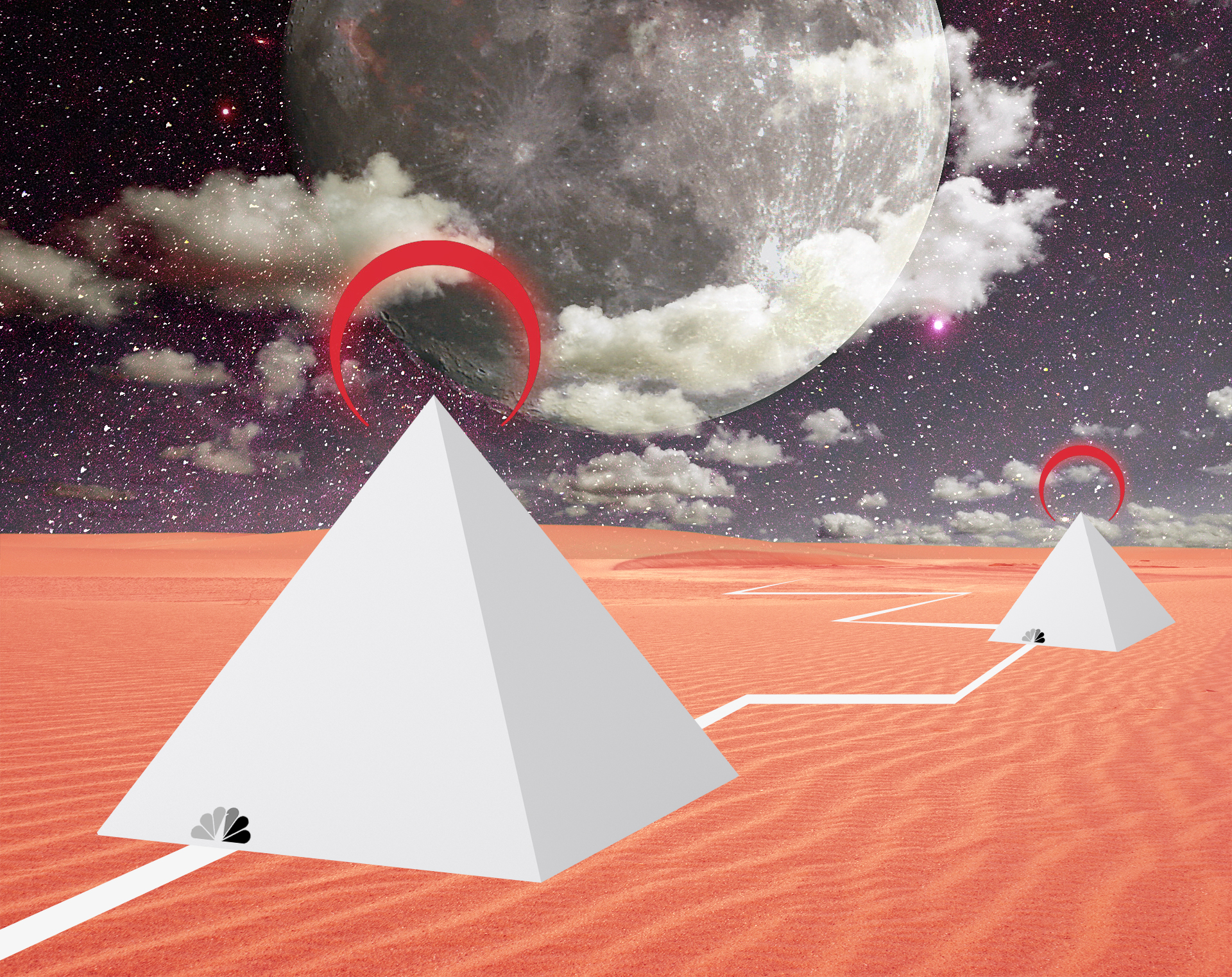 After 30 minutes of spinning the New Releases carousel you catch yourself drooling and realize you haven’t actually seen anything new added to Netflix in months. You walk over to the strip mall to Blockbuster Video: it’s back from the dead, and you’re gonna do Hollywood the new old-fashioned way. Tonight you’re renting a classic, The Matrix. It’s a movie about a sentient race of robots that have imprisoned humanity inside of a shitty computer program where poverty and disease and flip phones are still real. The hero, Neo, achieves freedom by escaping the network.

You pass out, dreaming that you’re just like Neo, stuck in a bath of goopy pink slime, trying desperately to escape your nightmare. You reach for the cable stuck in the back of your head, ready once and for all to cast off the chains. As you grip the metal plug, your New Phone rings. It’s a Comcast autodialer, reminding you in a robotic voice that it’ll cost $350 to end your contract early. As you wait on hold to speak with a representative, you realize you forgot to buy a plan with ample AT&T Anytime Minutes. But at least you’ll have a reason to go to the store tomorrow.

President Obama took the unprecedented step of making net neutrality a campaign promise in 2008, only to sit on the sidelines in following years. In January 2014, he reiterated his support while making the bold claim that he may never have been elected president without an open internet.

Congress has also sat on the sidelines for more than a decade while the FCC horribly fumbled several attempts to implement net neutrality. The FCC’s authority to regulate the internet comes in large part from an act passed in 1996. That’s not a long time ago to lawmakers who’ve been in office for decades, but it’s an eternity in internet history; that’s more than a decade before the iPhone revolutionized the mobile internet we know and love today.

Of course, the FCC does have the authority to regulate internet providers as what they really are: public utilities. It just needs the courage to make rational policy.