On stage at Facebook's F8 developer conference, CEO Mark Zuckerberg just announced that Facebook's users will soon be able to sign into third-party apps anonymously without revealing their personal details. "Some people are scared of pressing this blue button," Zuckerberg said of the "login with Facebook" icon. "If you're using an app that you don't completely trust or you're worried might spam your friends, you're not going to give it a lot of permissions."

Anonymous login solves all of this by hiding your personal information from developers until you've used it and are comfortable handing those details over. "Even if you don't want an app to know who you are yet, you still want a streamlined process for signing in," Zuckerberg said. Anonymous login serves as a hassle-free and risk-free way to login and try apps, and that same anonymous login data can be synced across devices so you won't need to repeat the process over and over again. Essentially, it's a way for Facebook's billion users to "try apps without fear" said Zuckerberg. Anonymous login is currently in testing with "a few" developers and will be opened to more app makers in the coming months. 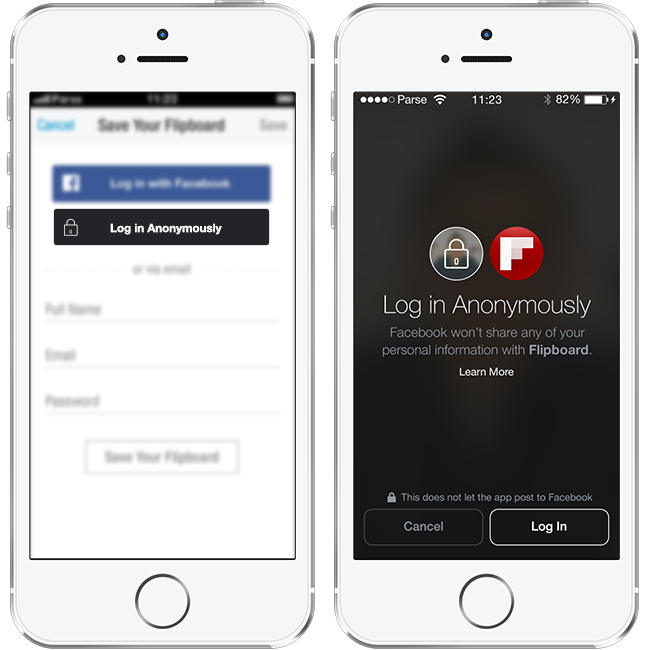 "You can always sign in with your own identity once you're more comfortable with the app," said Zuckerberg. And when that happens, you'll see new, easy-to-understand permissions that will help you immediately decide what information each app can access. "For example, if someone wants to share their email address with an app, but not their birthday, they can make that choice with a couple taps," Facebook says.

The company will also start reviewing new apps that allow Facebook logins to make sure developers aren't posting to your wall or secretly pulling other tricks without your go-ahead. Like anonymous login, the new permissions screen will be rolling out over the next few months. 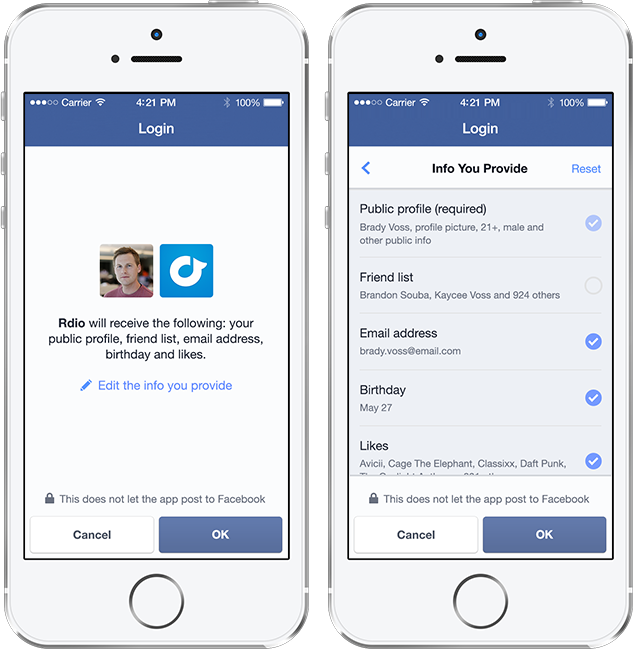