NASA's next spacesuit is this glowing hunchback chosen by online voters

Share All sharing options for: NASA's next spacesuit is this glowing hunchback chosen by online voters

Last month, NASA asked people to vote for their favorite out of three possible designs for the outer shell of its Z-2 spacesuit. The winner has just been announced: 63 percent of voters felt very strongly about the aqua-blue enhanced "technology" design, which resembles the costumes in the classic sci-fi movie Tron.

The designs weren't that different, mostly varying in color scheme. All featured electroluminescent trim and geometric chest emblems. The contest is consistent with NASA's recent attempts to use the internet to get people excited about its activities in spite of a reduced budget. 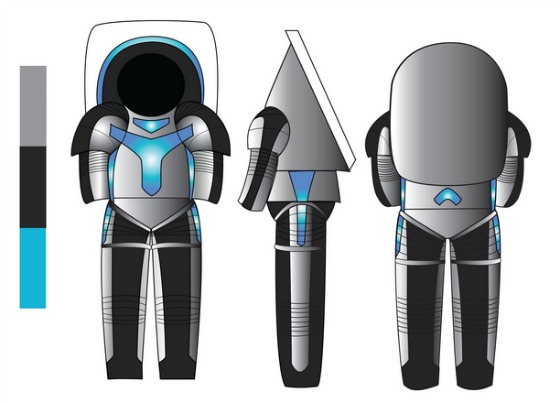 The suit will be released in the fall, although unfortunately as a prototype it will be used in training and ground tests, not actual space. It's definitely an improvement over the Z-2's predecessor, which looked like a '90s sneaker.