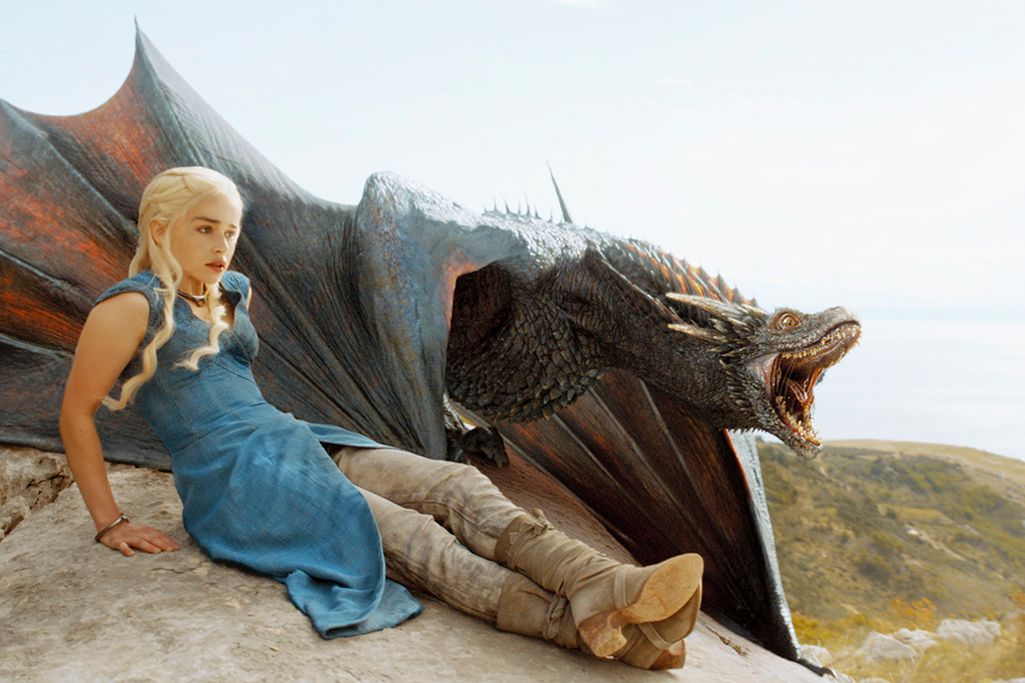 Be forewarned: there are some serious season three spoilers ahead.

When HBO’s hit series Game of Thrones first premiered, there was one moment that fans of the long-running book series had been waiting to see play out, and last season they got it. For the uninitiated, the so-called Red Wedding killed off several main characters that had been around since the show’s inception — and did so in spectacularly brutal fashion. The bloodbath totaled less than five minutes of screen time, but it resonated because of Game of Thrones’ modus operandi: giving audiences a long slow build before unleashing gut-wrenching fury. The plotting, the witticisms — yes, even the gratuitous amounts of nudity and violence — represent hours of investment into major characters, so when they eventually meet their less-than-noble deaths, you feel it.

So now that Game of Thrones is returning on HBO this Sunday, there’s really just one question to ask: how much more devastating can things get?

After three years on the air, the adaptation of George R.R. Martin’s saga has racked up more characters and storylines than any sane person can keep track of. So before we dive into what’s to come, let’s take an all-too-brief look back at how we left Westeros last season. 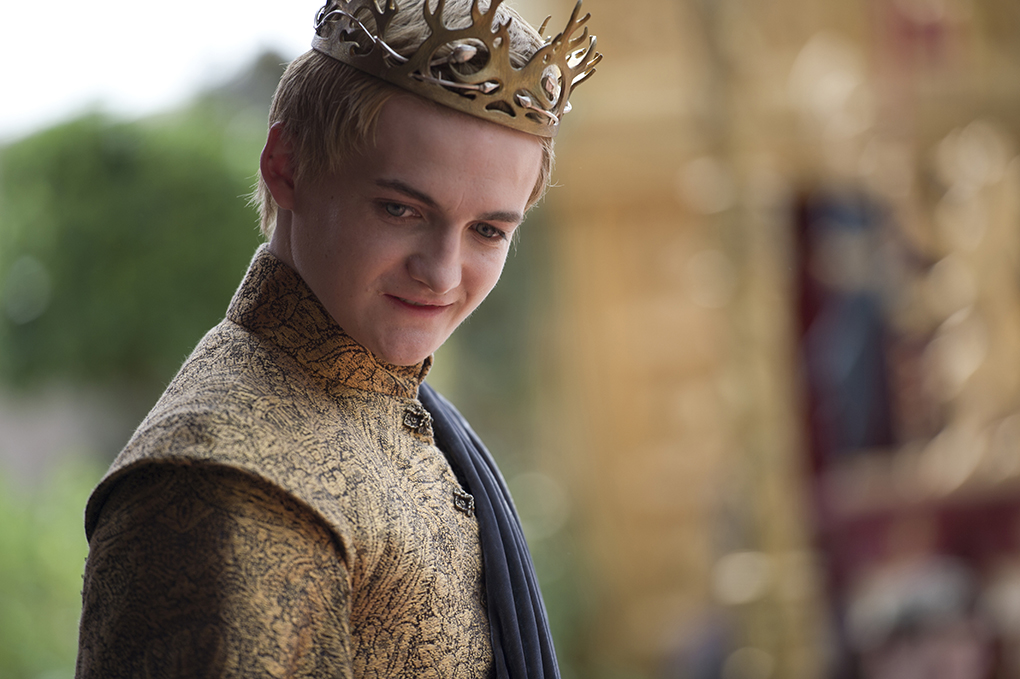 The cruelest family in the land is now back together in King’s Landing. Patriarch Tywin Lannister is maintaining a firm grasp on power by serving as advisor to his sadistic grandson King Joffrey. The family misfit Tyrion Lannister — played to perfection by Peter Dinklage — has been sidelined and forced to marry Joffrey’s ex-fiance Sansa Stark, although he’s done that to protect her from the king’s violent tendencies more than anything else. 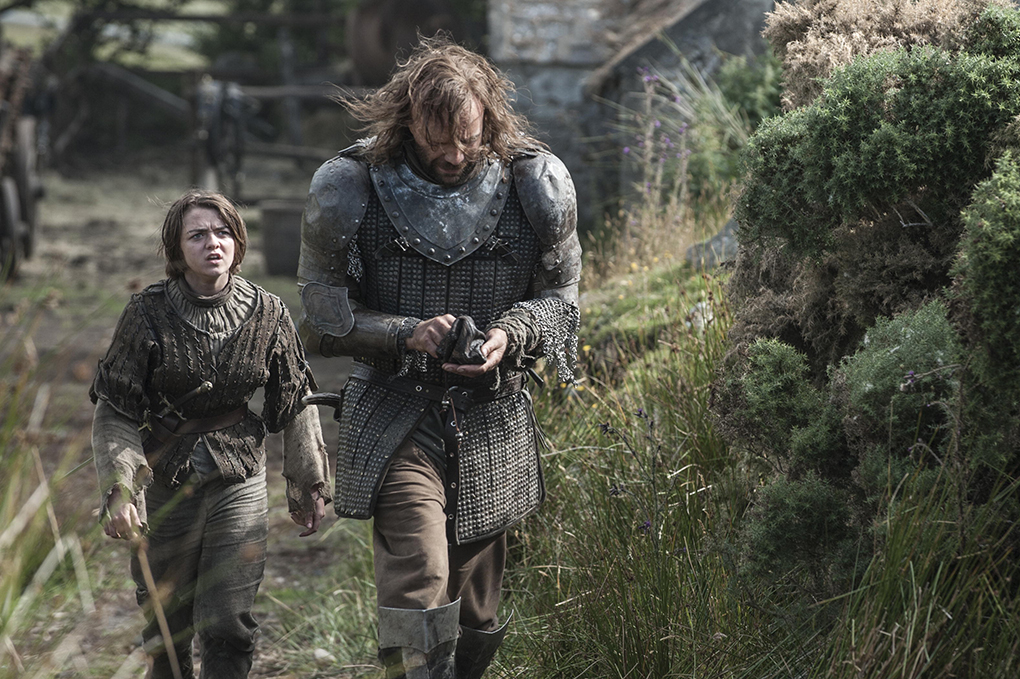 Once the presumptive heroes of the show, the Stark clan has been largely wiped out, and those remaining are scattered around Westeros. Stark daughter Arya is riding off to parts unknown with her brutal captor, known as The Hound. Bran — who was paralyzed by Jamie Lannister at the very start of the show — is heading north with a ragtag group, including his protector Hodor. Bran’s prophetic dreams and mystical powers appear to be growing more intense.

JON SNOW AND THE NIGHT'S WATCH 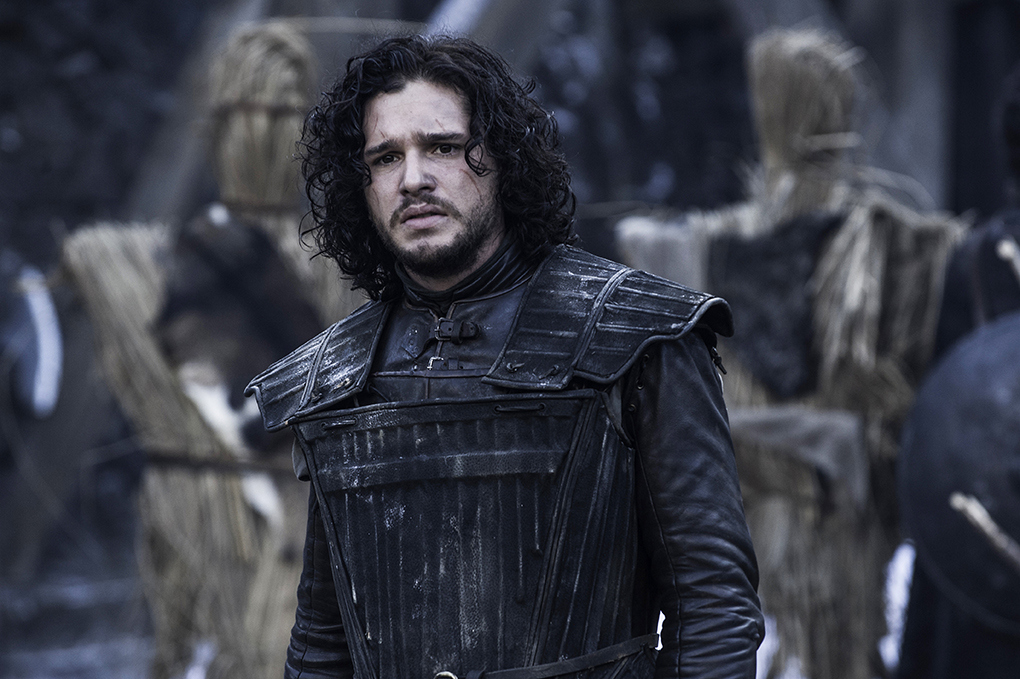 Jon Snow, Bran’s bastard half-brother, has managed to escape from the free-roaming gypsies known as the "wildlings." He’s returned to the great wall that separates the unexplored northern lands of Westeros from the various kingdoms. Meanwhile, his friend Samwell has alerted the Night’s Watch — a band of fighters stationed at the wall — that the mystical zombies they call White Walkers have returned. 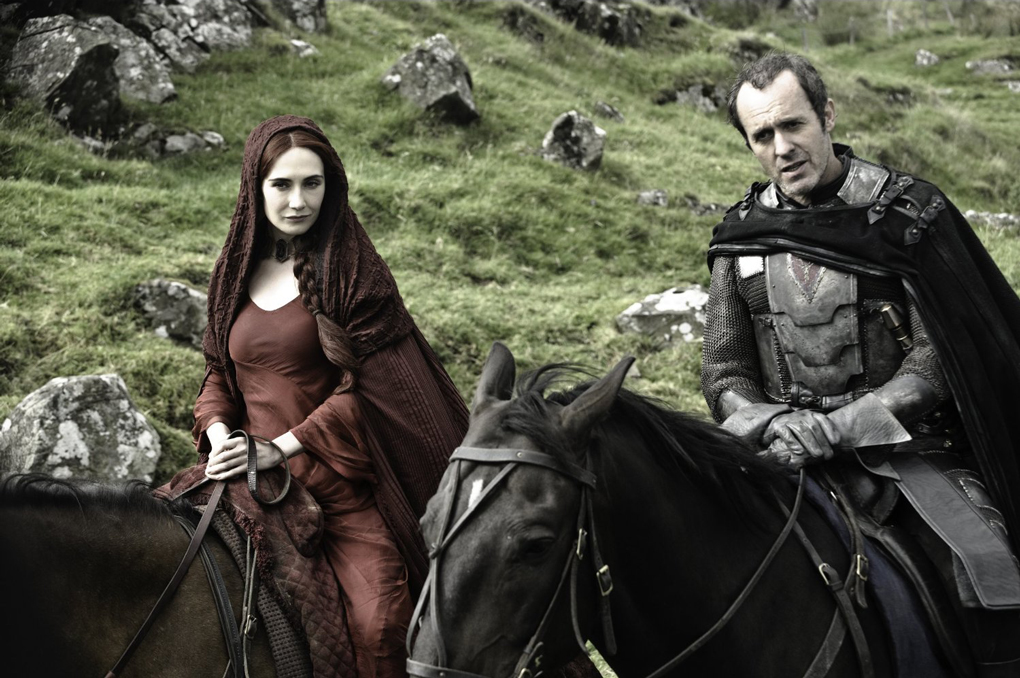 Stannis Baratheon, who up until this point had been waging a war to become the king of Westeros himself, is convinced to focus on the coming threat of the White Walkers. The person doing the convincing is his advisor, the witch Melisandre — but the limits of her powers aren’t entirely clear. 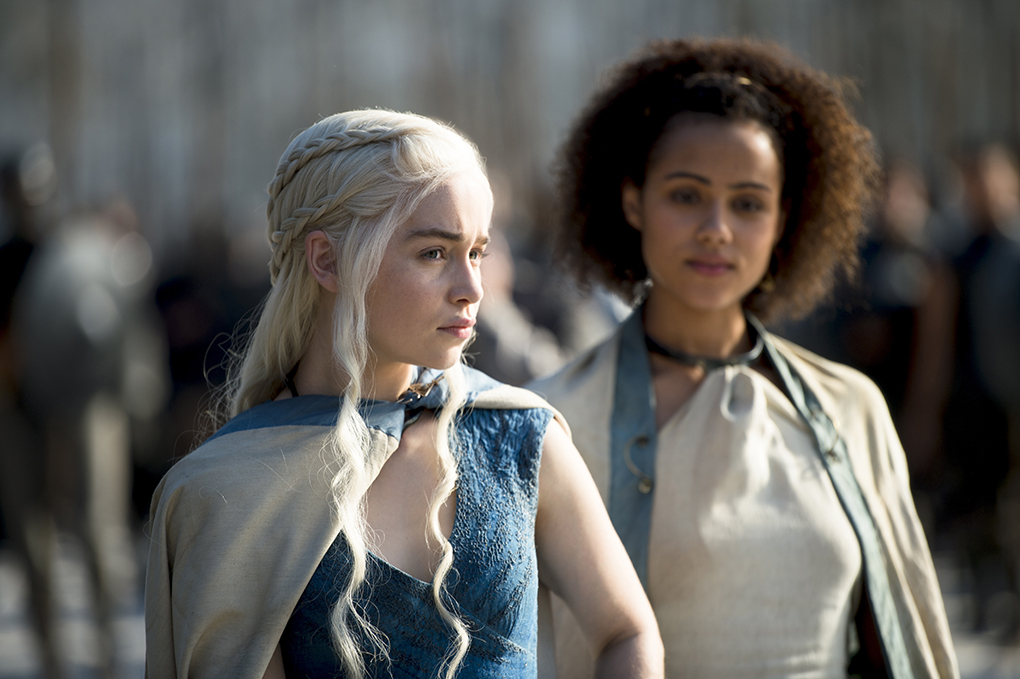 Daenerys Targaryen, also known as the "mother of dragons," has her own claim to the Iron Throne of Westeros. She continues to reside on a completely different continent as the rest of the characters, where she is slowly amassing the resources needed to take her rightful place by force. She now has an army of former slaves and three rapidly growing dragons at her side — and seems prepared to do anything to take the throne. 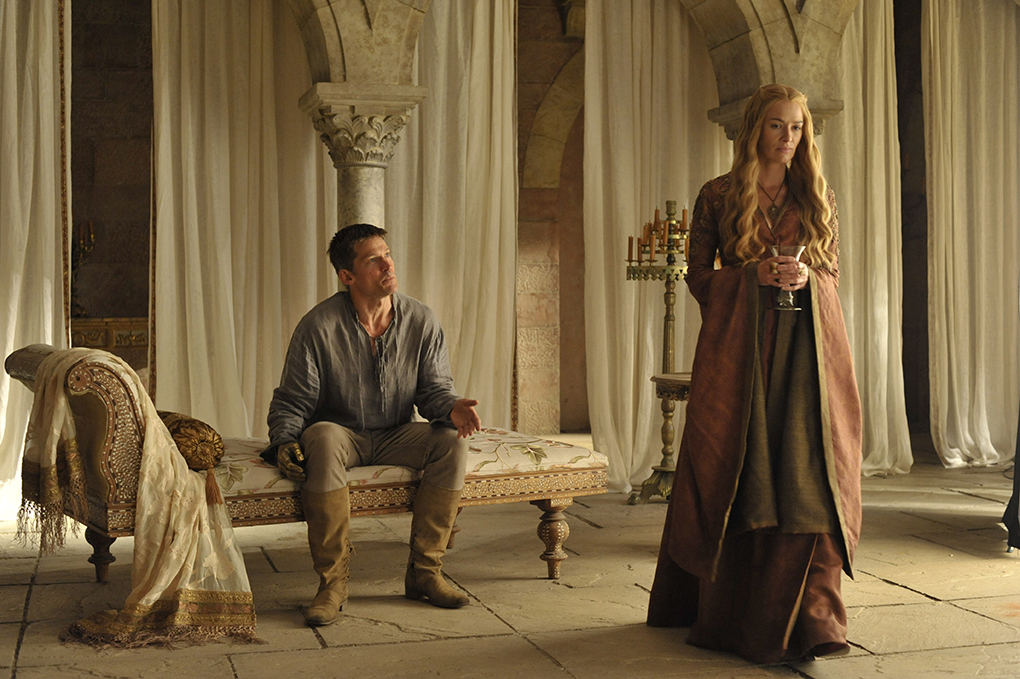 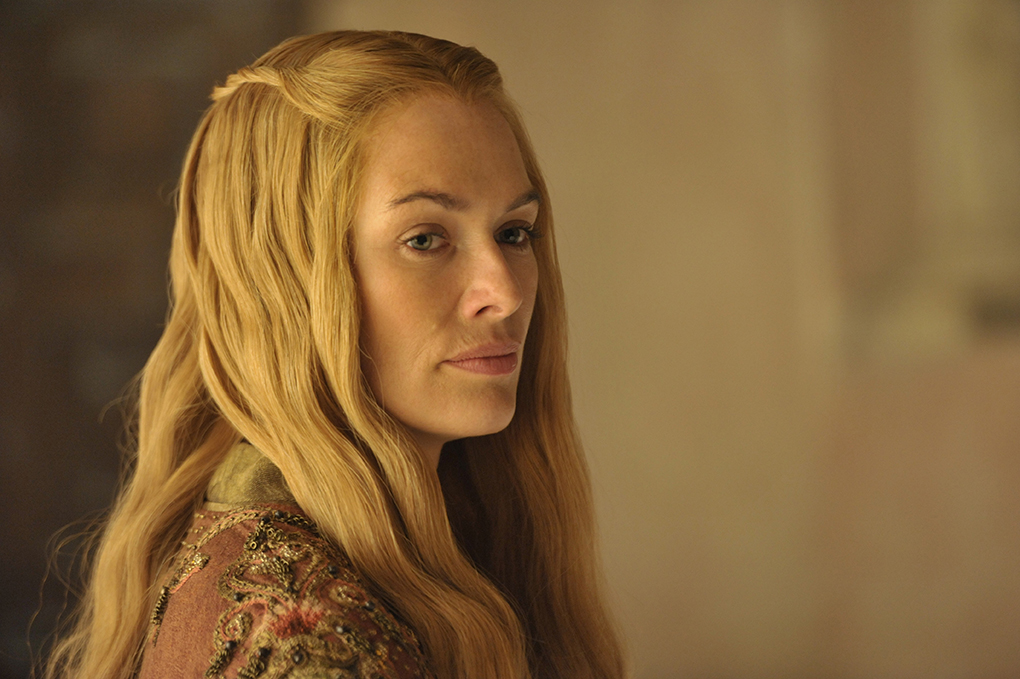 There are plenty of new conflicts to go around

As it has in years past, the new season’s premiere dives right in, jumping between as many of those narrative threads as it can in an hour’s time. While it brings all the fan favorites to the forefront, the focus is on slow, expository scenes of debate and reflection. It’s all set-up, lining up the alliances and conflicts we’ll see play out in the season ahead, and there’s plenty of both to go around. Reunited with his sister and incestuous lover, Jaime Lannister (Nikolaj Coster-Waldau) senses something is wrong right from the start. "You come back with no apologies and one hand and expect everything to be the same," his sister tells him, and she’s right. Jaime’s changed over the years — for a man that started out so evil, he’s actually somewhat likeable now — and throughout the episode we see him coming to grips with the fact that he can’t return to his old comfort zone.

Complicating matters further for the Lannisters is the appearance of a new character, Oberyn Martell (a smirking Pedro Pascal). He’s introduced in the most Thrones-ian way possible: two parts sex, one part random violence. He’s a menacing foil for Tyrion, and makes it clear in no uncertain terms that he carries great ill will towards the entire Lannister family. 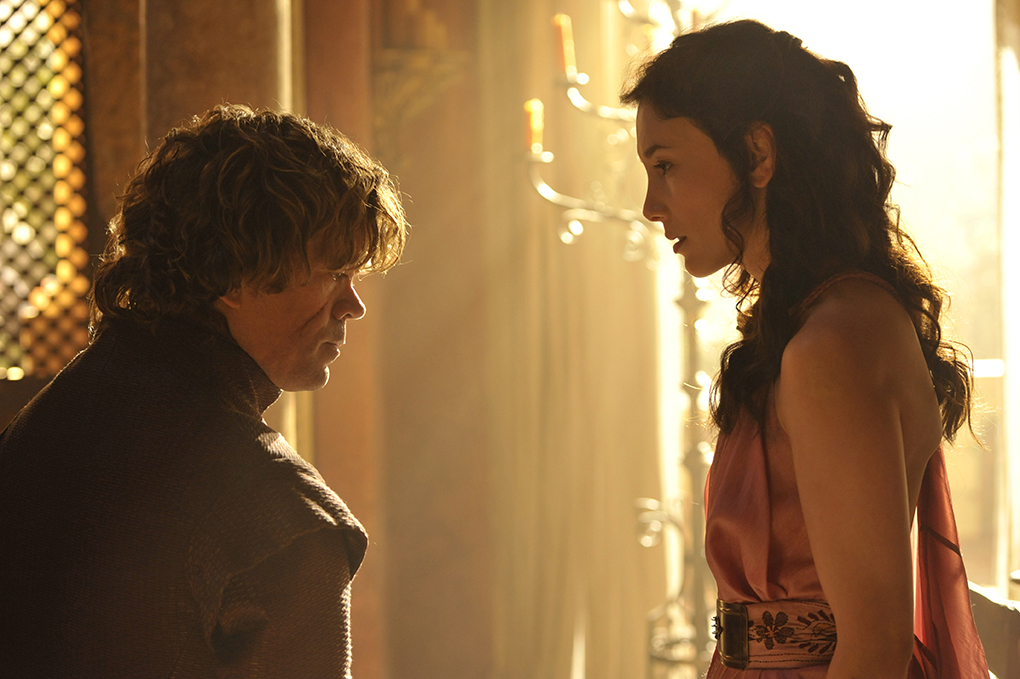 But while the Lannisters are learning that a legacy of treachery has its downsides, showrunners David Benioff and D.B. Weiss seem to be laying the groundwork for the remaining Stark children to come into their own. Jon Snow, returning to Night’s Watch, has a level of confidence that we haven’t seen from him in quite some time. And Maisie Williams shines yet again as young Arya Stark. We’ve slowly seen Arya change as her formative years were defined by murder and betrayal, but here she takes a brutal step down a path that she may never be able to come back from again.

A childhood of lies and murder has changed Arya Stark

The first two seasons of Thrones were one-to-one adaptations of specific books, but when it came time for the third novel, A Storm of Swords, Benioff and Weiss tackled just the first half of the story last season. Season four represents the completion of that tale, so fans who have read the book have a pretty good idea of the shocks ahead. One event in particular, the chronology of which has been slightly rearranged for the television adaptation, is expected very early in the season — and will assuredly change the course of the story in ways that Sunday’s premiere doesn’t even hint at.

Will this new season bring another watershed moment like the Red Wedding? Even those who knew that massacre was coming were devastated by seeing it actually come to pass, but Game of Thrones has never lived on plot twists alone; spoilers for every season have been available in paperback for over a decade. Where the show has always thrived is fleshing out the world and all its facets (this is the series that inspired the neologism "sexposition," after all). The premiere of season four is, if anything, the calm before the storm. It’s indulgent, both in its pacing and content — and love it or hate it, that’s Game of Thrones in its purest form.

The new season of Game of Thrones premieres this Sunday night. All images courtesy of HBO.