Former President George W. Bush revealed his private artwork on his own terms today. Appearing on the Today Show this morning, Bush spoke to his daughter Jenna in an interview about his collection called "The Art of Leadership: A President's Personal Diplomacy," which will be shown starting April 5 at the George W. Bush Presidential Center. Bush talked about how he began making art as a way to keep busy after his presidency, and he explains the inspiration behind these paintings of world leaders and individuals from his life.

While the collection was inspired by friendship, Bush explains that he tried to immortalize each person in a piece of art that reflects their character as he knew it. The former president talks about his relationship with Vladimir Putin, and how the Russian leader "dissed" Bush's Scottish terrier Barney, exerting his power by comparing Barney to his own, much larger hound. "Anyone who thinks my dog is bigger than your dog is an interesting character," Bush said. "That painting kind of reflects that." 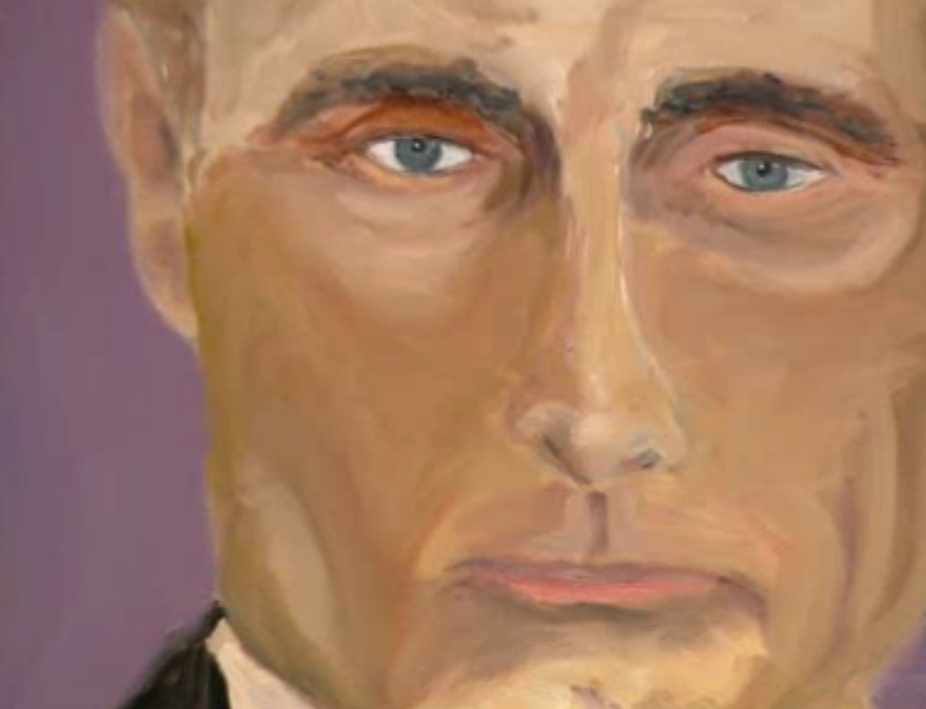 While Bush is no Rembrandt, he says he wants to unlock his inner artist while reflecting the people in his life through painting. When the former president's wife Laura Bush was asked how a painting of her came out, she was supportive, yet direct: "It still needs some work."