Retrovolution: mining the past to make the future

In search of the authentic, nostalgic, or simply familiar, designers keep resurrecting the classics

Share All sharing options for: Retrovolution: mining the past to make the future

Anders Warming doesn’t like the word “retro.” Ever since taking over as Mini’s chief of design in 2010, Warming has had to wrestle with the term’s meaning and its application to his company’s cars. Because it stems from “retrospective,” says the Danish designer, “it means you’re looking in the wrong direction.” He prefers to think of heritage instead, a concept that simultaneously acknowledges where a design comes from and looks to where it needs to be going.

Lenovo’s Arimasa Naitoh thinks along similar lines. He has led the ThinkPad laptop team ever since its inception in 1992 and remains conscious of the need for “commonality and consistency” between models, so that familiarity with one ThinkPad would make people comfortable with the company’s entire line. That’s why ThinkPads are always black and will, as long as Naitoh is around, continue to punctuate their keyboards with the signature red TrackPoint nub.

Whether explicitly hearkening back to a bygone era or simply maintaining an unaltered design for so long that it gets classified as retro, Warming and Naitoh face a similar challenge: how do you evolve a classic design? The same qualities that make a particular product compelling — whether it evokes a sense of nostalgia or offers superior usability — are the ones that militate against changing it. Lenovo and Mini are hardly alone in that respect, either, with everyone from sports shoe manufacturers to camera makers coming up against the ghost of achievements past. 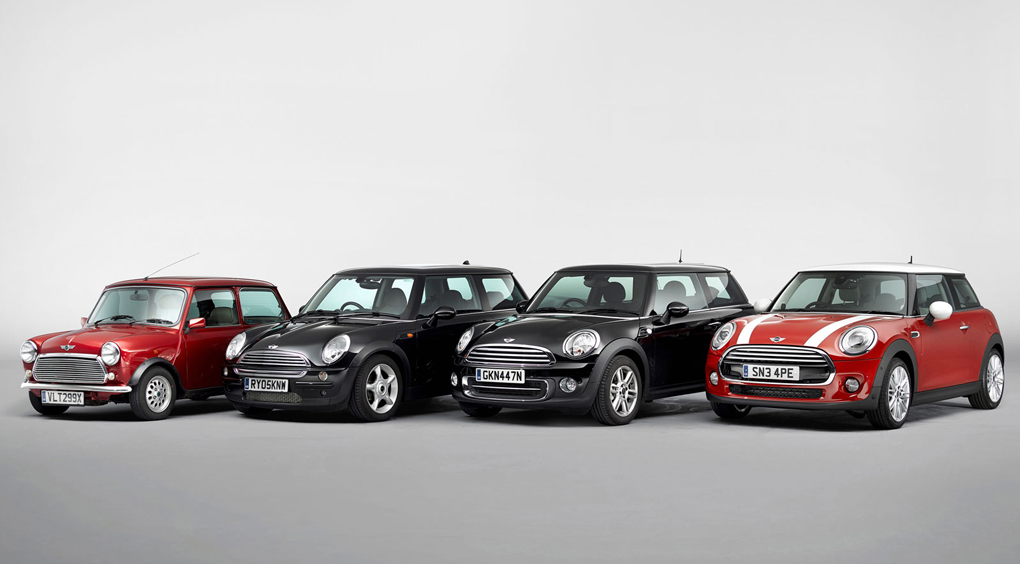 Mini’s solution to balancing the conflicting demands of heritage and innovation has been to give equal weight to both. The company’s latest Mini Cooper model retains familiar design motifs, but augments them with modern technologies and sensibilities. The chrome rings around the headlights are still present, but you can now choose LED lights instead of halogens. A consistent theme of "accelerated" elliptical shapes permeates the interior, but the round center console that inspired it has evolved into a color display that speaks to your smartphone and helps park the car.

The new Mini stays faithful to the spirit, if not the boundaries, of the original concept

The genesis of the original 1959 Mini can be found in simple pragmatism. A shortage of oil supply in the late '50s made frugal cars more appealing, which spawned the distinctly utilitarian first Mini. It had four seats, four wheels, an engine, and a trunk. Every design decision was driven by the need to cut costs and maximize the efficient use of space. Warming tells The Verge that, even though the 2014 Cooper is longer, taller, and wider than its forefather, it remains faithful to that philosophy of efficiency. There’s an improved three-cylinder engine, a new suspension system, and a much more generous trunk than even the outgoing Mini was able to offer. The car remains focused on practicality, but it's using more space to give its user more — staying true to the spirit, if not the boundaries, of its original concept. 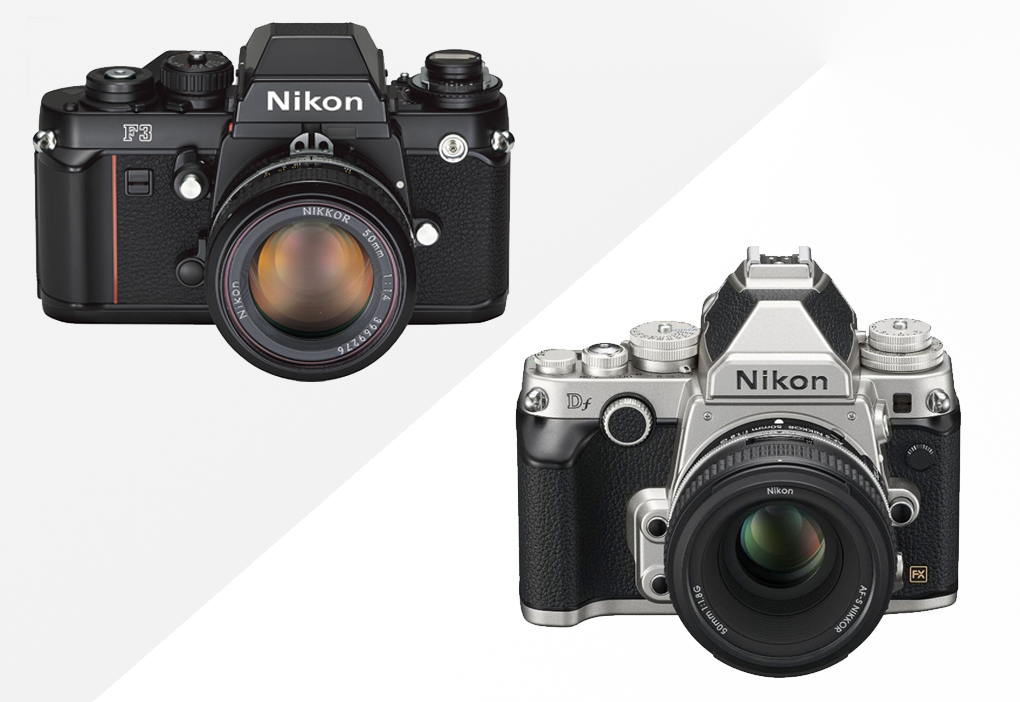 Listen to the customer

While Mini can be said to be responding to the perceived expectations of a more demanding consumer, Nikon takes a more literal approach. The Japanese camera company has one overarching principle guiding its product development decisions: "You listen to the customer." Hiro Sebata, product manager for the Nikon Df, explains that the retro-styled camera’s introduction was a direct response to consumer demand. Camera enthusiasts have been pestering Nikon to recreate its iconic designs from the 1970s and ‘80s, and after four years of development, the Df emerged as the answer.

Users know what works and what doesn't

Nikon didn't replicate any one particular camera, picking and choosing elements from its early F and FM series and combining them with its latest digital imaging sensor. The "f" in the Df's name stands for the aim of "fusion:" a marriage of the tactile joys of yesteryear and the convenience of modern electronics. That's precisely the goal every retro design aspires to, and the Nikon Df is an instructive example of how most end up. While it has components of both past and present, it fails to combine them in a coherent way and feels like a mismatched pair of cameras forced to behave as one.

In failing to produce an exact facsimile of its established designs, Nikon may have disappointed its fans, but it also took the risk of trying something new. The Df's shortcomings today can inform the company about how to keep iterating into future, as its mantra remains unaltered. Nikon believes that even beloved designs can be improved upon, and the surest way to find out how is to heed the feedback of those for whom you are designing. 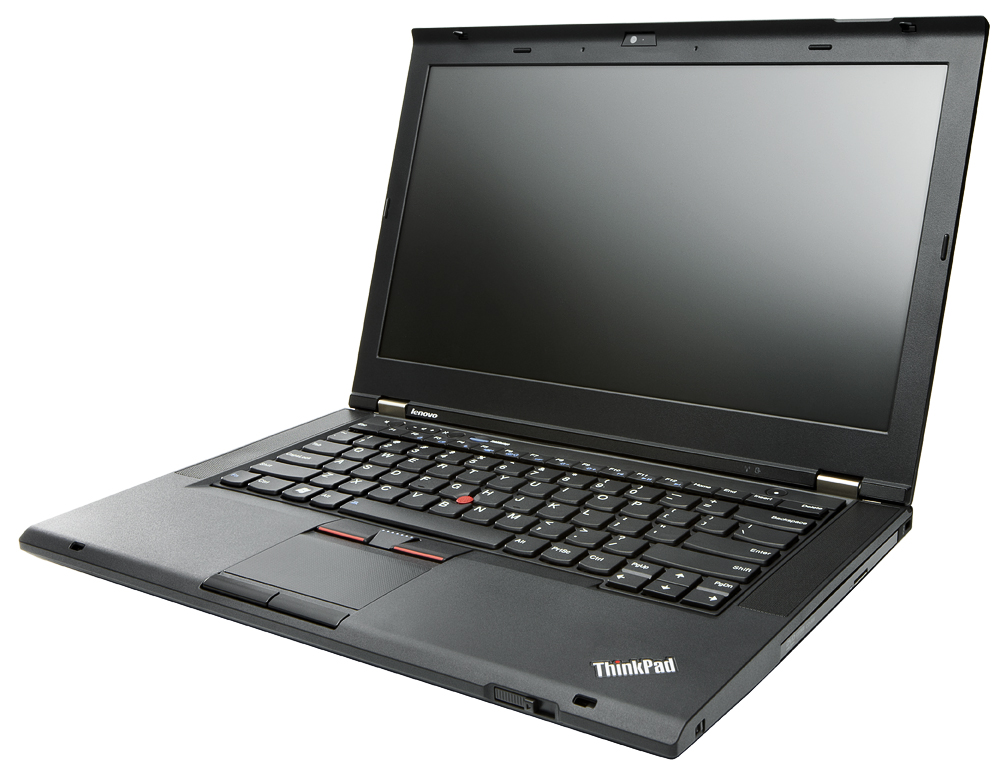 Some things are sacred

Lenovo’s ThinkPads are among the best examples of how a company can keep improving a design without ever straying too far from its roots. Black, austere, functional, and reliable, ThinkPad laptops seem to have never felt the need to evolve, but a closer inspection reveals that’s exactly what they’ve been doing over the two decades of their existence. ThinkPads have grown slimmer, adopted exotic new materials like carbon fiber, and introduced fresh thinking with technologies like the Owl Wing cooling system and slice batteries. Today’s laptops are quieter, more powerful, and longer-lasting than their predecessors. What hasn’t changed is the aesthetic and the user experience.

The original ThinkPad 700c had an excellent keyboard and that pedigree is carried on through the latest X and T series laptops. Though the new keyboard’s concave keys and short travel are far removed from those used by the ThinkPad’s earliest adopters, it maintains the same emphasis on tactility. Lenovo’s design chief David Hill puts it bluntly: "If you have square fingers, type on a square keyboard. Otherwise type on a ThinkPad." Having recently celebrated its 20th anniversary, the ThinkPad can look back on a history of gradual evolution — one that integrates the latest functional upgrades like touchscreens and new processors without sacrificing the look and feel that made it a success in the first place. 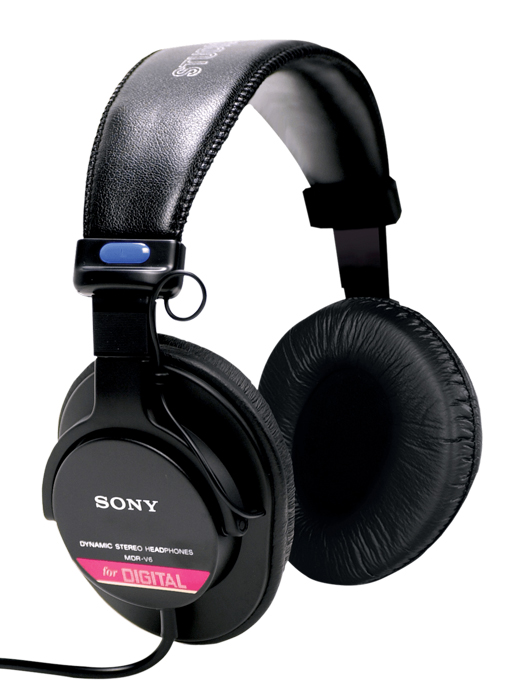 Inevitably, there are exceptions to the rule of incremental evolution, such as the stark choice of opting not to change anything at all. Sony, a company that prides itself on forward-looking and experimental design, has a product in its portfolio that’s been left unchanged since 1985. The MDR-V6 professional studio headphones continue to be sold in their original form to this day, withstanding nearly 30 years of fads and fashions. A 1991 successor dubbed the MDR-7506 only changed some of the V6’s internal wiring and remains just as venerated.

With the convenience of a folding design and an exceptionally neutral sound response, the V6 was an instant hit with sound engineers and DJs, giving them most of what they wanted and little of what they didn’t. Sony recognized the popularity and success of its design and simply let it stand. The V6’s spartan appearance and coiled cable have been around long enough to now evoke a bygone era, showing how a product can slip into the retro category by virtue of great longevity alone.

Unlike Sony, LG lacks a gloried product history of its own, but that hasn’t left the company tone-deaf to consumers’ nostalgic needs. "We are all surrounded by digital products which are mostly ‘cold’ emotionally," says Patrick Shim from LG’s TV design team. To counter that, the company’s Retro TV set is designed to deliver an "analog emotion" such as your parents might have felt when adjusting the rotary dials of their television back in the 1970s. Surrounded by wooden panels and styled to look like an artifact from times past, the Retro TV aims to recreate the appeal of yesteryear without any of its downsides. That means it’s much more compact than the CRTs it’s imitating and you do get a remote control in the box.

As electronic devices become further commodified, more and more of them are seeking to stand out with quirky and unusual designs. TEAC follows a similar path to LG with its retro-styled Bluetooth radio, whose chrome-laced aesthetic is derived from the styling of 1950s American automobiles. Or, if you’re a fan of Super 8mm film, you can buy a conventional digital camcorder that’s styled exactly like the pistol-grip cameras of the ‘60s. 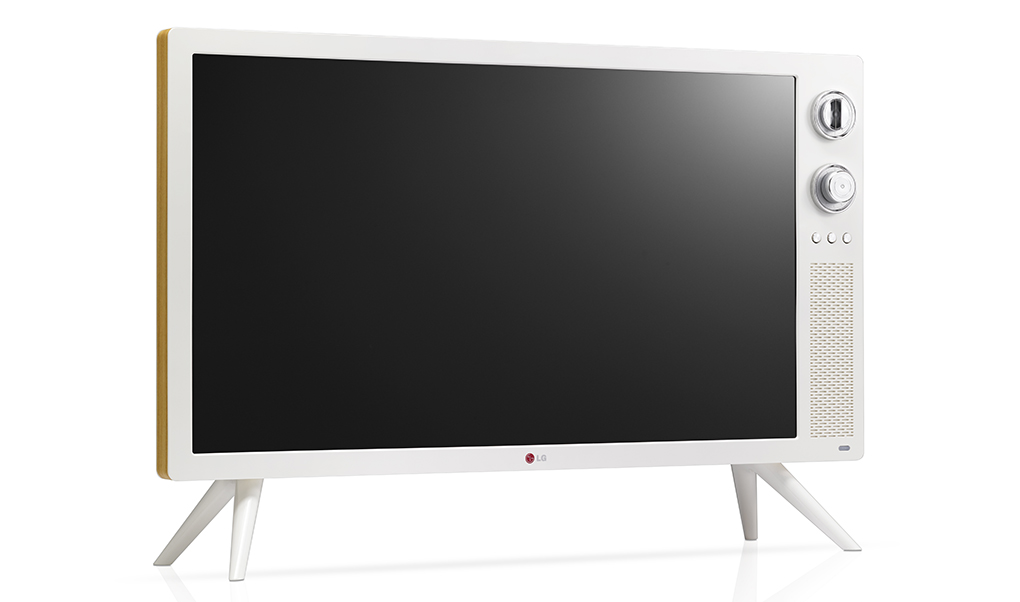 Form of the past, function of the future

From the moustachioed hipster wearing Chuck Taylors at your local cafe to the diehard photographer rationing out his last rolls of film, there’s no escaping the infectious passion for all things retro. For some, the motivation may be wistful nostalgia, while for others it represents a physical means to connect with a past they may not have been around to experience. Whatever the cause, the desire for vintage gear is as strong as it’s ever been.

Retro is in, but retro is also hard. When companies revive winning designs from their past, the choice between what to keep and what to modernize becomes paramount. Is the TrackPoint truly the red beating heart of a ThinkPad? Can Sony's V6 headphones actually stand to be improved? BMW, Mini's parent company, proudly proclaims that "design classics don't become older. They become more timeless." But it's the exact quality of timelessness that makes successful retro designs so rare.

Explicitly retro designs don’t aim for perfect historic reproductions but rather a recreation of the visual and tactile appeal of times past. Oddly, even though most iconic products gain their notoriety because of their mechanics, materials, and dimensions, those are actually the first things that their designers look to change and update. It's the aesthetic and superficial quality that companies and consumers alike seem unwilling to sacrifice. The end result is a core of modern technology wrapped up in a classic look and feel. The designers who succeed are those that can bring back the essence of retro without losing the comforts of modernity.