Share All sharing options for: Solar Impulse unveils new plane designed to fly around the world using only sunlight

Solar Impulse has unveiled the plane that it hopes will be able to take its pilots all the way around the world using only solar energy. The Solar Impulse 2 weighs just 5,000 pounds and has a 236-foot wingspan covered entirely in solar cells, more than 17,000 of which are on the plane in total. Its creators say that the single-seat aircraft is also more efficient and generally better built than its predecessor — a necessity for making the approximately five-day-long flights across the Pacific and Atlantic oceans without running into problems. 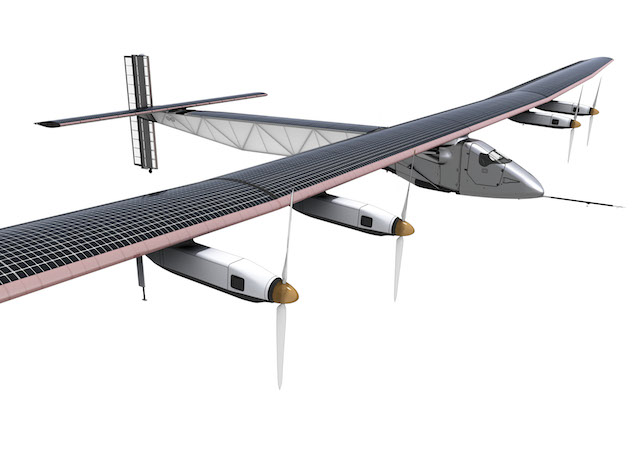 The previous Solar Impulse completed a solar-powered flight across the US last year by hopping city to city, and the organization behind it hopes to begin its journey across the world in the new plane next year. The plan is to start in the Middle East in March of 2015, with landings made every few days to change pilots and hold local events. Solar Impulse will begin test flights and training this May.