Google is starting to show developers what they need to do to create swappable parts for its upcoming modular smartphones, currently called Project Ara. On Ara's website, it's just posted the Module Developers Kit, which contains the information that manufacturers need to get started creating modular parts. "Ara’s success is predicated on a rich, vibrant, and diverse ecosystem of modules from a myriad of developers," one document in the kit reads.

Ara phones begin as no more than a skeleton, before owners plug in everything from a display and processor to a camera and Wi-Fi unit in order to complete them. Google wants many of those modules — including some unorthodox ones — to come from third-party developers. Google previously announced that it would begin working with developers later this month at a virtual conference that begins next week. Now, eager developers will actually be able to take a look beforehand to get a head start going in.

Guidelines show how to create common modules, like cameras

The crux of the guide is a large document that breaks down what Ara phones will look like and how modules can fit in. As previously detailed, the guide explains the three sizes of phone skeletons that Ara will allow for: mini, medium, and large. Larger phones accompany more modules, though it appears that the exact number of modules could change between individual models based on how what Google calls their "ribs" and "spine" — the bars that divide up its modules — are laid out. For now, only Google can make phone skeletons too, so third parties can't release their own. 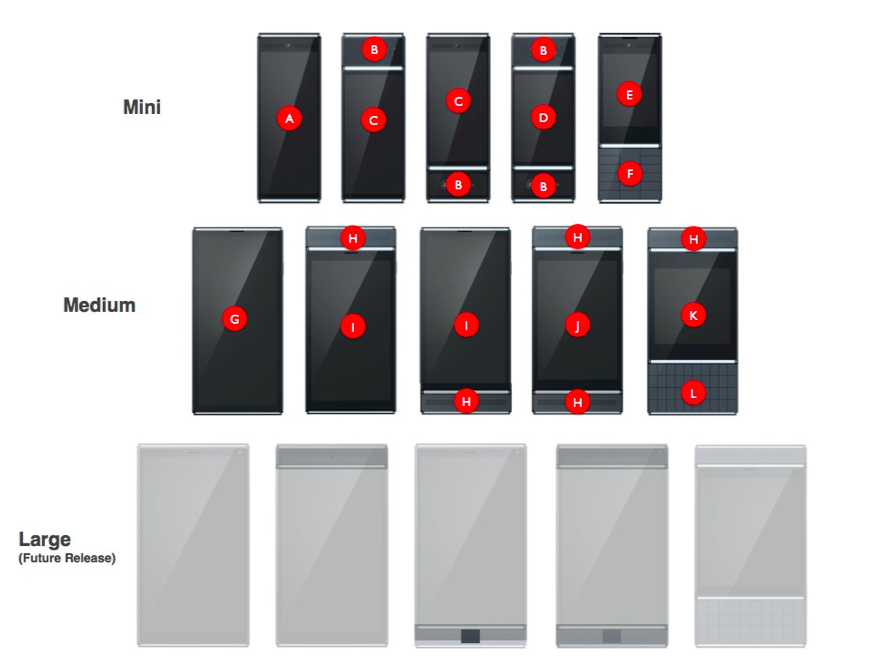 Google has created guidelines for common modules, like processors and cameras, and requires developers to adhere to them. Those guidelines include how far they can extend outward from the phone (the camera can be thicker, for instance), and should allow for more consistency between frequently used parts. Among the parts that Google mentions are modules for Wi-Fi, batteries, chargers, displays, speakers, and even a thermal imager. Developers can create more unique modules too, though they won't have as specifically tailored guidelines to adhere to.

Phones should have a "smooth, flat, pebble" shape

Ara phones will, naturally, be running Android, and the developer kit says that apps for Ara shouldn't be significantly different from traditional Android apps in any way. It also says that Ara phones are designed to have a "smooth, flat, pebble form," despite their blocky construction. And indeed, from the photos that we've seen so far, they do look surprisingly stylish.

As for how consumers will figure out how to put all of these pieces together, Google is planning to create an online marketplace with a tool to help buyers configure their phones. Though Project Ara may have at first sounded like a far-out experiment, Google's actually hoping to have the very first Ara phones on sale in the first quarter of next year. This development kit is still in an early version — and it definitely looks that way — but letting developers get moving is one of the bigger pieces that Google will need if it wants Ara to have a successful launch.