Twitter is experimenting with a mute feature in its mobile apps

One of the most-requested features for Twitter's mobile apps may be on the cusp of arriving. Some users of the company's iOS and Android clients are now seeing an option to mute accounts that they follow, preventing another user's tweets and retweets from appearing in their timeline. The user remains muted until you manually unmute them. In essence, then, the mute feature works as a kind of stealth unfollow — you won't be seeing another person's tweets, but they won't know that.

Muting is said to be among the most popular features in Tweetdeck, the business-class Twitter client that the company acquired in 2011. And there are good reasons why. Sometimes you feel pressure to follow someone for work or social reasons even though their tweets exasperate you. Sometimes a person is live-tweeting an event you could not care less about. Sometimes you're afraid that someone will spoil a TV show you plan to watch later.

Third-party Twitter clients have long supported muting. Tweetbot, for example, lets you mute accounts for various lengths of time — a day, a week, a month, or forever. It also lets you mute entire apps, so that (for example) you never have to see another Foursquare check-in on Twitter ever again. Twitter's experiment doesn't take muting quite that far. But assuming it rolls out to all users, the official Twitter mute button will be a welcome arrival to the service. 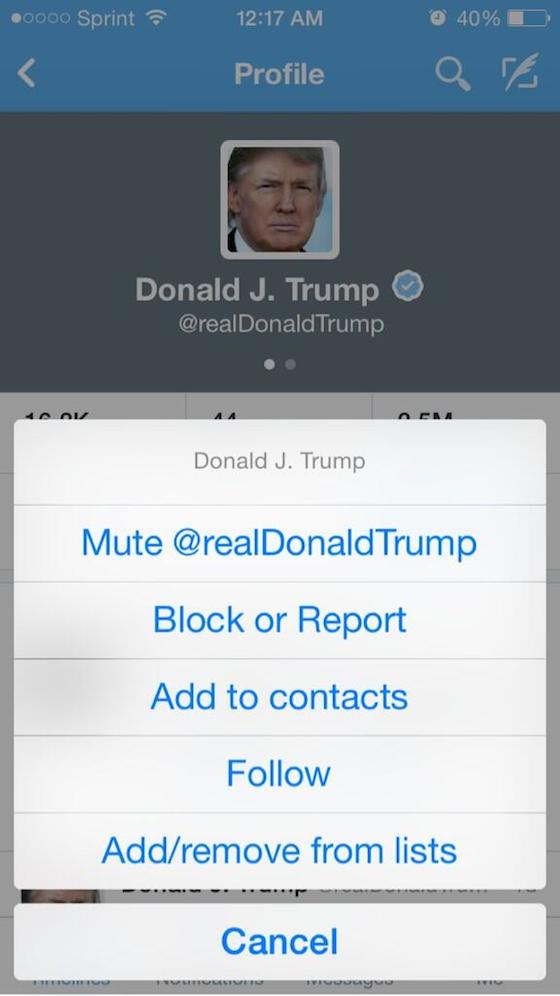