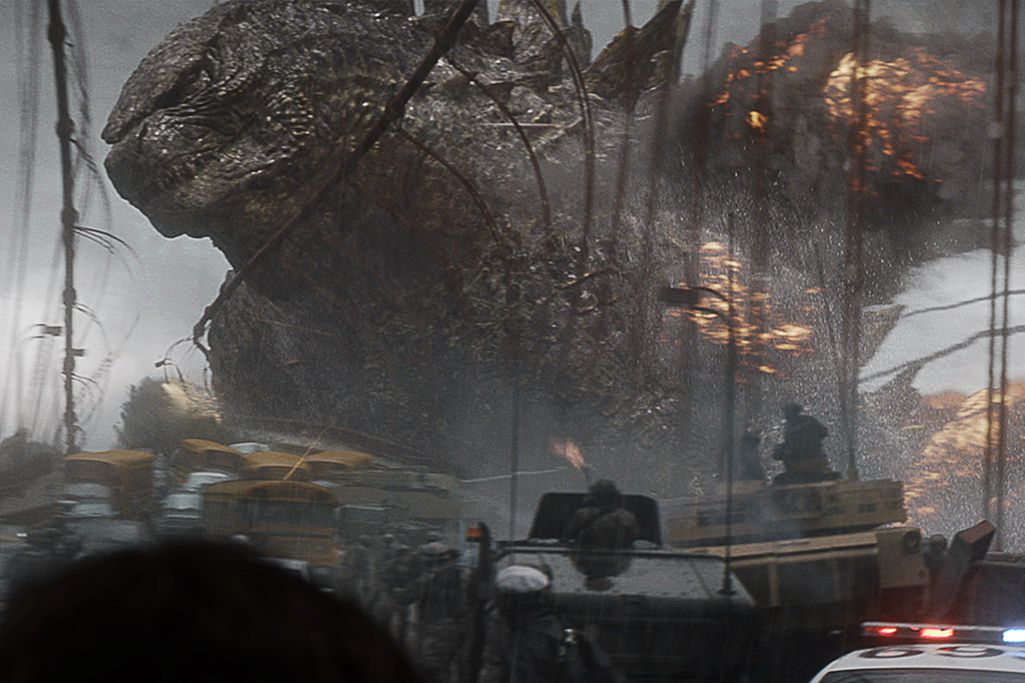 For many, the title Godzilla conjures up memories of bad dubbing and men in rubber suits — or even worse, the big-budget debacle that Roland Emmerich subjected audiences to back in 1998. It makes Godzilla a hard character to take seriously, particularly in an era when even our most fantastic superheroes are receiving dark, character-driven makeovers. Fold in the fact that Pacific Rim revealed domestic audiences aren’t as infatuated with giant monsters as some thought, and Gareth Edwards’ new film becomes a very risky $160 million bet.

It’s a testament to both the filmmaker and production company Legendary Pictures, then, that the new Godzilla is such an exhilarating success. Rather than reaching for the low-hanging fruit of wall-to-wall action, Edwards conjures up a mix of slowly escalating tension and visual-effects wizardry. The result may not be the monster movie some audiences are expecting, but it’s something better: a summer blockbuster that actually leaves you wanting more. 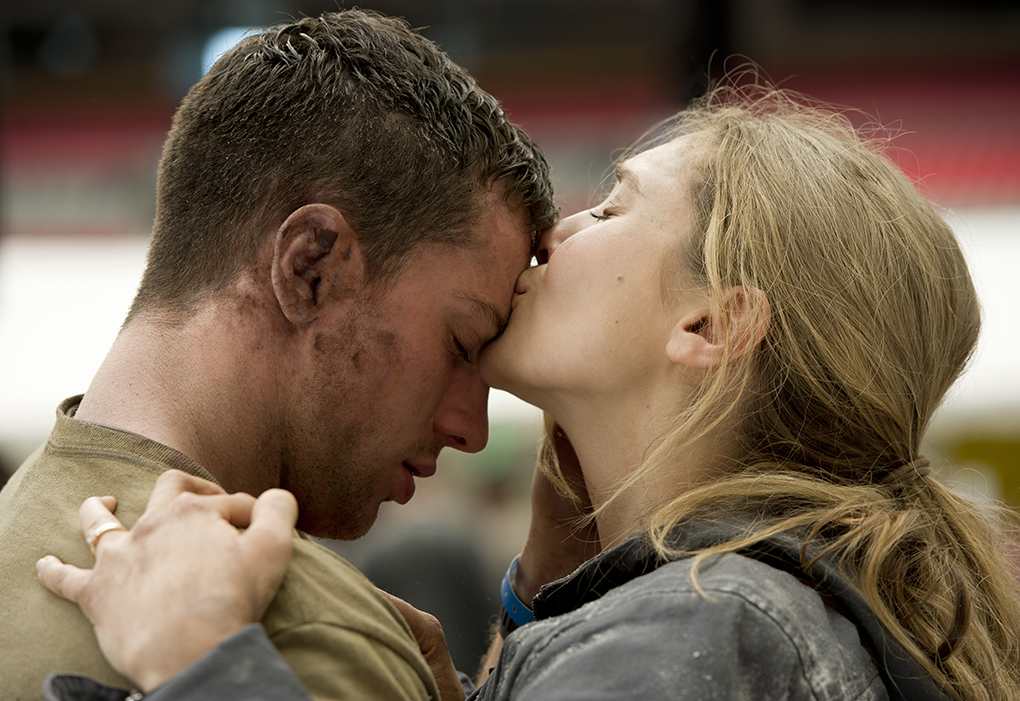 A visual spectacle in scale and scope

The film opens fifteen years ago in Japan, where Bryan Cranston’s Joe Brody works at a nuclear power plant. He’s been sounding the alarm about some strange seismic activity but nobody’s listening, and when disaster strikes he tragically loses his wife. Cut to the present day, where Joe’s son Ford (Aaron Taylor-Johnson, Kick-Ass) is returning home to his own wife and son after being abroad on military duty. Before he can fall back into a routine, Ford learns that his now-estranged father has gotten into trouble back in Japan, and he heads back overseas to take care of him.

Once there, his father makes the case that something is being hidden in the radiation quarantine zone that still surrounds the devastated nuclear plant. The seismic pattern from 15 years ago has started up again, Joe says. But this time it results in a prehistoric monster being unleashed. As the creature begins to lay waste, one of its ancient enemies rises from the ocean depths in response: Godzilla.

That’s just the very beginning — diving deeper would ruin the twists and turns that make Godzilla such a fun ride. It’s a brawling, global adventure, heaping ruin upon Las Vegas and Hawaii as Ford tries to get back to San Francisco to protect his family. In terms of visual spectacle, the film is simply glorious. Godzilla is a 350-foot behemoth, and Edwards takes advantage of the scale with epic wide shots and carefully choreographed reveals that highlight just how powerless humanity is in comparison. A stunning tsunami sequence hits all the requisite disaster-porn beats, but manages to feel fresh due to the exuberance Edwards demonstrates behind the camera. 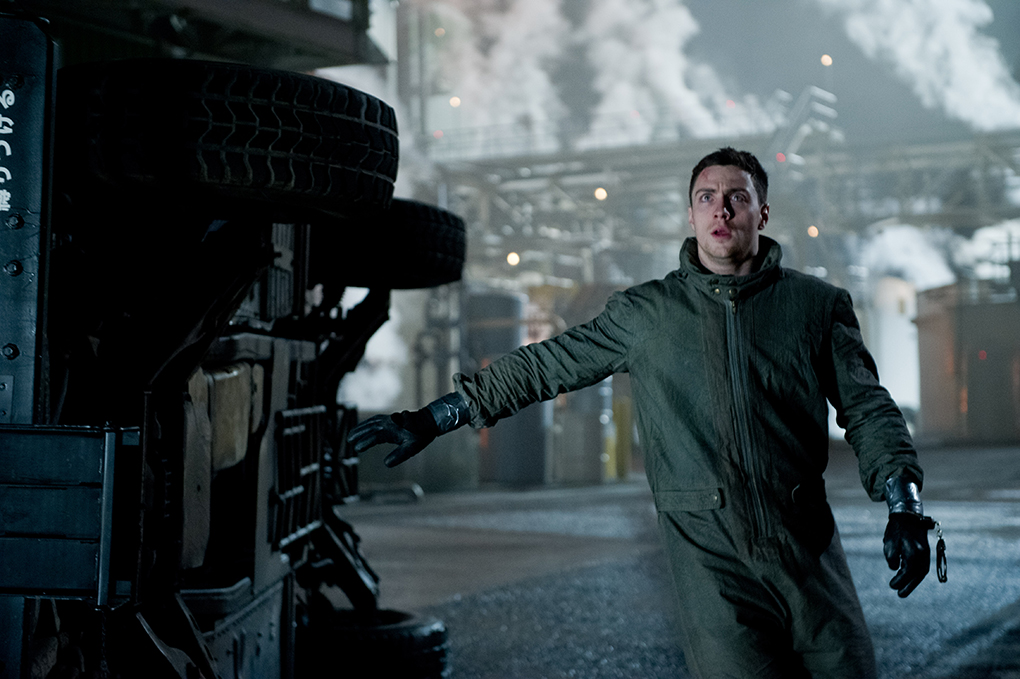 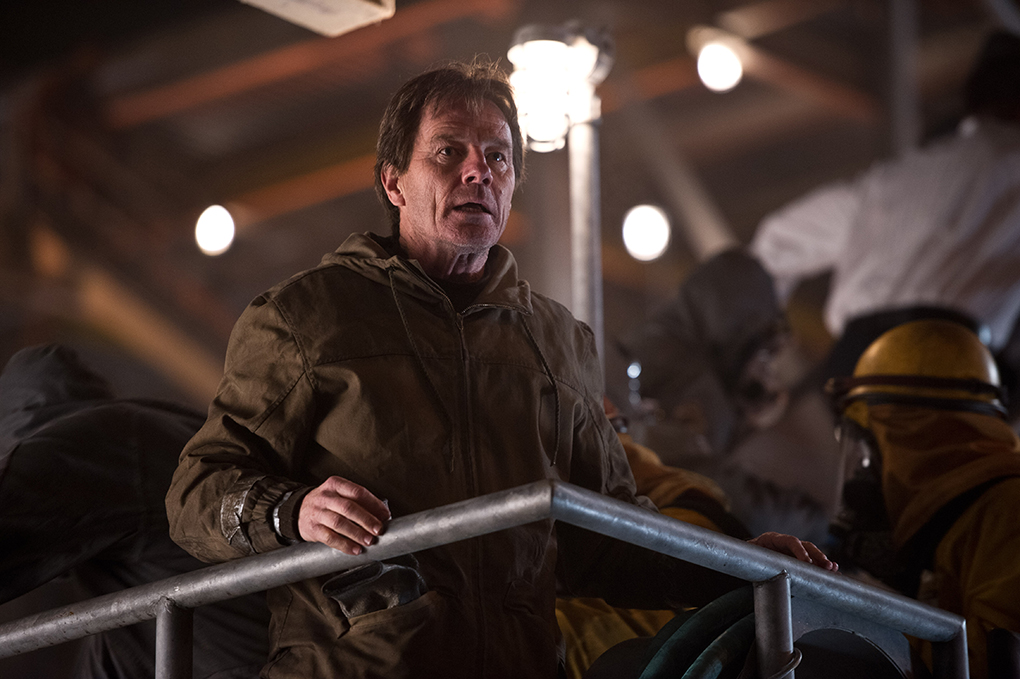 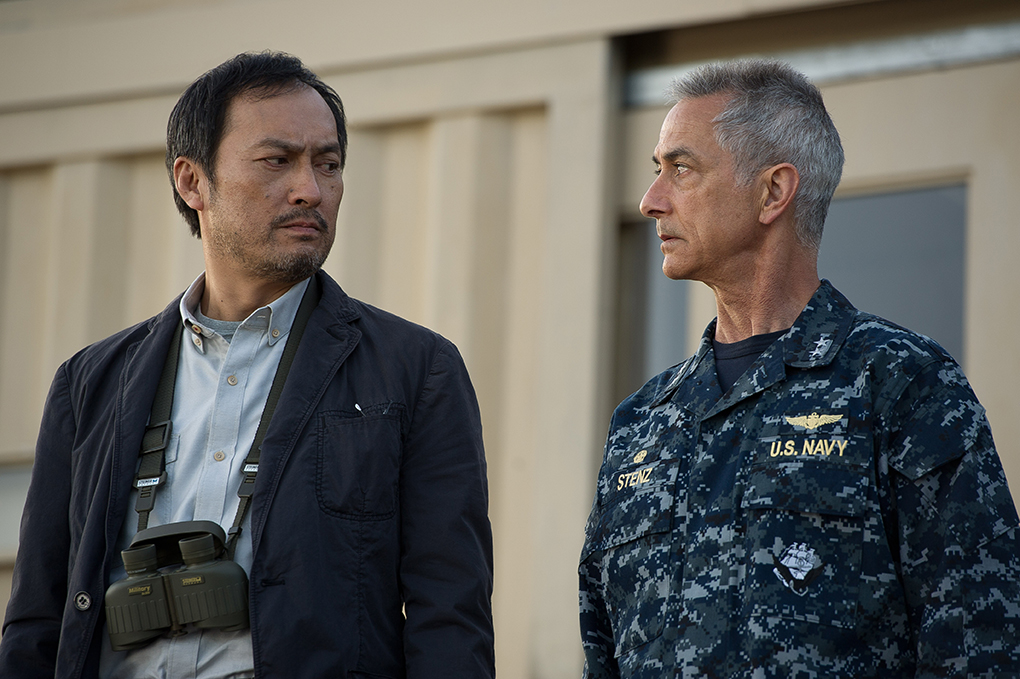 Rather than relying on the blinding cuts and whip-pans that have become a staple of far too many blockbusters, the director’s work calls to mind the films of Steven Spielberg, where a single shot — buoyed by meticulous framing and shifting focus — can create a sense of inescapable tension. It’s even more impressive considering that Edwards’ only film before Godzilla was the festival darling Monsters. That indie feature cost less than a million dollars, with Edwards himself manifesting the visual effects on his laptop. For him to make such an assured outing in his first big-budget picture is nothing short of remarkable.

One of the things that made Monsters work was its unrelenting patience, doling out hints of its creatures at carefully chosen times, and that same technique is used in Godzilla. Like the shark in the original Jaws, much of Godzilla’s time is spent just off-screen, or in fleeting glances. Edwards plays a game of cinematic keepaway, putting the audience on edge as they wait for a big reveal, though the approach does run the risk of alienating those expecting massive fights at every turn. Sure enough, in the second half it does feel like the movie presses its luck just one too many times, but it all pays off when Godzilla finally reveals his true might. The resulting sequence is more than just a cathartic bit of movie mayhem; it may be the loudest you’ll cheer in a theater all summer.

While Godzilla himself is an incredibly realized bit of effects work, he is ultimately just a giant lizard, so it falls to the actors to carry the emotional weight of the film. Bryan Cranston is the anti-Heisenberg as the broken-down and paranoid Joe, and it’s his grief over his personal loss that slingshots the movie forward. As Ford’s wife, Elizabeth Olsen (Oldboy) keeps that momentum going, delivering a surprisingly authentic performance even though she’s limited to herding hospital patients most of the time.

If only those on the front lines of the monster battle fared as well. Taylor-Johnson has proven himself adept in a number of different roles, but as Ford he’s strangely bland. Perhaps it’s a reflection of the film’s self-serious tone; neither Ken Watanabe, as a scientist researching the creatures, nor David Strathairn, as the admiral tasked with destroying them, seem to be having a particularly good time, either.

When I spoke with Gareth Edwards at SXSW, he said he wanted to bring thematic depth to his Godzilla using the idea that humanity’s pursuit of nuclear weapons has made us vulnerable; his monsters would stand in for Mother Nature’s comeuppance. While there are some attempts at building in this theme, in truth it's only lightly present in the final film. More than anything, the strongest vibe that Godzilla gives off is that of a giant superhero origin story. It’s a humanizing shift for a character that is so often portrayed battling humanity — and by setting the bar so high with the first installment, Gareth Edwards and his team have ensured there are plenty of places to go from here.