Apple may put Jimmy Iovine in charge of its music empire.

According to Billboard, Apple may introduce both Dr. Dre and Jimmy Iovine in their new high-up executive roles at the company's Worldwide Developers Conference event next month. Apple is reportedly pursuing an acquisition of Beats Electronics for $3.2 billion, though neither company has gone on record about the deal since it was first publicized last week. The Financial Times originally reported that Apple and Beats could announce the buyout as early as this week, so the companies may choose to wait until the purchase is formally completed before they share more about any influence Dre and Iovine will hold at Apple moving forward. What we know right now is that Dre will be made very rich if the acquisition gets done, though its less clear what his exact duties at Apple will be. 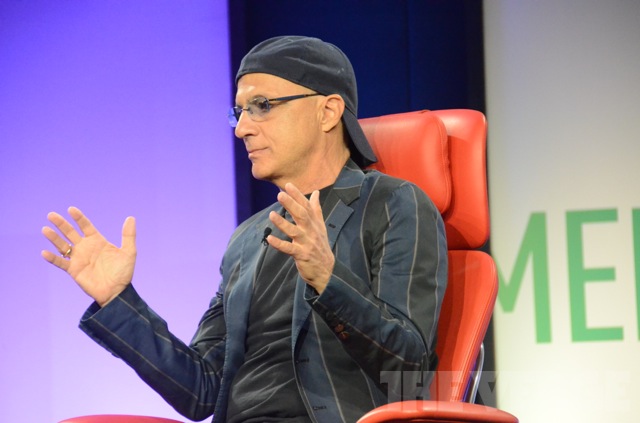 However, if Billboard's report is accurate, Jimmy Iovine may be in for the promotion of a lifetime. Apple is planning to give Iovine the keys to its iTunes music empire, according to one source. He would head up all music-related strategy at the company, and be tasked with handling relationships with record labels and music producers. Those are responsibilities that have until now largely fallen to SVP Eddy Cue and his team. Cue "played a major role" in creating the iTunes Store in 2003 according to his Apple profile.

But paid music downloads are falling, with more and more consumers choosing subscription services like Spotify over the per-track model that Apple revolutionized the music business with so many years ago. Apple may be hoping that Iovine can shake things up and rejuvenate its music business. But keep in mind that this report centers around a deal that's by no means official. Neither company has even acknowledged it. Until Apple directly confirms that it's buying Beats, there's plenty of room for things to change.