LG will bring its Lifeband Touch health tracker and Heart Rate Earphones to the US on May 18th, the company announced today. The Lifeband Touch will run $149.99 with the earbuds priced even higher at $179. Best Buy will have a month-long exclusive on both products, after which the Lifeband Touch will also be available from Fry's, HH Gregg, and Newegg. We took a look at LG's latest fitness hardware back at CES.

The Lifeband Touch doesn't particularly stand out from competing hardware in this crowded field. It offers run-of-the-mill features like caller ID, notifications about incoming calls and texts, and the ability to control music on your smartphone. But there's no support for third-party app notifications, making the Lifeband Touch even less useful than the Gear Fit. The data it does offer is shown on a 0.9-inch OLED display. When paired with LG's Fitness App, the device will provide "a concise summary of the user's workouts and a detailed breakdown of personal goals," according to the company. It's also compatible with third-party fitness apps like RunKeeper and MapMyFitness. Battery life leaves something to be desired, though: you'll get between two and three days when it's connected to any phone via Bluetooth. 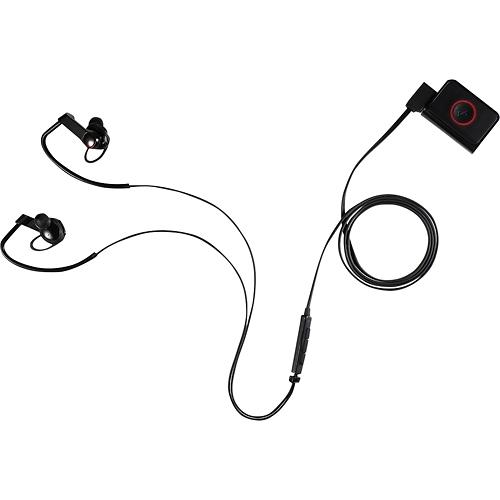 It's the Heart Rate Earphones that stands out as the more interesting of the two. When inserted in your ears (and used in tandem with a smartphone), they're capable of measuring heart rate and heart rate zone with voice feedback keeping you aware of start and end times, distance, speed, pace, cadence, and goal progress. And best of all, they're multi-platform and can be used with both Android and iOS. But that $179 is a high price of entry, and you'll still required to use LG's own app.