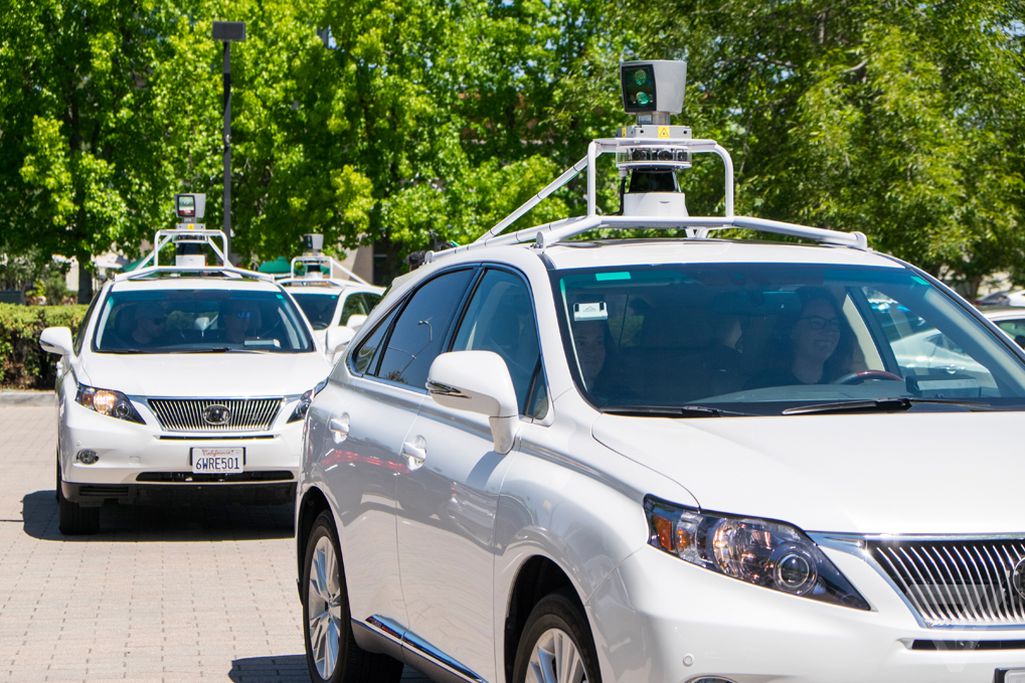 It's a warm day in Mountain View, and just outside the Computer History Museum, Lexus SUVs are pulling up to the curb. The Lexus RX450h is a beautiful car, but today my eye travels immediately to its roof, where an attached laser radar array is spinning at 10 times per second. At around $70,000, the laser array is more valuable than the vehicle itself. A pair of test drivers invites me to climb in the back. I'm about to take a ride in Google's self-driving car.

After years of working mostly in secret, Google is beginning to speak more publicly about what its autonomous vehicle can do. There's a reason the company has decided to explain its program more fully: its cars are moving from the highways, where they typically interact only with other cars, to cities, where they are contending with pedestrians, cyclists, moving vans, and freight trains, among hundreds of other objects. As autonomous vehicles start becoming a part of daily life — at least for residents of the Bay Area — Google will face new questions, concerns, and regulatory hurdles.

And so roughly two dozen members of the press have assembled not far from Google's headquarters at the museum, to meet with the leaders of the self-driving car project and speak with a panel of experts on transportation, auto safety, and urban issues. The real lure, though, is to take a ride in one of these vehicles, and just after noon my number is called. 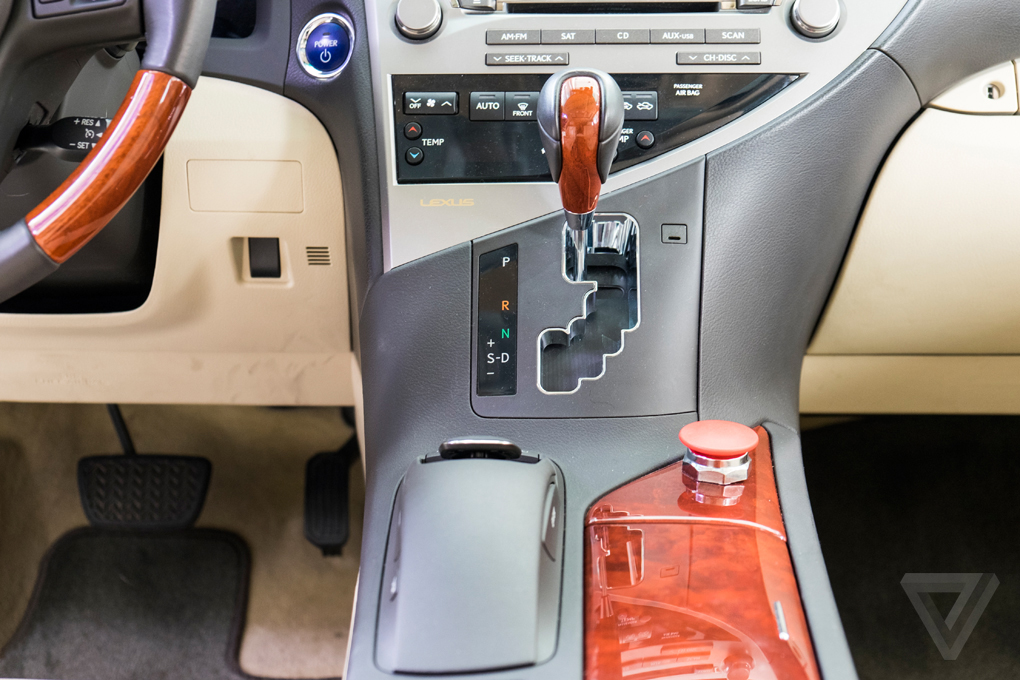 Climbing into the car, the first thing that strikes you is how ordinary it looks. The interior of the RX450h has the same leather seats and wood accents as a normal Lexus hybrid, and there are few signs that show it has been transformed. The most prominent change is a giant red button that has been installed just below the gear shift. This is the master kill switch, and pressing it disables the autonomous capabilities instantly. "If you hit this down, you have a Lexus," says Nick Van Derpool, who has climbed into the passenger seat and will spend our trip recording feedback to pass on to the company's engineers. The goal for our roughly 25-minute cruise around Mountain View: avoid having to hit the kill switch. 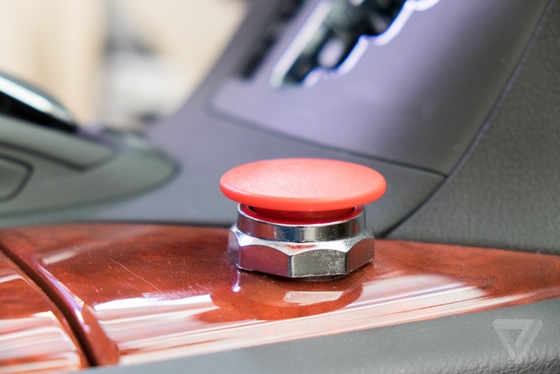 Our vehicle also has modified steering, with separate "on" and "off" buttons for the autonomous driving software placed on either side of the wheel. Our "driver," Ryan Espinosa, also has a heads-up display mounted above the wheel that shows him a 360-degree view of what the car is seeing, and how fast it's driving. As he pulls out of the museum driveway, a chiming noise echoes from the speakers, and a woman's voice lets us know that automatic driving mode is now on. The car begins driving itself through the streets of Mountain View.

"The ideal ride is meant to bore you," Epinosa says. And sure enough, as we begin making our way down Rengstorff Avenue, I'm struck by how impossibly ordinary our drive feels. Espinosa is sitting in the driver's seat, closely monitoring traffic, and the car is making turns and changing lanes with a smoothness and precision that I associate with my high-school driving instructor. From the backseat, the only tell that a computer is driving is the fact that the wheel is spinning independently of Espinosa's hands: it turns left and right independently, as if it were a ride at Disneyland.

Cruising down Rengstorff at a precise 35 mph, the light turns yellow ahead. We're far enough away that I probably would have stopped. But unlike the car, I don't have perfect awareness of my speed, the distance ahead, and how long the signal has been yellow since I noticed. The car I am in is drawing on a combined 700,000 miles traveled and 40 years of driving history built into its memory, and precise maps of Mountain View's 2,000-plus traffic signals. We sail through the intersection before it turns red. 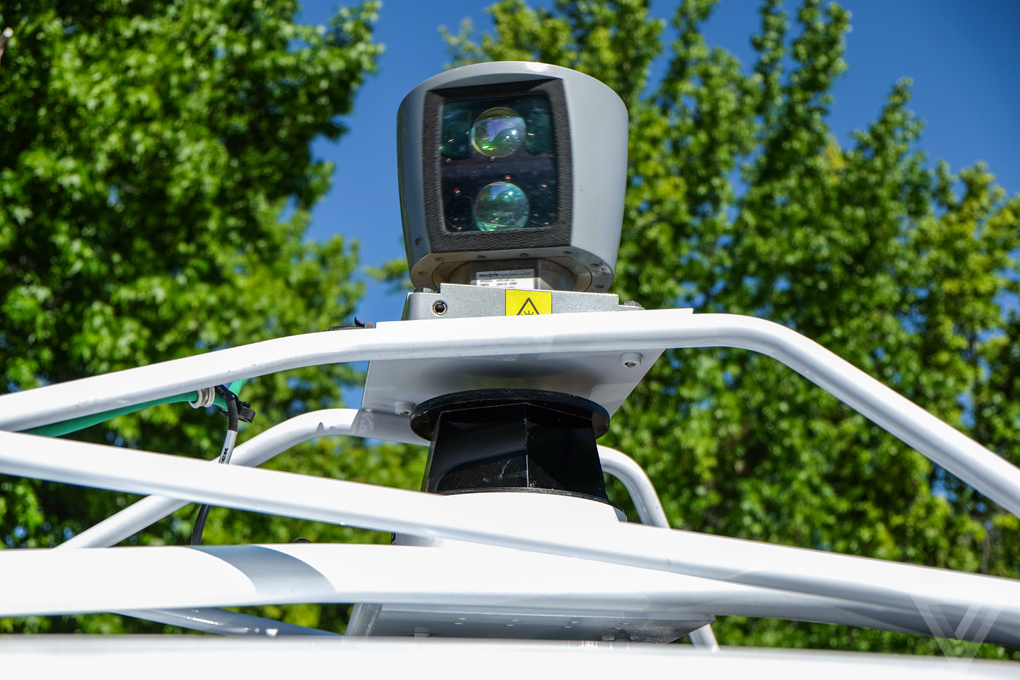 The worst drivers are human

If our day in Mountain View has had a theme, it's safety. The numbers that Google's engineers rattle off are familiar, staggering, and worth repeating: each year 33,000 Americans die in auto accidents, and 1.2 million people die worldwide. In the United States, wrecks are the leading cause of death for people between the ages of 4 and 34. Globally, cars are expected to move from the eighth leading cause of death to the fourth. Google says that independent experts estimate that humans are at fault in 90 percent of accidents, and they die for three big reasons: they are impaired by alcohol or another substance; they are going too fast; or they are distracted by a phone. Replace our current fleet of cars with ones that drive themselves, Google argues, and you can eliminate as many as 90 percent of traffic fatalities. "We can actually have a huge impact here," says Chris Urmson, who leads the autonomous driving project at Google. "This is a real opportunity."

It is also, to say the least, an enormous challenge. In 2012, three years into the project, Google co-founder Sergey Brin set a target of 2017 for bringing autonomous vehicles to the market. But so far the company has not reached any deals with auto manufacturers, and any number of questions about regulation and insurance remain unresolved. And that's setting aside the questions about actual driving, which remains very much a work in progress.

For now, Google has enabled autonomous driving only on the roughly 2,000 miles of road where it has developed detailed maps of lane markings, traffic signs, signals, and other information. (The maps are developed independently of Google Maps.) It has never attempted to drive in snow. If it has an Achilles heel, it's rain: the falling water can confuse the vehicle's perception systems even more than it tends to affect a human driver. Urmson says these issues will all be resolved in time. "There's nothing fundamental in any of these limitations," he says. "It’s just which challenges do you face, in which order." 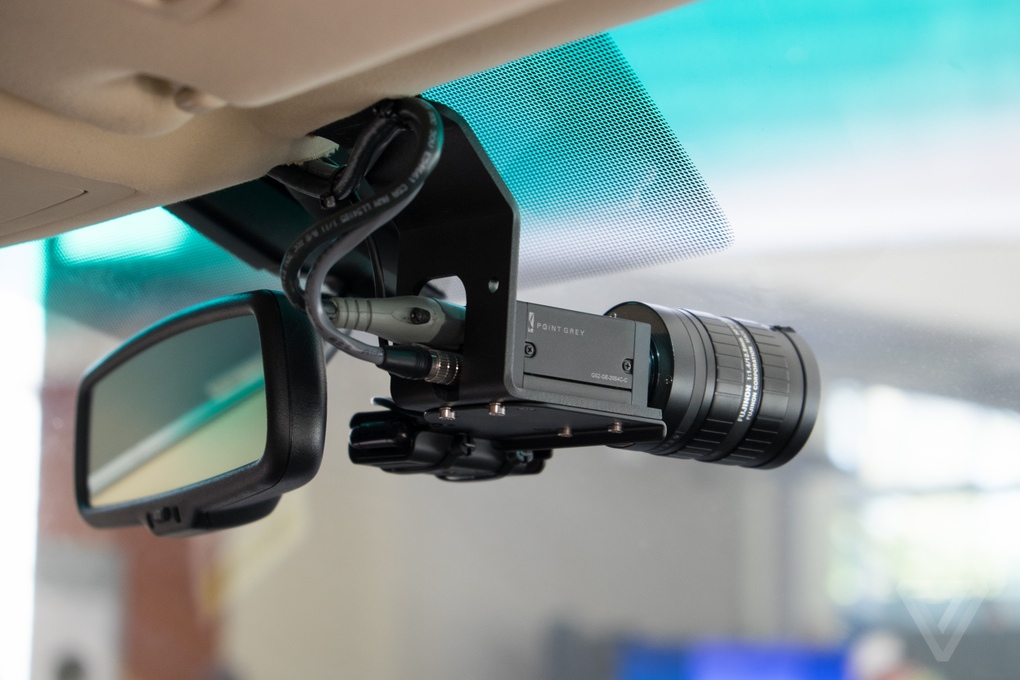 Today's challenge is much easier: the two dozen autonomous vehicles in Google's fleet traverse these Mountain View streets daily. Our car makes small adjustments when cyclists and pedestrians come into view, and slows to look for red-light runners before passing through an intersection that has just turned green. Van Derpool's laptop shows us the world as the car is seeing it, with vehicles rendered as 3D purple rectangles and pedestrians as yellow ones. As they move, their relative position updates instantly on the screen. The software can tell the difference between vehicles and people, and behaves differently depending on which of them is nearby.

"The ideal ride is meant to bore you."

Any time the car moves awkwardly, Van Derpool makes a note. But on our drive, he hardly has anything to write down. This is a relatively recent development. "Let's just say it has not always been this way," he laughs. "Progress has been made." The cars have been involved in a handful of accidents, though none where the software has been at fault. (Most often, they've been rear-ended by inattentive humans.)

A few miles later, we arrive back at the museum. Since the car began driving, Espinosa has done little but stare out the windshield and answer questions about his experiences on the road. "It's become this soothing thing," he says of driving. Earlier, Urmson had showed a picture that ran in a 1956 issue of Boys' Life magazine. A group of friends sits in a convertible with the top down, talking and laughing as the car drives itself. It's what driving would look like if it were relaxing, instead of frustrating and too often deadly. It's what Espinosa was feeling as the car ferried him around town. "It's a beautiful vision," Urmson had said of the picture in the magazine. As I step out of the Lexus, I'm amazed how real that vision is starting to seem.