Google's $1,500, Android-powered Glass headset might have an image problem thanks to privacy fears and many talk show jokes, but the search giant is slowly trying to change peoples' minds. Google is hiring fashion executive Ivy Ross this week to help market Glass to the masses. Ross is a design and marketing lead with vast experience at Calvin Klein, Swatch, Gap, Coach, and more. Ross is now tasked with altering the general perception of Glass, and convincing the masses that Google Glass really is a fashionable and wearable item that’s not just for developers and technology fans. 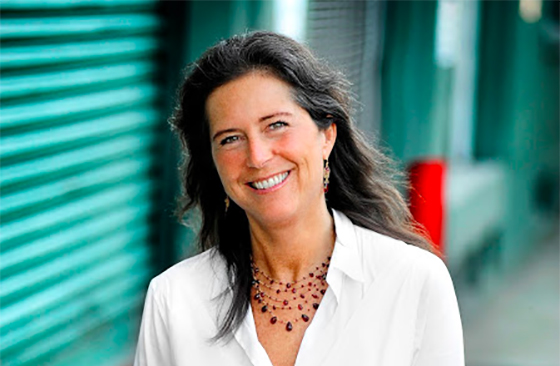 The move fits perfectly with Google’s recent approach to Glass. In September the company placed a 12-page Google Glass fashion spread in September’s issue of Vogue. The shoot featured Glass alongside retro-futuristic backdrops in a piece called "Google Glass and a Futuristic Vision of Fashion." Google has also teamed up with New York Fashion Week to place Glass on the runway, and has caught the attention of the NBA with a series of promotions for the headset. While Google Glass is now available more broadly for anyone in the US to purchase as part of a beta program, a full-blown consumer launch is expected later this year. It's safe to say Google's recent hire will play a big part in that.