Whisper reportedly has "many millions" of users, 45 percent of whom post something every day. But none of them have names. Whisper is one of a growing group of social networks designed to let its users post anonymous messages for the world to read. Whisper's iOS app, which received its biggest update since its launch in March 2012 today, is ostensibly similar to Secret, another anonymous network. But where Secret's takeup in Silicon Valley means the app plays host to rumors about tech companies and their products, Whisper is home to a different kind of confession.

In tone, Whisper feels closest to PostSecret. Founded in 2005, PostSecret played host to a range of user-submitted confessions that ranged from the mundane to the serious, and were all set against carefully designed, postcard-sized images. As with PostSecret, Whisper users set their confessions to pictures.

Whisper received its biggest update since its launch in 2012 today

Today's update refreshes Whisper's UI. The app's home screen now shows a selection of popular posts, their presence seemingly determined by a set of metrics including the age of the post, the amount of replies it receives, and the number of people who've signalled their appreciation by pressing the heart-shaped icon below it. The update also includes two new ways to browse for whispers: both by location, through the new "explore" menu, and through more than 200 categories. These categories are wide-ranging, and include "Money," "News," "Faith," "Parenting," and "OMG." Create your own post, and you'll be linked to similar entries from other anonymous people. Whisper allows users to reply anonymously to posts, or to try and chat with their creators.

Whispers vary greatly in tone and content. Some are secrets that, if true and if revealed, could dramatically the poster's life. Others describe teenage relationship drama, or recall mundane moments in anonymous lives, such as a top post at the time of writing that reads "I once called milk 'cereal water' because I forgot its actual name." As is to be expected, many posts feature cats. 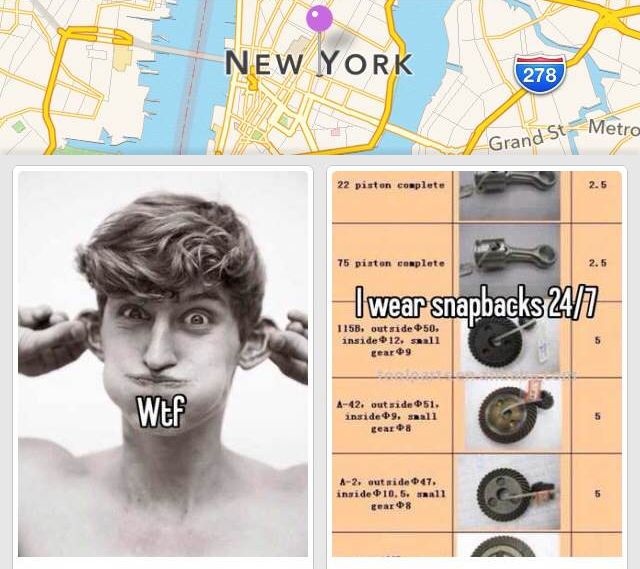 Users can search for whispers on a global map

Delve further into Whisper's menus and you'll find less coherent posts. The app's new ability to search by location reveals that many attempt to use it as a casual dating service, uploading pictures of themselves — or figures who purport to be themselves — alongside requests for contact or pictures. But there are also thoughtful and plaintive messages from users. The LGBTQ and Faith categories are particularly full of entries from people discussing their religious beliefs or sexuality in the open, while lamenting the judgement from family or friends they feel they'll receive. Whisper appears to offer an anonymous escape for such people.

Anonymous social networks have suffered from issues of bullying and malicious communications in the past. PostSecret launched its own app in 2011, before taking it off Apple's Store three months later. The company's CEO blamed abusive content for its removal, saying at the time that PostSecret was "unable to maintain a bully-free environment." Whisper's founder, Michael Heyward, says he has tried to combat the problem, telling Wired earlier this month that his social network was "about positivity." He said his intentions were "not just doing right by our users, but also trying to do right by society and kind of make the world a little bit better." To that end, Whisper set up a non-profit organization called Your Voice, designed to offer mental health advice and information for college students.

Anonymous posts are placed into more than 200 categories

Questions remain about how anonymous apparently anonymous social networks such as Secret and Whisper are. Whisper's own privacy policy states that it will disclose anything you write on the app if "legally required to do so" or in responding to claims of wrongdoing. Sam Altman, of investment firm Y Combinator, wrote in February that anonymous networks get worse as they get bigger. But for now at least, it seems that Whisper's users are still happy to share their secrets in public, even without the promise of total anonymity. Today's update makes that process easier.