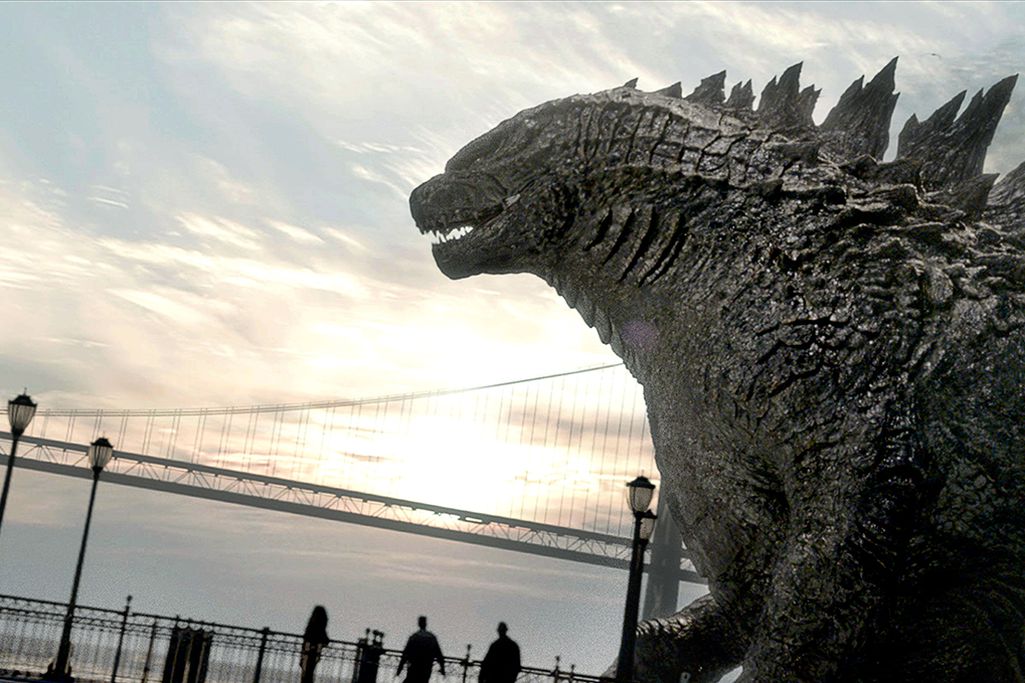 The new Godzilla was an unqualified success this past weekend, earning over $200 million globally and kicking off development of a sequel. It’s a particularly impressive feat given the kitschy history of the character. Most people think of Godzilla as a camp testament to cheap special effects and terrible dubbing, but the new film sidesteps those impressions by adopting a more grounded, earnest tone, calling back to the 1954 Japanese original that used the creature to express nuclear fears in post-World War II Japan.

While that’s due in no small part to director Gareth Edwards, it’s also thanks to the work of screenwriter Max Borenstein. While Borenstein’s been impressing the industry for years with scripts like the unproduced Jimi Hendrix biopic Jimi, Godzilla is actually his first credit since his 2003 feature Swordswallowers and Thin Men (he’s got Seventh Son coming next year). A few days before the movie opened, we spoke with the screenwriter to find out how he made Godzilla relevant to modern audiences, both in the film and in the graphic novel prequel Godzilla: Awakening.

How familiar were you with the legacy of Godzilla going in — were you already a fan? 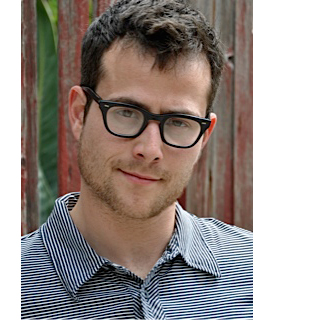 I became familiar originally when I sought it out, probably it was 1995 or 1994 — whenever Power Rangers hit the stage and became a big thing. They always mystified me, because it was so weird, but I was intrigued by it. … So I got into renting early “suitmation” movies [films known for their use of actors in giant monster suits], and rented a bunch of the early Godzilla films from the first series and a little into the second series.

At the time, I was interested in the kitsch and the camp value, and thought it was funny and cool, and that’s sort of where it stuck in my brain for a long time. … And then when I was approached by Legendary Pictures [to write the new movie], and when they said that Gareth was involved, I went back and rented the first film — but the Japanese cut, which I had never seen. I had only seen the Raymond Burr version [that was dubbed and recut for US audiences]. And it blew me away, because it’s actually this harrowing, gritty allegory for nuclear war that’s very different from the film that followed. It was a revelation, because it said not only can you make a serious version of this film, and this franchise, and this character, but it was done. It was the first film; they did it. And so that got me really jazzed and excited about taking on the franchise in a new way. 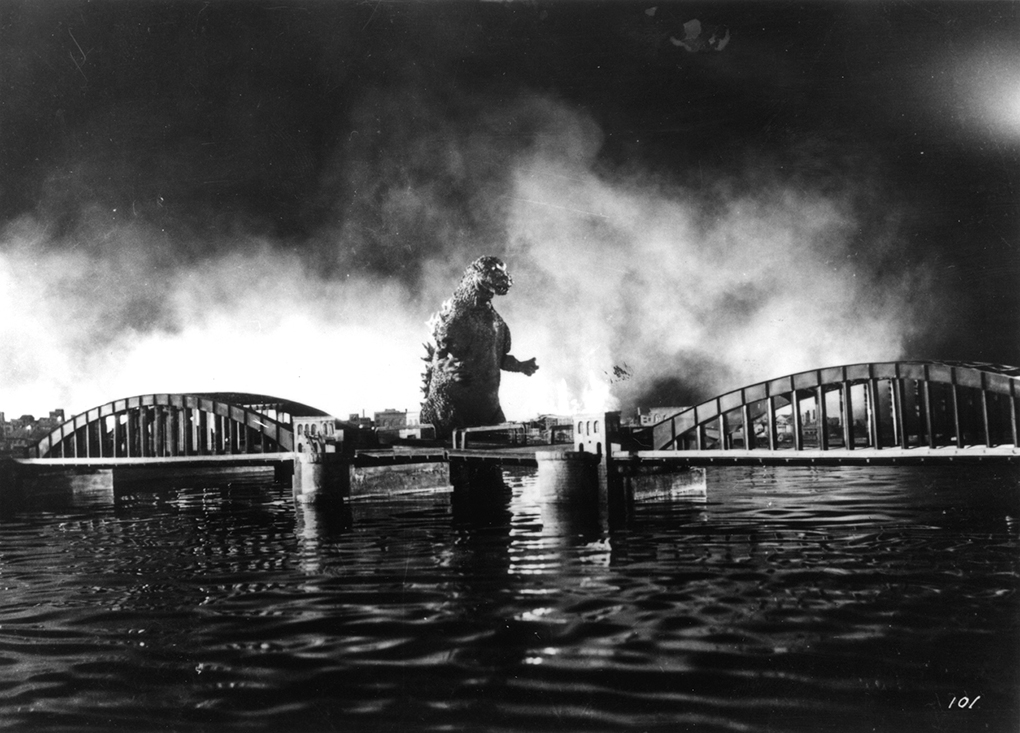 As a writer, how do you go about pulling off that more serious take, particularly when audiences are most familiar with Godzilla as a guy in a goofy rubber suit?

For me, it’s all about looking into two things. First, a theme that feels resonant and worthwhile, and relatable today — universally. And then from that … a set of characters that feel relatable and grounded in the same way. … We knew we wanted to do something that was grounded, so then it led us in a direction. It was about latching into what lies at the root of Godzilla, and how that can apply to today.

"Godzilla is a force of nature, a force beyond human control."

Going from that, immediately my mind and Gareth’s went to the kinds of natural disasters that we suffer seemingly all the time, lately. These huge catastrophic events, which are natural — but maybe not entirely natural, in that they’ve been impacted by our own influence on the globe in some way. And also the human cost, and the toll in human lives that they take is very often the consequence of some human mistake in engineering or arrogance in building somewhere we shouldn’t have built. … It’s something that hits in a really core way, especially now that we as a society and civilization have gotten so advanced in terms of our other technologies and the ways that we think we’re in control. You can order something from around the world and it can be in your living room within a day — but you can still get washed away by a tsunami. And it felt like Godzilla could represent that in an impactful way. 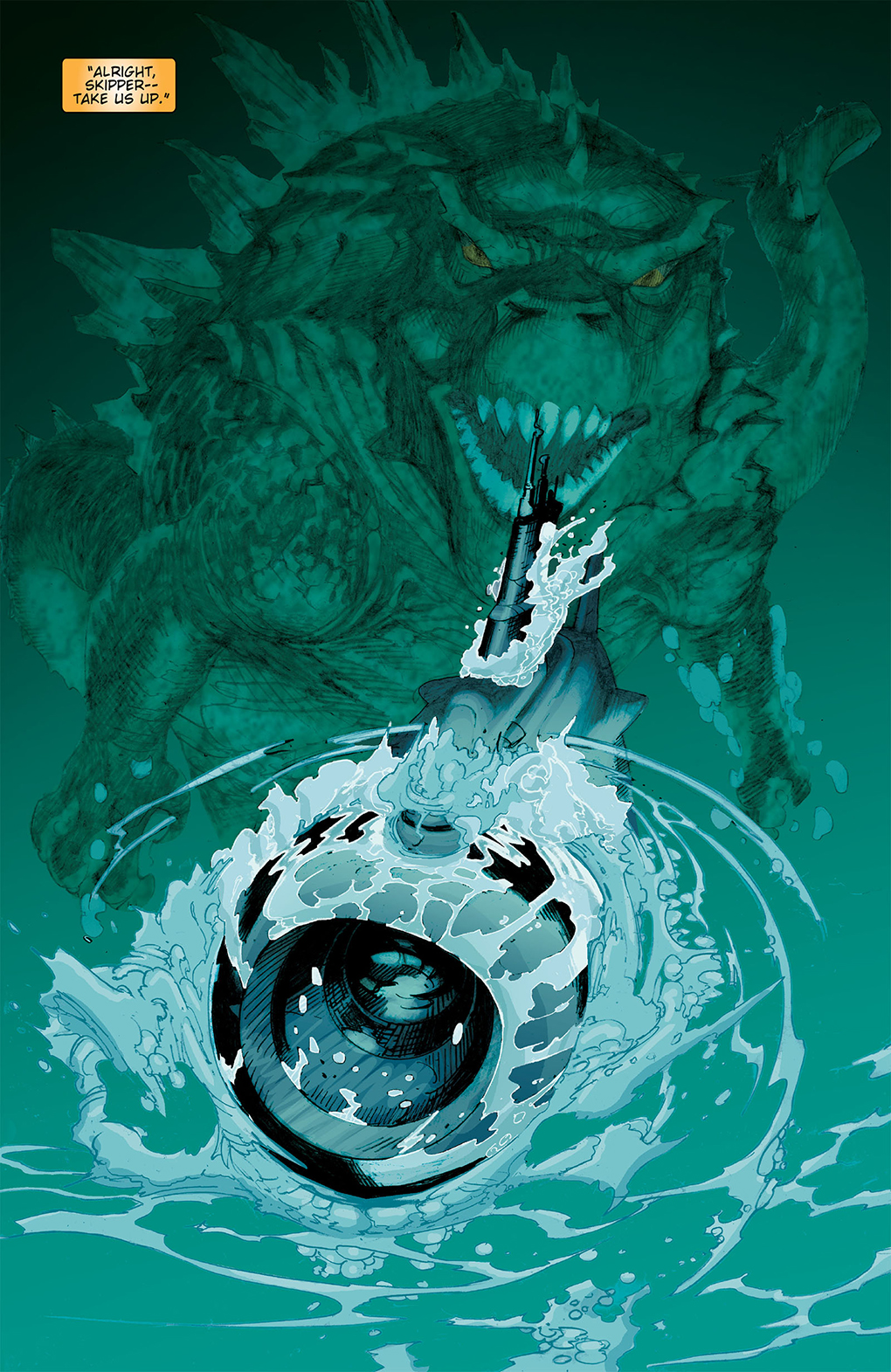 A page from "Godzilla: Awakening."

You also co-wrote a graphic novel prequel called Godzilla: Awakening, that features the character of Dr. Serizawa (played by Ken Watanabe in the film). Did most of it come from the backstory you’d created for the film, or was it new material that you and your co-writer developed?

The specifics we came up with together, in terms of the other creature [that Godzilla battles] and all those things. The kernel that existed from the film, that was like the seed of the idea, was that Serizawa’s father lived through the bomb at Hiroshima, and obviously that event had something to do with the first appearance of Godzilla.

So that was the seed, and from there we wanted to find an adversary creature that would be different from the film, because we didn’t want to spoil that, but we still wanted it to exist in the same tonal space. And obviously we had certain limitations, because you don’t want to destroy a city, because then you’re revealing Godzilla’s existence to the world, which spoils the film. And it makes the film impossible on the same timeline. So there were all these sort of creative limitations that we had to work within.

There’s obviously a huge universe out there to draw from in Godzilla’s legacy. Are there any particular creatures or eras you’d like to tackle in the future?

I love all the monsters from Godzilla lore, and if we’re fortunate enough to do a sequel or any kind of expansion it would be fun to look back and see if there are any of those that would fit within the tone we’ve established for ourselves. Or maybe it would be something new. I think we’d have to start the same way we started this process: by just trying to ask ourselves what would fit within the grounded version of this universe that we’re trying to establish, and what would feel organic to that take. And you know, I think there’s a way to do a lot of different things, and if we’re lucky enough to get a chance it’d be really fun.

Godzilla is now playing in theaters. Godzilla: Awakening was written by Max and Greg Borenstein, and is available now. Images courtesy of Legendary Pictures and Warner Bros. unless otherwise noted.