I just saw this repost at WPcentral 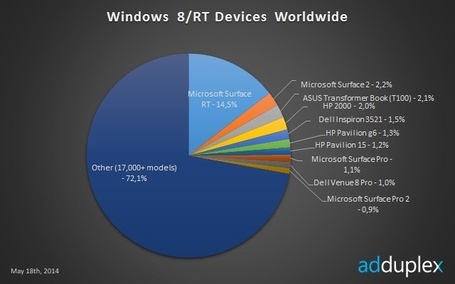 But here is the kicker .

The Asus 100 reportedly sold 500k units over the holidays season alone , and with its strong demand a 1M mark should not be far (if not already reached , asus expects 2M in 2014) .

Yes, adduplex is not the most accurate method to measure marketshare, but a 4-5M of Surface RT should be more than likely