Researchers have discovered a new type of praying mantis previously unknown to science in Rwanda's remote Nyungwe national park. Dystacta tigrifrutex — also known as the tiger bush mantis — earned its name from the hunting practices of the female members of the species. Like a bug version of a big cat, wingless female mantises stalk the undergrowth of the mountainous Nyungwe park, tracking prey at ground level.

Scientists found the new species when a male bush tiger mantis was attracted to a light trap placed during a three-week expedition to the national park. Unlike females of the species, male bush tigers have wings, and live higher in the forest's vegetation. Shortly observing the male, the researchers were able to capture a female bush tiger mantis. The female laid an egg case, known as an ootheca, while in captivity, allowing the scientists to study the newly uncovered species at almost every stage of its lifespan. 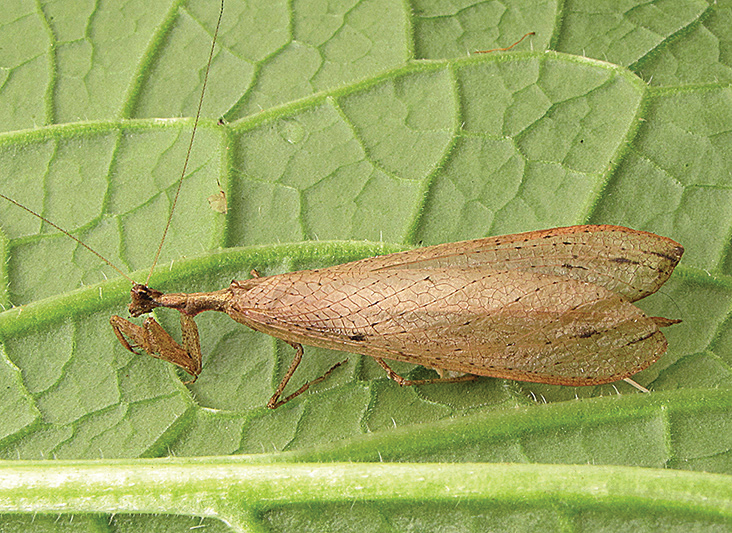 Males bush tiger mantises can fly, while females remain on the ground

Dr. Gavin Svenson, one of the lead authors of the study that unveiled the bush tiger mantis to the world, says the species likely only lives in the mountainous Nyungwe national park. Svenson, who is planning to return to the park in June to search for more bush mantises and other new species, says the rarity of the vicious little minibeast "adds significant justification for protecting Nyungwe to ensure species like this can continue to exist."