The scary, wonderful future of the Pentagon's science fair

The scary, wonderful future of the Pentagon's science fair

ULTRA-VIS is an augmented reality system that overlays graphics on the landscape through a low-power, holographic see-through display.

The scientists at the Defense Advanced Research Projects Agency aren’t secretive, they’ll tell you — they’re just busy. But on Wednesday afternoon, DARPA put its work on pause and opened up to the press for a precious two hours. The agency that brought you the internet and GPS erected white tents inside the Pentagon courtyard and staged 112 simultaneous demonstrations as harried journalists rushed around trying to suck up as much information as possible before our handlers nudged us out.

In one tent, a smiling gentleman in a jaunty hat shook my hand with his prosthetic arm, its soft plastic fingers closing around my palm. That was the DEKA arm system, the ultra-dexterous mind-controlled prosthetic that was just approved by the Food and Drug Administration earlier this month. Its wearer, Fred Downs, the former director of the Department of Veterans Affairs Prosthetic and Sensory Aids Service, has tried almost every prosthetic on the market and says this one is the best. DARPA hopes to have it mass produced for soldiers who come back as amputees.

DARPA’s strategy is to invest its $2.8 billion budget in ideas that are high-risk, high-reward, and wide-ranging. Considering this is the agency that brought us Siri and the self-driving car, it should be no surprise to see projects all over the spectrum. The projects on display tackled language translation for face-to-face conversation, anonymous internet browsing, car-hacking, biometric passwords, big data, and more. There was an "unhackable" quadrocopter. There were educational games that teach kids fractions while teaching DARPA how to refine training techniques for soldiers. There was an augmented-reality helmet with a see-through screen over one eye, showing the wearer which route to follow by superimposing it on the landscape. 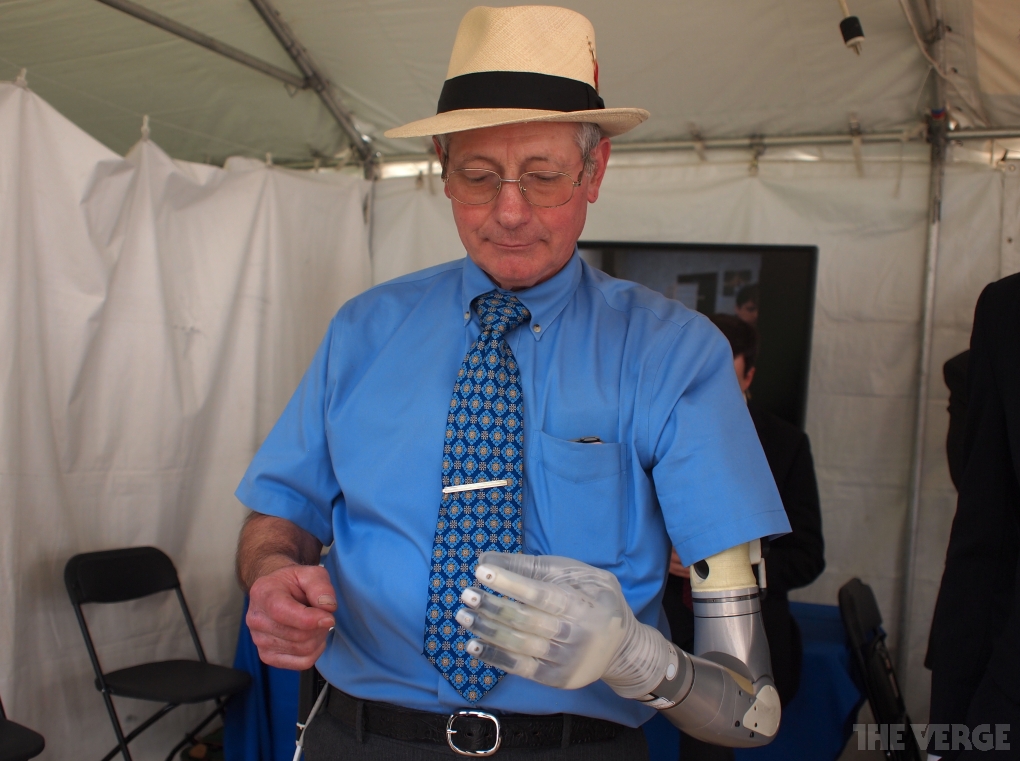 Most of the demonstrations were from the software-focused Innovation Information Office, or I2O, which is just one of DARPA’s many divisions. DARPA hasn’t done a demo day on this scale since 2007, but I2O director Dan Kaufman wanted to bring the tradition back.

"I think that the taxpayers have paid for stuff, and I want to make it open and at least give a chance for people to see the stuff that we’re doing," says Kaufman, a former lawyer who ran a video game company as well as a joint venture for DreamWorks and Microsoft. Kaufman has been the main driver in getting DARPA to open up to the public; he even wrote an algorithm to help the agency select a public relations firm. "If you build stuff and it just stays in a closet, there’s no point to it."

"If you build stuff and it just stays in a closet, there’s no point to it."

Demo day also lets DARPA get feedback from the rest of the military. "I put it here in the Pentagon because I do have a customer, and my customer is the Department of Defense," Kaufman says. "I wanted them to come by and actually touch my stuff and put their hands on it and then say, ‘Why doesn’t it do this?’"

One of DARPA’s top priorities is Plan X, which is designing ways to fight cyberattacks with interfaces that are more intuitive than the command line. The example at demo day used a pair of joysticks and an Oculus Rift, which dumps users into a Tron-like world where controls are represented by neon figures. There aren’t many people who have the constitution for typing codes character by character into a terminal, so DARPA wants to rework its cyberwarfare systems so they look more like those used for physical or "kinetic" warfare. Train a cadet for an hour, and he or she can launch a cyberattack just as easily as launching a missile or "as easy as Angry Birds," as Wired put it.

Next to Plan X, a researcher was swiping and pinching on a table-sized touchscreen displaying something more immediately digestible, a map. The map was made of blue outlines punctuated by pulsing yellow circles that represented Wi-Fi and Bluetooth signals. Imagine wearable sensors that soldiers can pin to their vests, turning armies into roving data collectors, a researcher explained. In this example, the signals indicate likely enemies. The commanders can then track the signals in real time on the map, guiding the troops either toward the enemy or away from it. 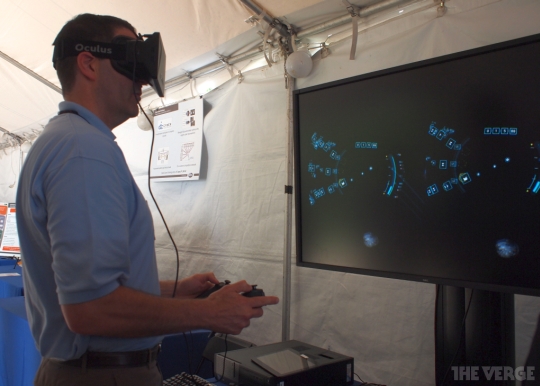 DARPA is also very proud of its big data efforts. Ninety percent of the world’s data was created in the last two years, Kaufman is fond of saying. MEMEX is an ambitious plan for a next-generation search engine that indexes the deep web, while Big Mechanism will enable computers to read journals and other sources of knowledge and extract intelligence about things like cancer, economies, and the brain.

The demo day felt like an exercise in big data itself; we couldn’t have seen all of it even if we’d had the time. "You’re not allowed in here," a woman at the entrance to a darkened tent told me as I approached with my blaring MEDIA badge and secondary "escort required" visitor badge. I found out later it was because the demonstration was using real data from a military base in order to show off high-resolution images from autonomous ground robots with night vision.

This may be the start of a more open DARPA

Despite the occasional rebuffs from security, I2O’s demo day may start a trend. The other offices will probably host their own demo days next, officials said, suggesting this may be the beginning of a more open DARPA. Other offices include the biotechnology division, electronics division, and weapons and space division, whole new worlds of hyper-ambitious projects. Some of these projects will die, and some of them will reach the ubiquitousness of advanced semi-conductors, another DARPA invention. I just hope they give us more time to see it all.