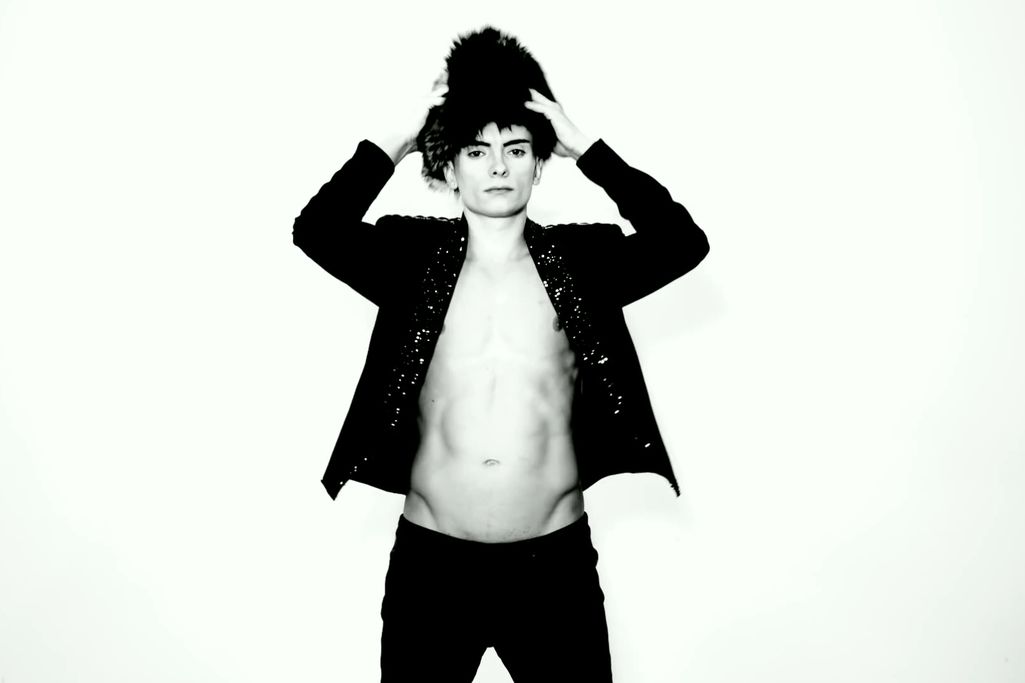 Cameron Carpenter doesn’t believe in God, but he does believe in the power of the pipe organ to move audiences. A Julliard-trained, Grammy-nominated organist, Carpenter wants to free the pipe organ from its long association with churches. And he's designed a revolutionary new version of the ancient instrument as part of an effort to do just that: called the International Touring Organ (ITO), it's portable, digital, and allows Carpenter to take his music to the streets. He's already created a stir in the insular, sometimes bitchy world of pro-organists, but audiences love it: even The New York Times' classical-music critic recently called the organ "quite terrific." All signs suggest that Carpenter's unlikely quest to turn one of the world's most niche instruments into a mainstream sensation might actually work.

Carpenter is a controversial figure in the classical music world. He dresses like a rock star in tank tops that show off his gym-rat muscles and wears Cuban heeled shoes he bedazzles himself with Swarovski crystals. He has an androgynous alter-ego named Shane Turquoise, who materialized in college when he was "heavily into voguing." He’ll play a Wagner overture on the same bill as a Japanese film score, and takes liberties with pieces by canonized composers like Bach for dramatic effect, enraging purists. Not that he agrees with the characterization of himself as "an eccentric," as he says a German interviewer recently referred to him.


"What’s eccentric about enjoying fashion, dance, and design aesthetics?" Carpenter says, on a phone interview from Vienna, where the ITO made its European debut the night before. "A person who spends most of his free time in the balcony of a church playing an instrument that is essentially separated from the culture of his time, that’s not eccentric? I think that’s nihilistic!"

The pipe organ as we know it developed during the Middle Ages. Until the Industrial Revolution, it was considered the most mechanically complex invention besides the clock. That's largely because organs have so many moving parts. The keys activate the pipes, which make the notes. There are multiple keyboards, called "manuals" —  plus an additional keyboard you play with your feet. A different set of pedals control volume, and controls known as "stops" allow the player to change the harmonic texture, or timbre, of the notes. The expression to "pull out all the stops" came from the organ, because when all the stops are pulled out, it creates a powerful sound. And the notes on the organ, unlike on the piano or harpsichord, don't die away after they’re hit, but keep ringing until the player takes his or her hand away.

THE MOST MECHANICALLY COMPLEX INVENTION EVER MADE, BESIDES THE CLOCK

Carpenter, who was homeschooled in rural Pennsylvania by his parents, whom he describes as "ex-hippies," decided to play the organ not after hearing it, but after seeing it — in a picture of a man mid-keystroke in a volume of his Childcraft Encyclopedia set. He was attracted to the grandiosity of the instrument’s enormous, gilded physicality, as well as the player’s elegant tuxedo. "I was raised on movies — Fellini, Gone with the Wind," he says. "My mother created this high yearning in me for glamour and drama that was in short supply in the backwoods of Pennsylvania." He found his vehicle in the traditional pipe organ, and in 2009 became the first organist to ever be nominated for a Grammy Award for his solo album, Revolutionary.

But Carpenter felt hamstrung by his chosen instrument’s immobility. Outside of some concert halls, pipe organs are generally built into the architecture of churches. After playing the pipe organ professionally for a decade, he commissioned his own portable digital version from Needham, MA-based organ builders Marshall & Ogletree LLC. Although company principal David Ogletree wouldn't say how much the organ cost, he said that other organs his company makes start at around $300,000 and run upwards of a million dollars. "Cameron is a huge proponent of the idea that any great artist should have their own instrument that they play on and bring them with," Ogletree says. 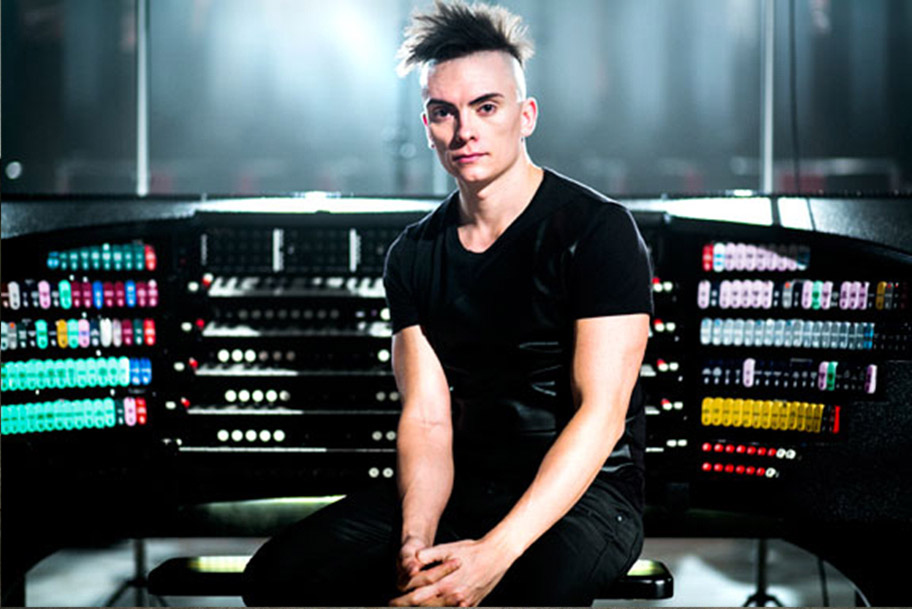 Portable, by a pipe organist’s definition, is different than your average person’s. The ITO fills up a 90-foot stage from end to end, as compared to a pipe organ, which would be 10 times that size. Its console, which consists of five keyboards and a pedal board, is 64 square feet, weighs 2,000 pounds, and can be broken down into five pieces. It contains a primary CPU connected by a network cable to industrial-level servers, which feed their signals to six eight-channel power amplifiers, which then drive 10 speaker carts and eight subwoofer cabinets. Each of the speakers are 6 feet tall, and half of the subwoofer cabinets are larger than a refrigerator.

Many of the sounds produced by the organ are recorded samples of Carpenter’s favorite organs from around the world, and can be selected using the instrument's hundreds of stop tablets. The organ also contains samples of non-pipe organs, such as the Hammond organ (the instrument played by Ray Manzarek of The Doors and jazz great Jimmy Smith). The Hammond produces its distinctive sound by synthesizing complex wave forms out of individual sine-wave harmonics, varied in intensity via "drawbars" on the console. The ITO, in contrast, uses proprietary sampling technology to convert complex wave forms into bits of data, which are then stored digitally in the instrument's tone generator servers for instant recall.

"The organ has a violence and sensuality ... like no other instrument."

In many ways, Carpenter is following in the footsteps of an earlier organ maverick, Virgil Fox. In the 1970s, Fox, dubbed the "Liberace of the organ," took a less evolved electronic organ on the road with ambitions to create a more mainstream audience for the instrument. But Carpenter has prickled at comparisons to Fox. He was quoted in the Washington, DC, LBGT newspaper, Metroweekly, as saying: "His audiences probably were as racially diverse as a loaf of white bread."

Carpenter clearly wants to be recognized as a groundbreaking artist, but his approach has rubbed traditionalists the wrong way. Organ player and Cornell music professor David Yearsley has made a sport of poking fun at Carpenter's bombastic persona, writing in the online magazine Counterpunch: "With an unsettling mix of messianic fervor and chilling monomania, Carpenter describes the historical inevitability of his vision: 'There was never a decision to make a touring organ. There didn't have to be a decision. It was a conclusion.'" 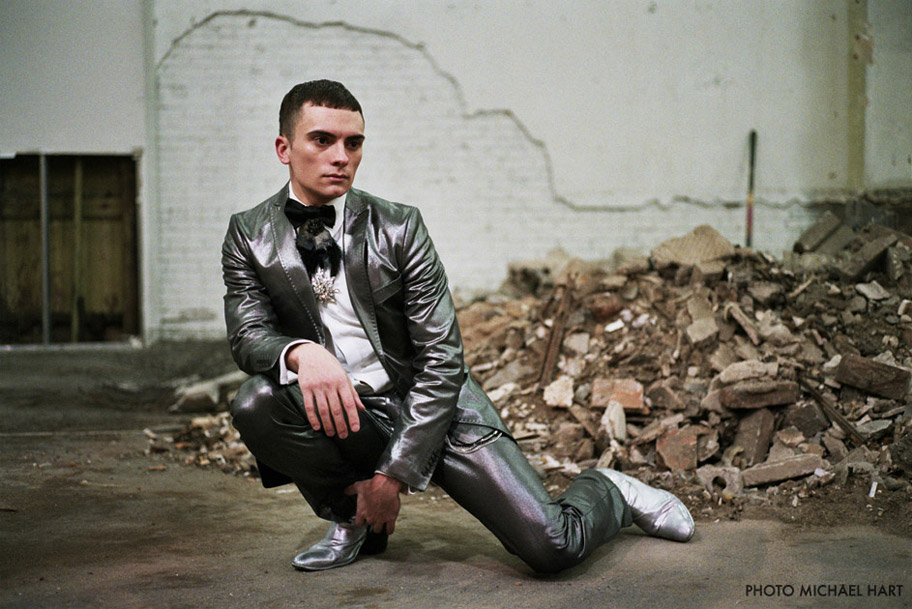 David di Fiore, a prominent American organist who teaches at the Catholic University in Ruzomberok, Slovakia, told The Verge in an email that "I do not take kindly to individuals who trash some of the very greatest instruments of the world in favor of, shall we say, inferior products."

But there are plenty of people in the performing arts world who are fans of Carpenter’s approach. "He’s so enthusiastic and he’s a master organist," says Randall Kline, founder and executive artistic director of SFJAZZ of San Francisco, which hosted Carpenter in January (he played on the pipe organ at Grace Cathedral). "I applaud him for pushing the envelope and pushing boundaries."

Most people will not notice a difference in sound quality between an actual pipe organ and the ITO, said Nick Sheer, the editor in chief of the online classical music magazine, Alto Riot, in an email to The Verge. But what they may notice is that the organ is worth paying attention to. "Nothing screams ‘fun’ about an organ, even for classical music, which is a shame because it’s really the only instrument that can fill a space with a BIG presence that nothing else can match," Sheer wrote. "Hearing an organ in this manner is going to open a lot of doors for people to be intrigued by its sound."

"The reason I play is a search for ecstasy."

Having a portable organ, from the performer's perspective, is an incredible boon. No two pipe organs are alike, and even digital organs, like the ones made by Marshall & Ogletree, are unique one-offs. This means hours and hours of tweaking and and adjustments are required before each performance, and the organist can't play the same piece of music the same way on one organ as he does on another. It's not unlike a pro chef cooking in a different person's kitchen every night.

Carpenter hopes to see other organists commission their own ITOs and take them on the road. If they do, such instruments might one day even bear his name: according to music blog Lucid Culture, the ITO is akin in transformative potential to the Les Paul guitar, and one day it might simply be referred to using the name of its creator — "the Cameron Carpenter."