Solar Roadways has a great idea, but don’t get too excited

Idaho couple Julie and Scott Brusaw of Solar Roadways have raised more than $1 million on Indiegogo to pursue the extremely ambitious goal of replacing the nation’s roads with solar panels. The design will now move from prototype to manufacturing, a dangerous phase for any technology project — and while the dream is exciting, the logistics of actually pulling it off are less so.

The Brusaws are not scammers or wackos. Scott has an electrical engineering background and the project has gotten two rounds of funding from the Federal Highway Administration. They’ve built a prototype parking lot made of solar panels, microprocessors, and LEDs encased in a textured glass that they say can withstand the weight of a 250,000-pound truck.

They say their prototype can hold a 250,000-pound truck

In theory, the idea could work: replace all the nation’s asphalt with solar panels, and we’d generate more than three times the electricity the US uses. Solar Roadways’ design would also filter stormwater, replace above-ground power cables, prevent icy roads by melting snow, and light up to warn drivers if a moose wanders onto the road.

Unfortunately, the list of obstacles is long. The main problem is cost. "Sure, we could pave the streets with solar panels, but we could also pave them with gold," science writer Aaron Saenz wrote in 2010, when Solar Roadways was first getting national attention. "There is roughly 29,000 square miles of road surface to cover. We need roughly 5.6 billion panels to cover that area. That’s a price tag of $56 trillion!"

Even using the Brusaws’ rosy numbers, which Saenz says overestimate the cost of asphalt, he writes solar roads are 50 percent more expensive than traditional roads.

The Indiegogo campaign does not address the cost issue, and the Brusaws are vague about what exactly the $1 million will buy. "We need to make a few tweaks to our product and streamline our manufacturing process so that we can make our panels available to the public as quickly as possible," they write.

Joel Anderson, a business editor for Equities.com, was one of the few in the media to throw cold water on the idea. "The Brusaws have been unable to secure any piece of the more-than $2 billion a year spent on solar research and development around the world," he writes. "Probably because there’s too many more-practical, more-promising investments to be made to seriously consider this pipe dream."

Most of the tech challenges seem solvable, but the cost issue may not be

He brings up a good point. Rooftop panels and solar arrays are already established as a viable power source, but adoption is still low. It’s hard to imagine a city ripping up asphalt and installing a largely unproven technology when it could achieve the same level of power generation by planting panels along the road, which is the Oregon Solar Highway program’s approach. And while Solar Roadways has been a hit at talk series like Google’s Solve for X and TED, it lost out on $200 million in funding from GE’s Ecomagination contest and has not received an actual investment from Google. 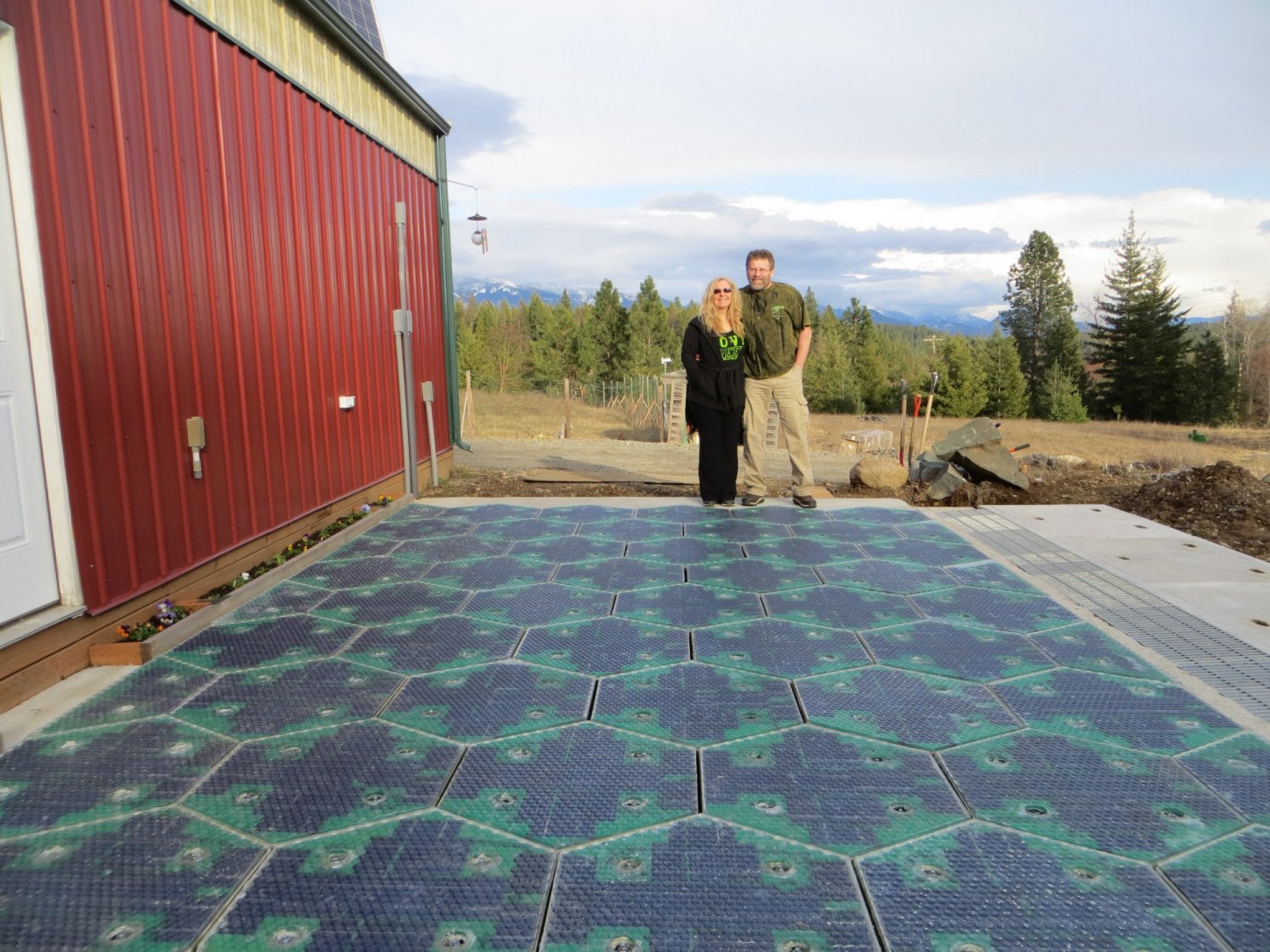 The Brusaws and their prototype parking lot.

Most of the technological challenges seem solvable. Those include things like how to keep the roads clean, how to increase the efficiency of the panels in the road, how to store the solar power, how to get electricity from more remote roads to the grid, and whether the glass is durable enough. Whether they’re solvable for a reasonable price tag is another question.

The couple says they have some customers lined up as soon as the product is finished, but decline to name them or specify the strength of their commitment. They also mention the possibility of other revenue sources besides selling electricity, such as advertising on the roads’ LED displays or charging people to refuel their electric cars, but the list sounds more like brainstorming than a business plan.

The idea isn’t dead on arrival, and even skeptics say they’d love to see it work. But for now, the Brusaws’ promise of a "paradigm shift" seems blindly optimistic.