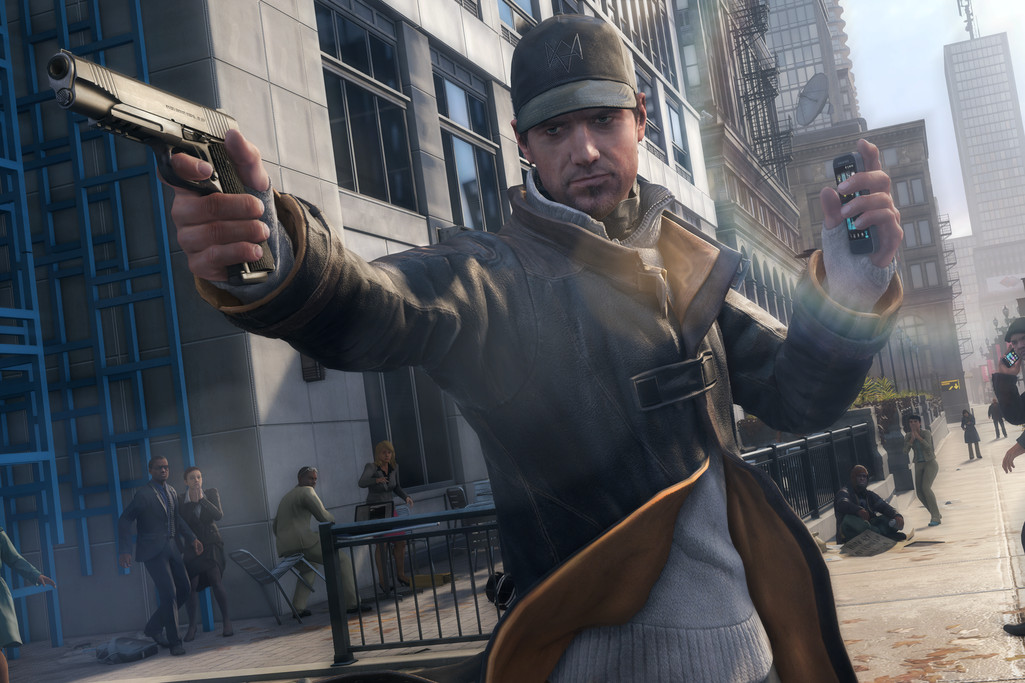 "We are the modern magicians," one hacker quips during the opening sequence of Watch Dogs. But there’s little magic here.

Set in a fictional version of modern-day Chicago, one overrun by technology and crime, the game puts you in the role of hacker and self-styled vigilante Aiden Pearce. After losing his niece early in the game — a standard and not particularly compelling action-movie setup — Pearce becomes determined to avenge her death by any means possible. This turns out to be a lot of drawn-out shooting sequences and plenty of driving away from cops. Pearce has some amazing tools at his disposal — he can hack into security systems to spy through cameras, or manipulate traffic signals to disrupt pursuers — but most of the time he’s just engaging in what feels like busywork. Watch Dogs tries to be Grand Theft Auto with hacking, but it's nowhere near as cool as that makes it sound. 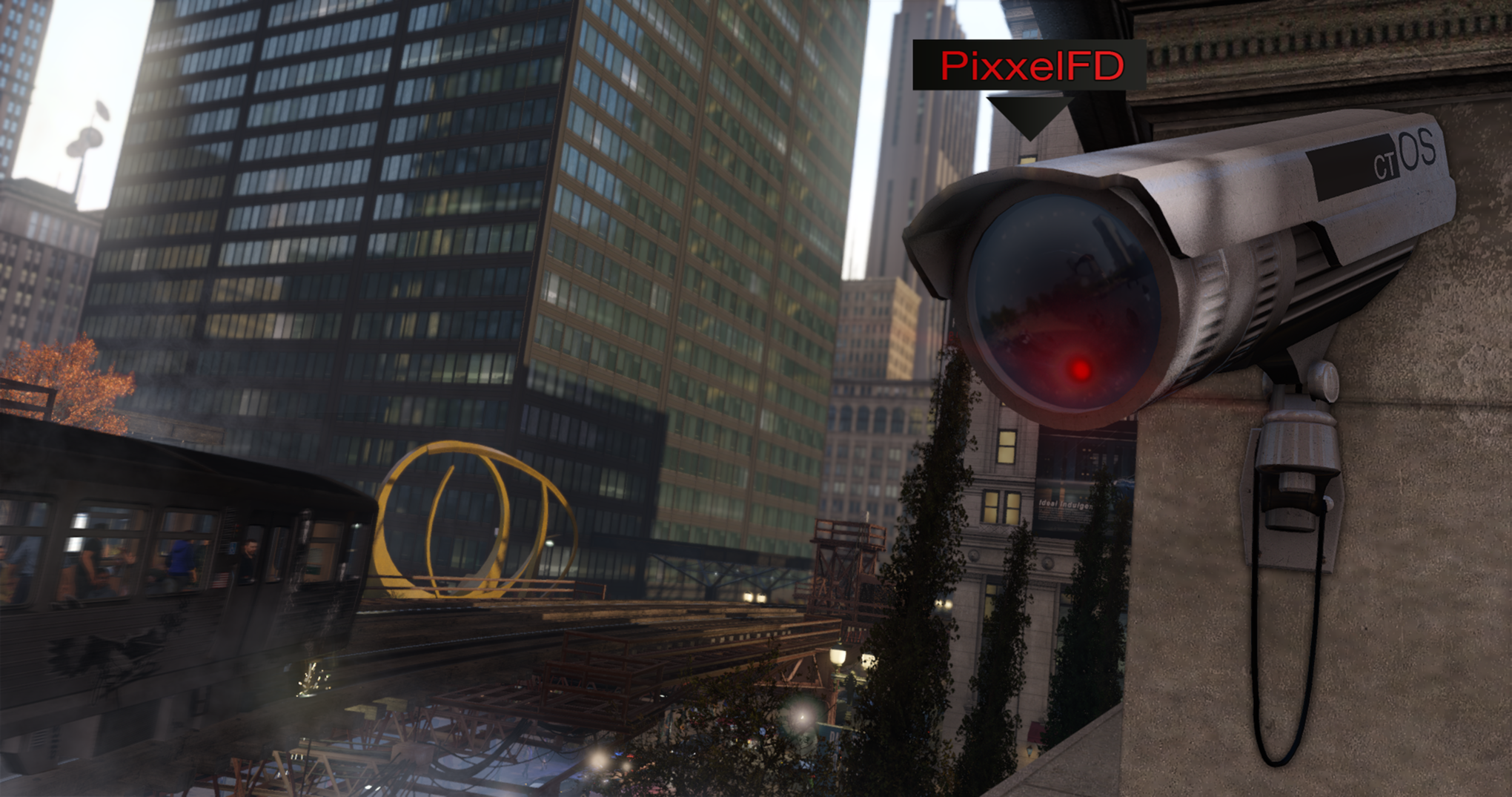 At the core of the game is the CTOS, a citywide operating system that controls virtually every aspect of life in Chicago. Since everyone is connected to it, CTOS is able to collect insane amounts of data on citizens, and helps ensure that important infrastructure runs as efficiently as possible. This raises all kinds of interesting questions about privacy and the role of technology in our lives, but Watch Dogs only briefly and superficially touches on any of that — instead it's a fairly generic revenge story where technology and hacking are simply tools to kill bad guys. Pearce seems to be unable to focus on anything other than avenging his niece, and so the story quickly pushes you from one location to the next as you attempt to locate the person responsible. 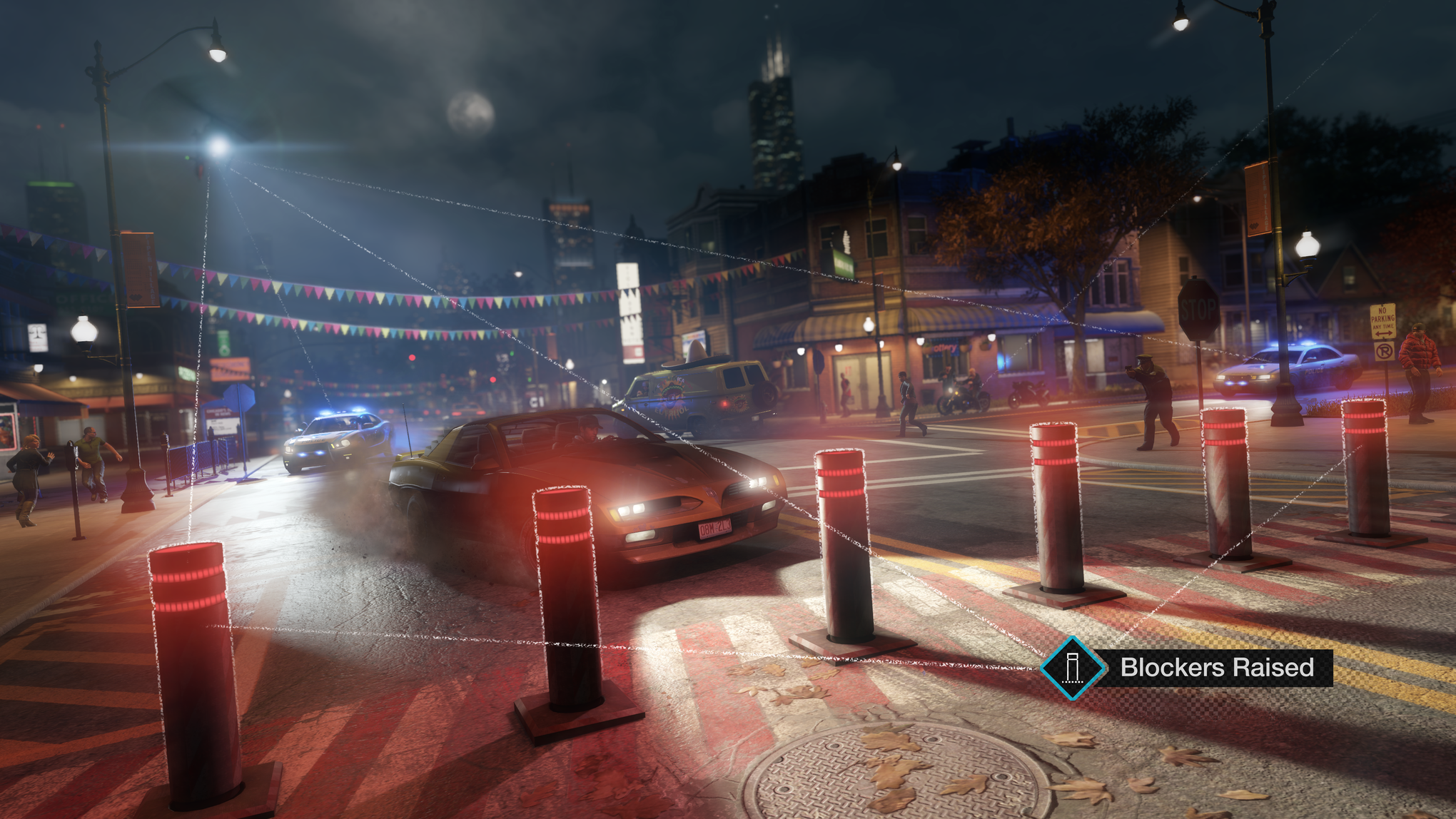 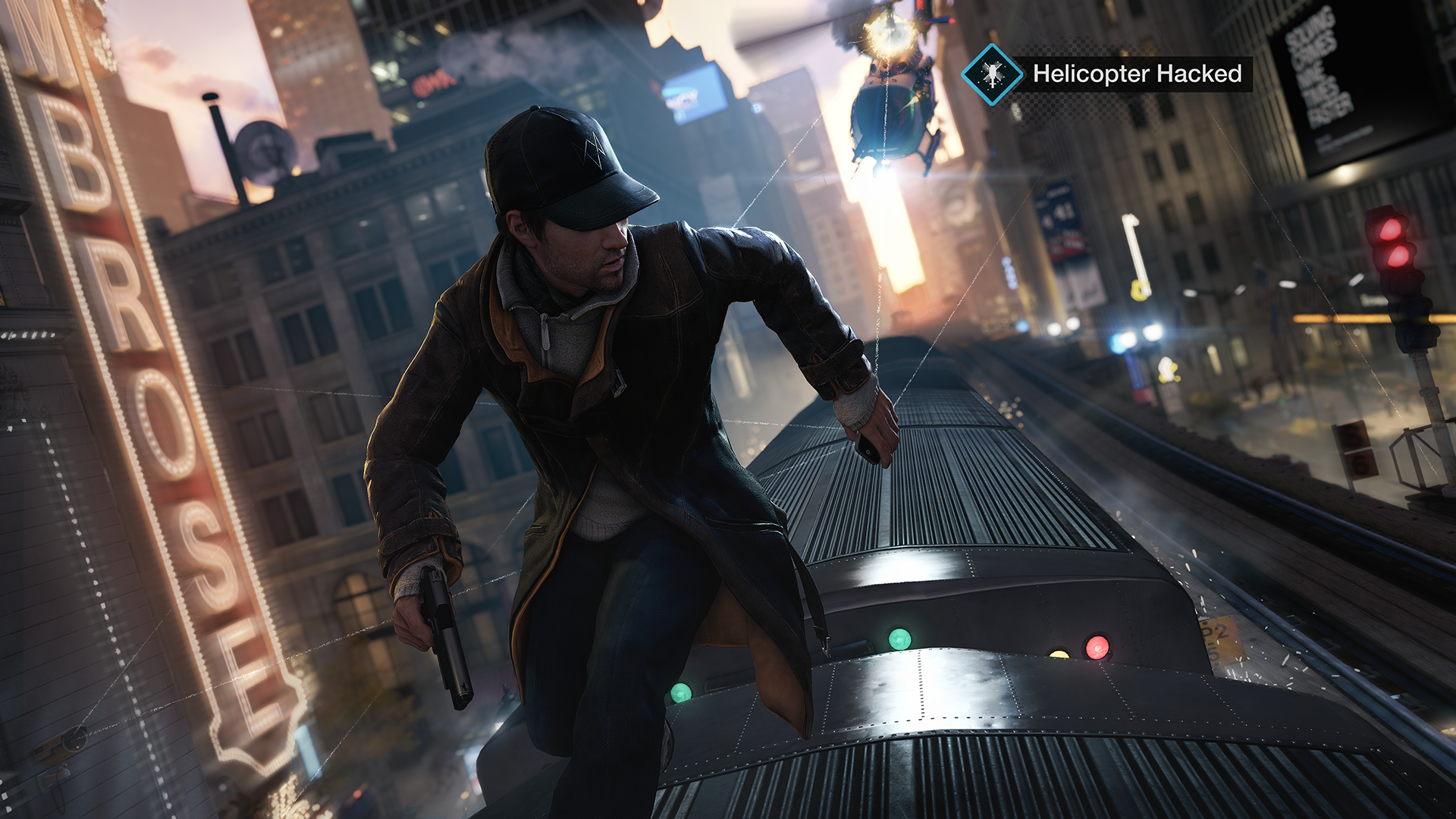 Watch Dogs’ concept and the lead character are both painfully generic. I've spent tens of hours with Pearce, but all I really know about him is that he likes hacking and is really mad about what happened to his niece. In addition to the revenge plot, there's also a side story that paints Pearce as a sort of vigilante, using technology to fight crime — he’s a bit like Batman, if Batman was a complete asshole who killed dozens of people in pursuit of his goal. But it's hard to take this subplot too seriously considering how much destruction and terror Pearce creates himself — he's the kind of person who tries to turn mass murder into an existential crisis. Watch Dogs builds itself up to an emotional climax that’s entirely undeserved, asking you to feel something for characters you either don’t know or just don’t like.

Of course, an open-world game doesn't really need a compelling story — or even a likable character — to be fun. It just needs to give you lots of tools to play with and interesting ways to use them. Initially it seems like Watch Dogs does exactly this, with hacking that feels both intuitive and cool. All you need to do is pull out your smartphone, and anything you can interact with is marked on-screen. You can do simple things like view information about strangers or hack their bank accounts, but there’s a lot more. Because of CTOS, hacking lets you delve into the city's inner workings and manipulate them to your own ends. This lets you activate road blocks or raise bridges when you’re being chased, or distract a guard by setting off a phone on the other side of the room.

At its best the hacking makes you feel like you have complete control over the world, and it leads to the game’s best moments. One of my favorite things to do was use security cameras to venture into a building before I actually broke in. I’d cause a good deal of havoc without being physically present, and sometimes I would become a sort of virtual poltergeist and just turn a forklift off and on to see people freak out. In a few rare instances the game also uses this concept so that you can guide other characters out of a dangerous location all from the comfort of a security camera, much like in the excellent iPad game Republique. 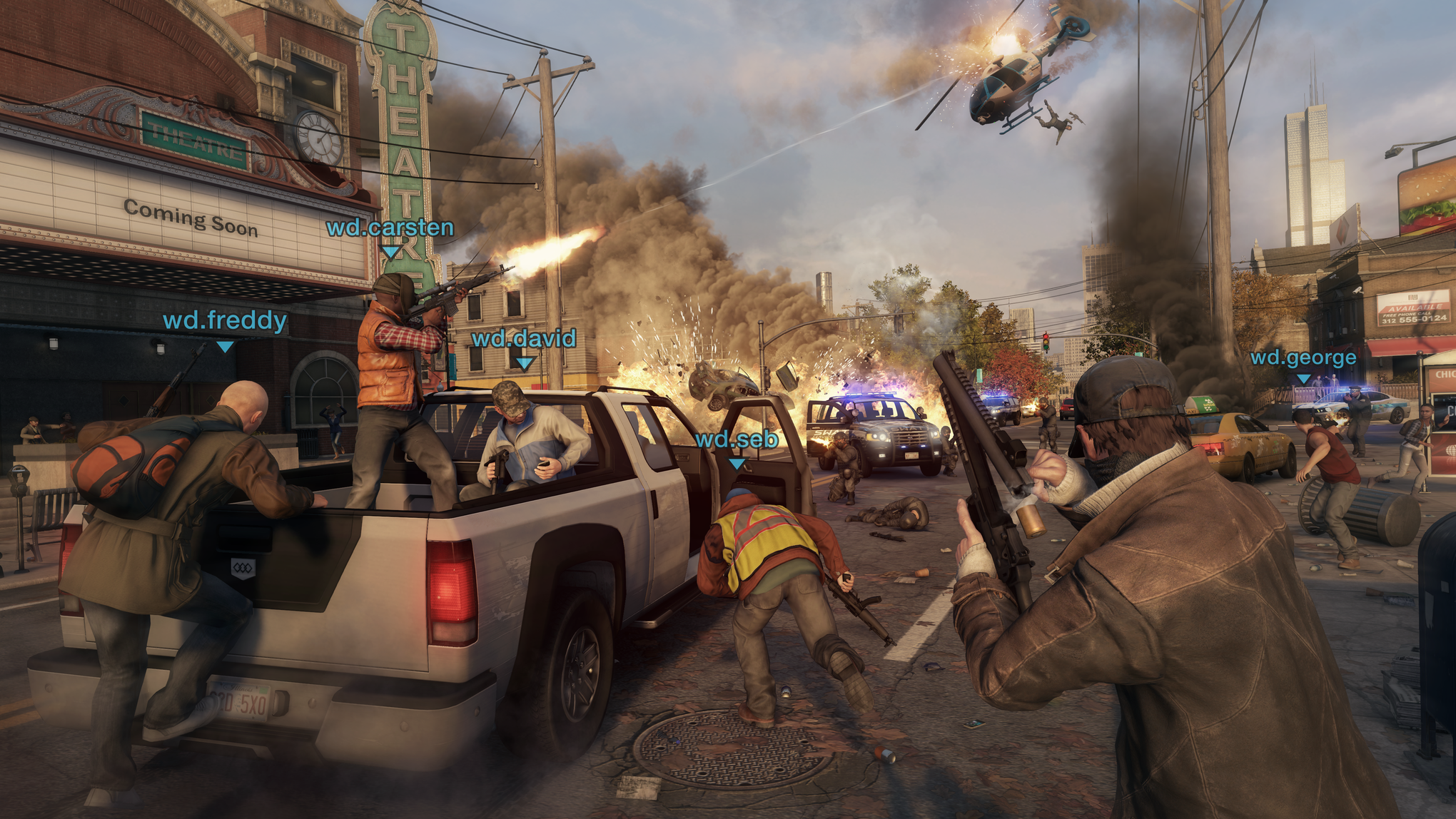 The problem is that these interesting missions are rare. In fact, many of the core story missions involve the same exact structure: infiltrate a building, locate a person of interest / important password / technical doodad, and then run like hell. There are a lot of cool things you can do in the game, but the missions rarely ask you to do them. This also means that you'll spend an inordinate amount of time in firefights, using the game’s mediocre cover-based shooting to destroy waves of foes. In these moments Watch Dogs becomes just another generic shooter, and it happens far too often. Likewise, the game borrows one of the worst aspects of GTA, forcing you to constantly outrun cops and gangs in boring chase sequences. Watch Dogs thinks it’s a game about hacking, but really hacking is just a tool to make the otherwise routine fighting and driving sequences a bit more interesting.

As you play you'll unlock new hacking abilities that help open things up somewhat, but a dozen or so hours into the game and it just feels like a lot of repetitive busywork regardless. I learned when scouting a building to always look for anyone carrying an explosive (there’s someone every time) and get rid of them first. Watch Dogs becomes a paint-by-numbers experience, and new hacking skills just add a few more colors to experiment with. 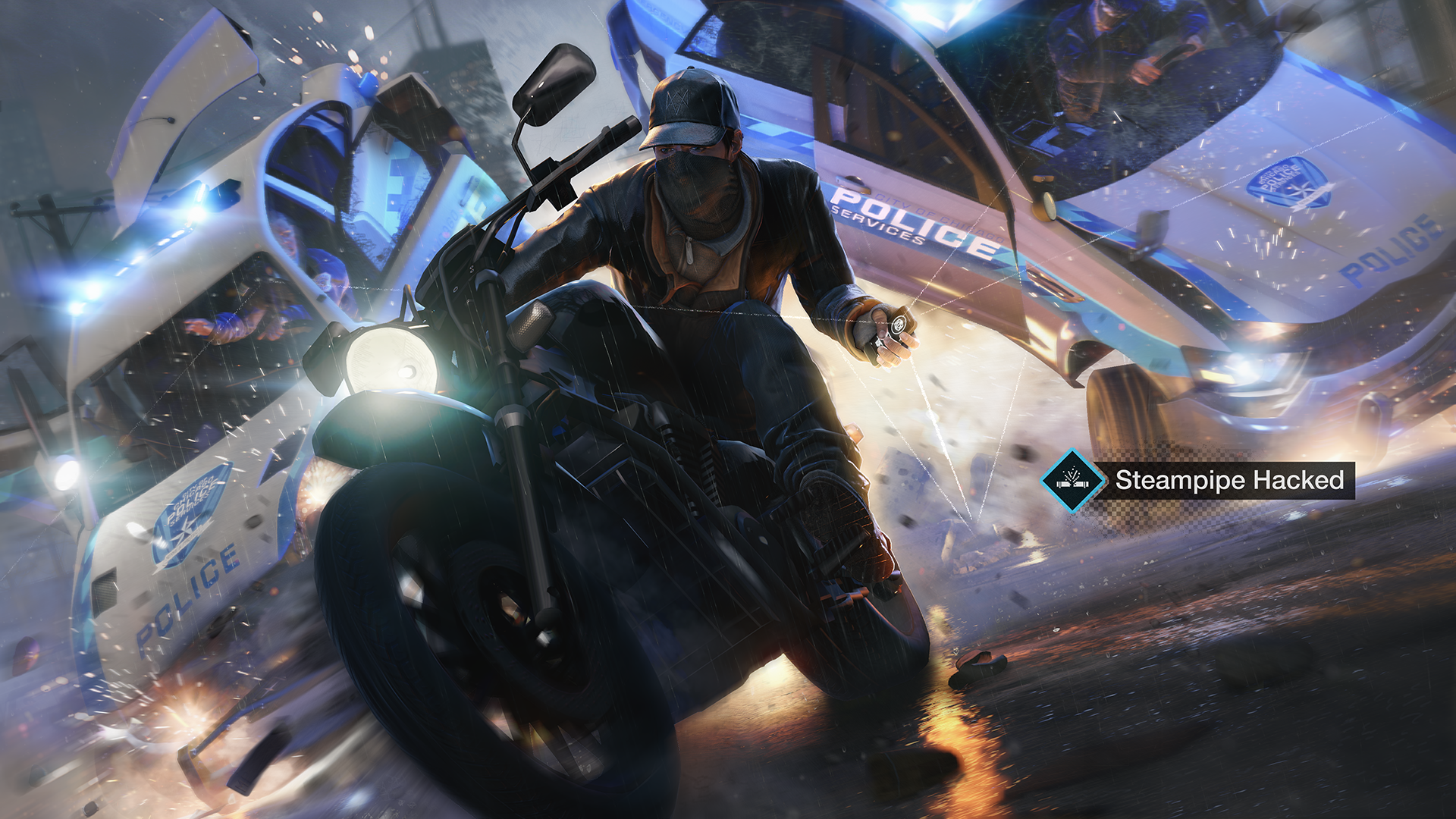 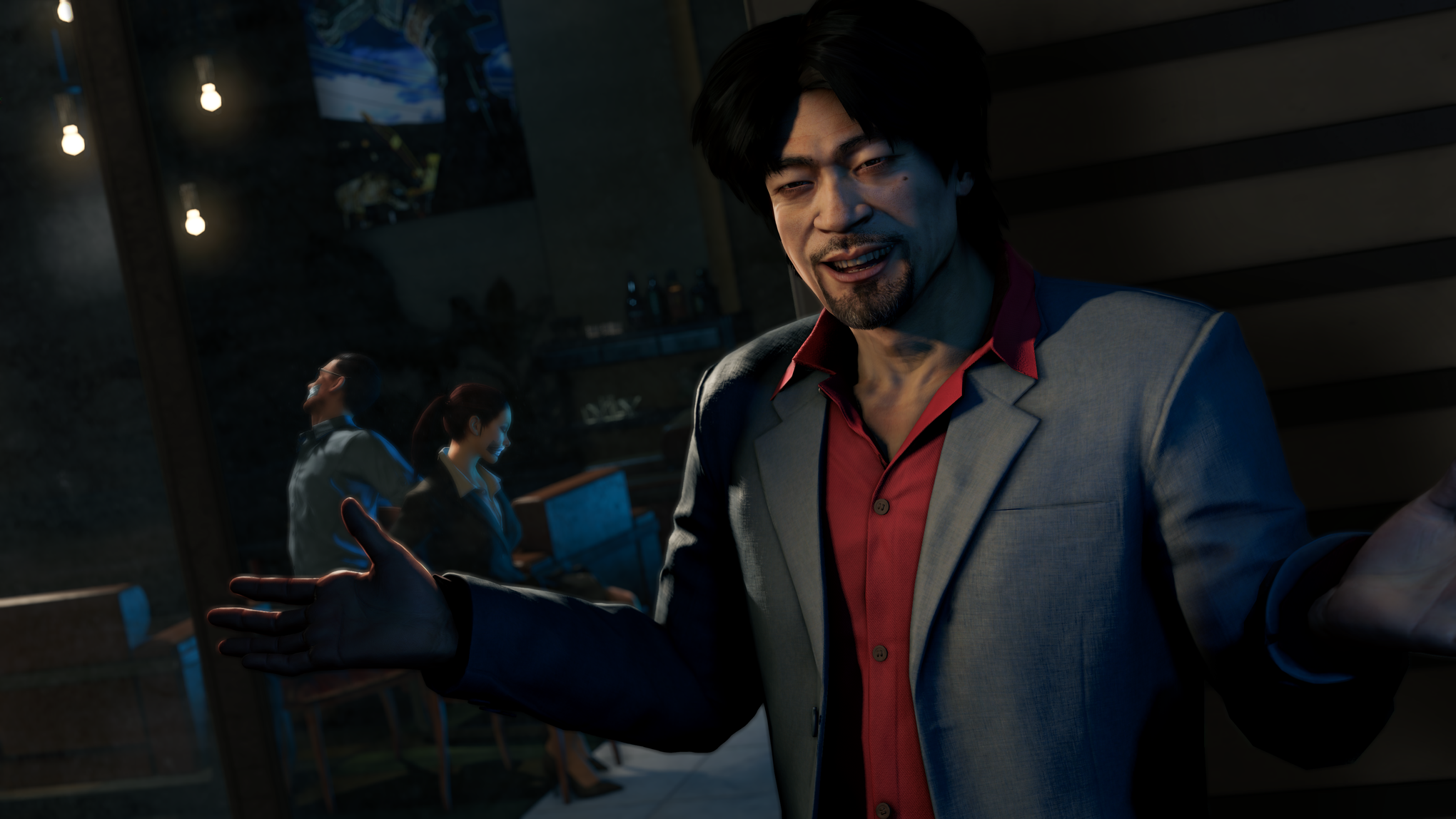 Watch Dogs tries to make up for this lack of variety with sheer quantity. The main story missions only comprise around 20 percent of the actual game, with the rest made up of a huge range of side missions, collectibles, and other assorted diversions. Some of these can be fun — the strange "digital trip" mini-games let you take some sort of electronic drug so that you can do things like use a flaming car to smash crowds of demons. But for the most part they're just smaller, even less interesting versions of the story missions. At times it even becomes overwhelming, as your map is littered with waypoints suggesting you go here and do this thing. Some of the missions don't even make sense — one line of quests has you exploring the city to check-in at various locations using a FourSquare-like app, which is not exactly the kind of thing a privacy-obsessed hacker is likely to do.

That large map is just another of the aspects of GTA that Watch Dogs unsuccessfully tries to emulate. Though its alternate reality take on Chicago is beautiful, and packed with detail — you can even ride around the city on the L train, one of the most amazing moments of virtual tourism I've ever experienced — this Chicago doesn't really feel alive. Stealing a car in broad daylight barely elicits a response at all, let alone a 911 call, and I even managed to steal a firetruck with no repercussions. One of the hacks you'll unlock later in the game lets you burst water pipes under the road — they’re connected to Wi-Fi, apparently — to create a huge explosion. The first time I played with it, cars on either side of the explosion simply stopped and waited, as if the light had just turned red. No one screamed or ran or even calmly backed their car away to leave.

Part of what makes the Grand Theft Auto series, and GTA V in particular, work is that it doesn't take itself too seriously. It revels in its own insanity. You might not always know why you're doing something, but most of the time it’s fun, so that doesn’t really matter. Watch Dogs has the opposite problem. It takes itself too seriously, with a story and narrative that get in the way of the fun. The game provides unique and inventive tools to play with, though it doesn’t really push you to use them in interesting ways. It wants to be a game about hacking, but most of the time it's yet another third-person action game.

At any time, you can press X to hack. But it’s easier to just fire a gun instead.