Facebook gives up on automatically posting everything you do online

Facebook gives up on automatically posting everything you do online

Mark Zuckerberg's quantified-self dream is over — for now

Last week, Facebook made a small but very important change to Instagram. When I like a photo in the updated Instagram app, "Ellis liked a photo on Instagram" will no longer be automatically shared back to Facebook. The same goes for photos posted to Instagram, which won't be automatically shared on Facebook unless you deliberately tap the Facebook button in the app's sharing screen. The update effectively removes Instagram's ability to automatically share anything back to Facebook, and today, Facebook is announcing its plans to take the idea much further. Automatically posted stories from apps like Pinterest, Farmville, Spotify, and RunKeeper are going to show up less and less in the News Feed, and Facebook will discourage developers from adding auto-posting to their apps at all.

The change marks a watershed moment in Facebook's history and the end of a dream — Mark Zuckerberg's dream — of a world where everything you eat, do, play, pin, visit, or listen to gets automatically shared to Facebook in real time. Unfortunately for Zuckerberg, users weren't yet ready for (or didn't want) that kind of transparency in their daily lives. About one year ago, Facebook started noticing that its users were marking lots of auto-posted stories as spam. Stories from music apps, news apps, social games, and all other kinds of auto-posting apps were being marked as spam, so Facebook's ever-changing News Feed algorithm started showing these kinds of stories less and less. Consequently, the number of users marking stories as spam dropped 75 percent.

Auto-posted stories have been a staple in many big-name apps from Nike+, to Spotify, to Instagram since Facebook introduced the world to Open Graph in early 2012. Open Graph was pitched as a new standard for auto-posting stories about things you've read, songs you've listened to, and runs you'd taken on Facebook. The Washington Post was an early adopter. Assuming you signed in with Facebook, The Post would automatically post stories you'd read back to Facebook. Socialcam, another app, quickly amassed millions of users thanks to its questionably spammy Open Graph integration, which shared every video you watched back to Facebook. These stories showed up in the News Feed, but also in the bustling "News Ticker" of stories at the top-right of your screen.

Back then, users didn't love these auto-posting integrations, and bailed on news apps that implemented the feature. However, that didn't stop most new apps from integrating auto-posting, albeit in less obtrusive implementations — like Instagram, which automatically shared your likes and photos on Facebook. Facebook may have actually been right that posting what you're doing in real time can be fun, but the company seems to have missed the mark on the breadth of its goals. Users might want to auto-post songs they listen to in Spotify, but not each time they read a Kimye gossip story in The Daily Mail or pin a recipe on Pinterest. 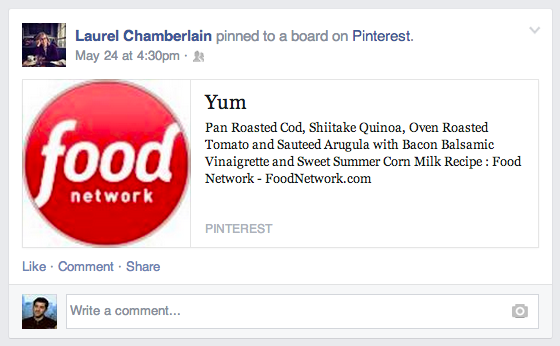 Facebook's de-emphasis of "implicitly posted" stories, as the company calls them, follows Facebook's recent moves to upgrade its News Feed with higher-quality content while also helping developers better implement Facebook sharing tools (like Facebook Messenger integration) inside their apps. You might, in fact, have already noticed fewer auto-posted stories in your News Feed. Facebook began automatically scrubbing out auto-posted stories in response to the aforementioned user feedback months ago, but today the company is making the act official.

Facebook has no plans to remove auto-posting from any apps, but today's announcement is intended to serve as a warning to developers that implicit sharing isn't going to grow their app's user base like it once did. The social network wants to emphasize "explicitly posted" content going forward, it seems, like when you deliberately share a news story, Instagram photo, song on Spotify, or run from Nike+. Without placement in the News Feed, Facebook's most important platform, I wouldn't be surprised if most developers give up on adding the implicit posting functionality to their apps at all. An exception would be in the case of apps like Spotify, where quietly amassing a collection of music on your Facebook profile has value.

While implicit shares from Spotify will stop popping up in your News Feed and News Ticker, the songs you listen to will still fill up the Music section on your profile. This also applies to other services that implement Collections inside Facebook profiles. So, developers might not want to ditch auto-posting just yet. "In general, we've found that people engage more with stories that are shared explicitly rather than implicitly, and often feel surprised or confused by stories that are shared implicitly or automatically," Facebook's Peter Yang said in a blog post.