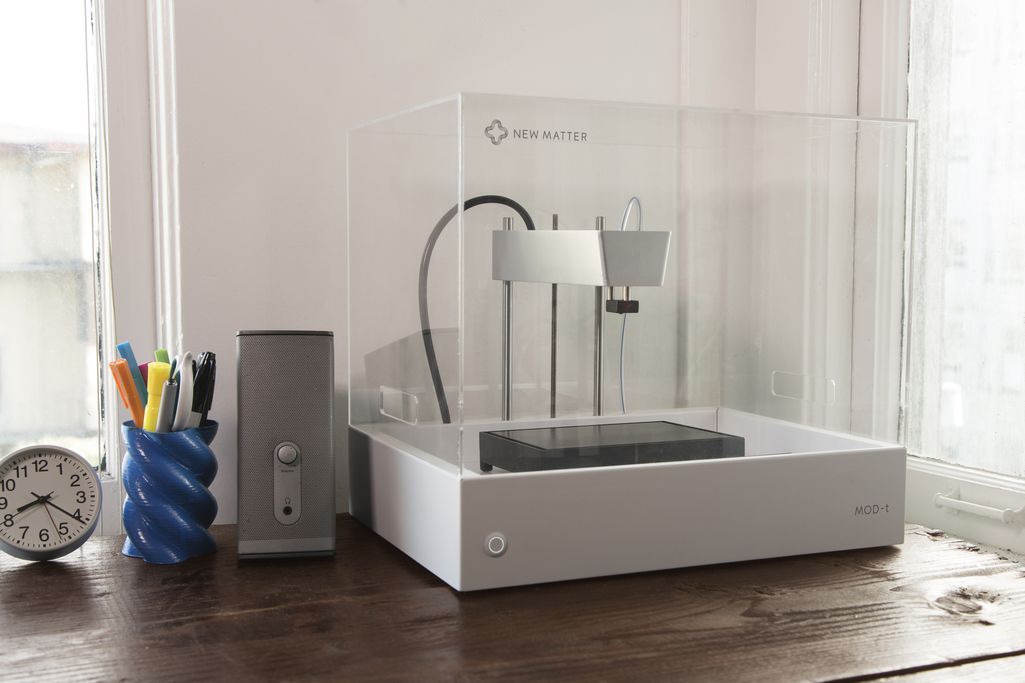 There’s a host of reasons why 3D printing hasn’t exactly broken through to the mainstream yet, despite a number of attempts from companies big and small. High cost and complexity have long been concerns, but perhaps more importantly, no company has yet made a strong case for why you should have a 3D printer in your home — it has remained a niche hobby that requires expensive and ugly hardware.

A startup called New Matter thinks its Mod T printer can bring 3D printing to the mainstream by removing what it sees as the biggest impediments to adoption. The Mod T is up for preorder via a just-launched Indiegogo campaign. It’s a low-cost printer that the company claims will have a large library of great objects to print — and its minimalist hardware design has resulted in a printer users won’t want to hide away in their closets when it’s not in use. That last area of focus was nurtured through a close partnership with the influential product-design firm Frog — a partnership that was instrumental in executing the vision that New Matter co-founder and CTO Steve Schell came up with late last year. 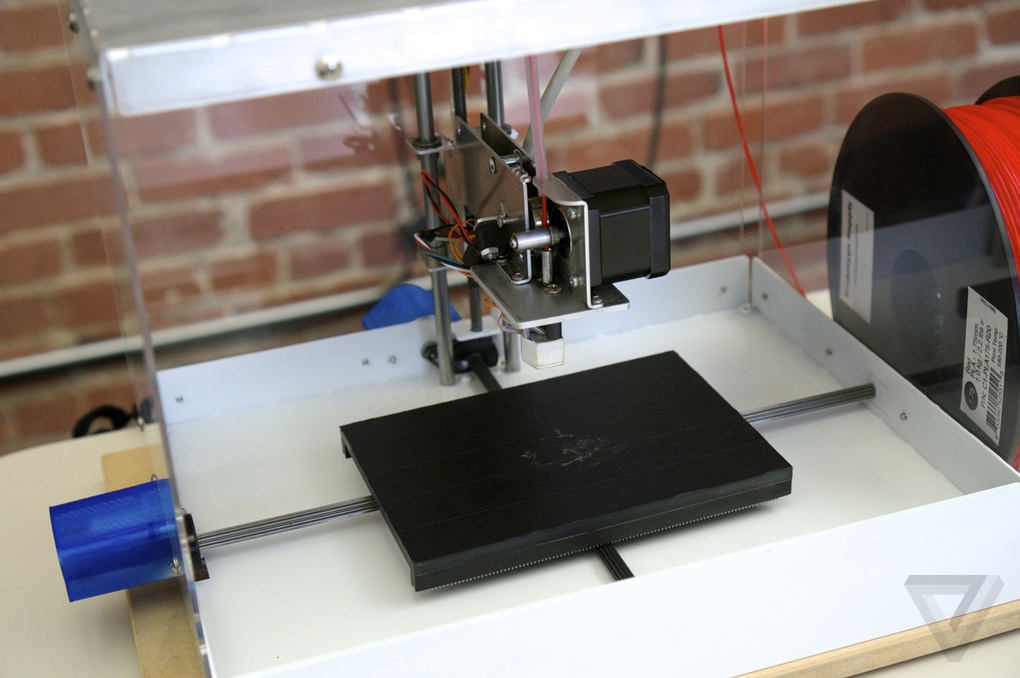 "This kind of technology has been in my head and fascinating me for a long time," says Schell, who previously founded a 3D-printing startup about 10 years ago. "What was compelling was that the technology's evolved so much over the last six to eight years that suddenly a consumer 3D printer was feasible."

"It needs to be a few hundred bucks."

To build something consumers would actually want in their homes, Schell brought his prototype to Frog in late March — what followed were weeks of intense back-and-forth to refine the design and put the specially-designed system Schell’s team built into a product that met his vision of a friendly, inviting system. "[Frog] definitely provided the visual design for the product," he notes. "We provided the mechanical design, basically making sure it all works."

The engineering behind the product is a particular point of pride for New Matter — the company developed custom-controller electronics and a two-axis motion system that moves the build plate as the design is being printed. The two-axis system users more efficient motors, helping to cut the costs on other parts of the Mod T, like its power supply, and custom controllers may be cheaper to manufacturer in the long run because they’re built specifically to meet the Mod T’s needs. These requirements may cost the company more money in the engineering phase, but Schell believes that they’ll be more efficient as the product is scaled to production.

That efficiency will let the company offer the Mod T for $249 on Indiegogo, significantly less than virtually every other 3D printer on the market, from the $1,375 MakerBot Replicator Mini to the $499, consumer-focused Solidoodle. And New Matter is also offering a limited number of units for $149 when the campaign kicks off — a price that pushes the Mod T almost into impulse-buy territory and bests the just-announced Micro printer by $50. It actually bests the Micro in a number of factors beyond the cheaper price. It has a significantly larger build envelope — large enough to let users print smartphone cases, something Schell says new owners often want to make first. There’s also on-board Wi-Fi, which will let users send designs straight to the printer from their computer or smartphone. 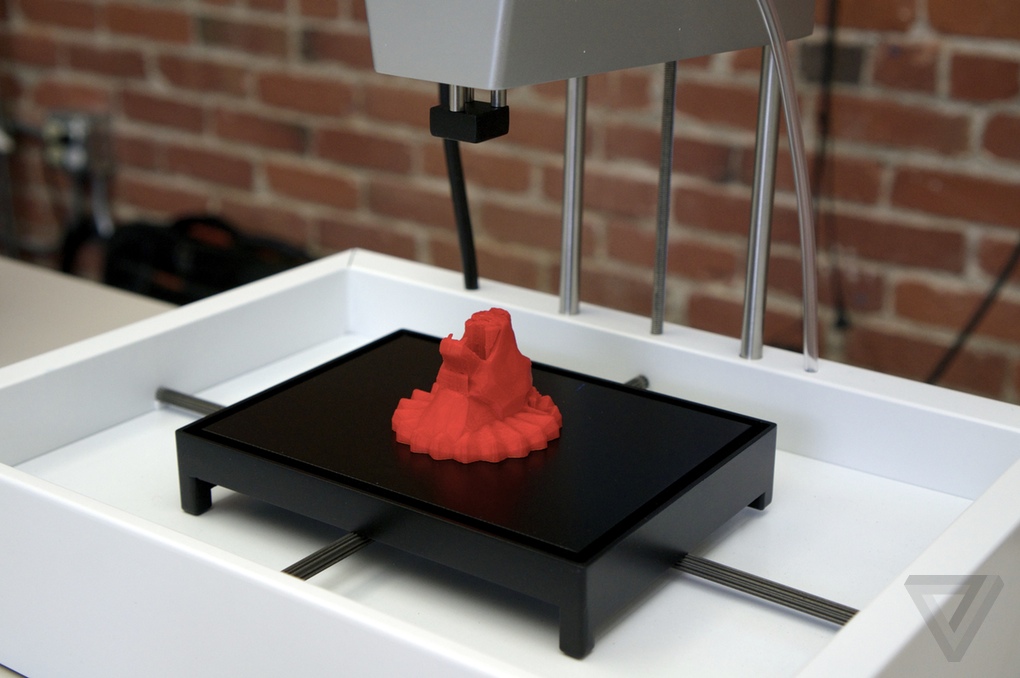 "The cost of the hardware needs to be accessible to people," says Schell. "It needs to be a few hundred bucks. Someone who's interested in 3D printing and peripherally aware of it needs to be able to take a chance on that first 3D printer that they're going to buy." From there, Frog helped refine the design in a number of ways. "Their input was, what color scheme do we want, what materials do we want, let's change the curvature on these pieces, let’s alter their aspect ratio a little bit to make it look a little more inviting, all that kind of stuff." 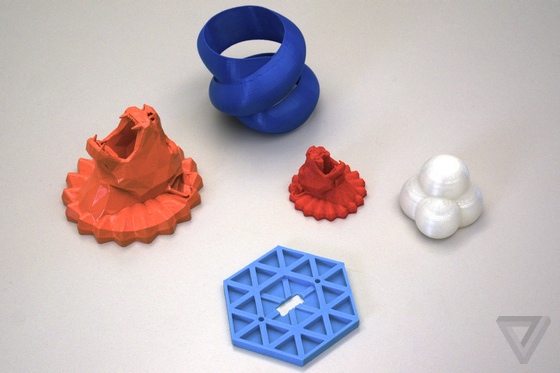 The last factor that New Matter hopes will set the Mod T apart is its design store: an App Store-style market that Frog helped design where users will be able to browse and purchase designs and send them directly to the 3D printer. New Matter believes that a well-designed store full of compelling objects will help convince consumers that a 3D printer is worth having in their homes and also make it a significantly more useful product.

"My belief is that when we have sufficient quality of designs in the store, where people say, ‘That is interesting, that's something I want to print out and give to a friend of mine as a little gift,’ or, 'I want to print it out to have it in my home because it's a compelling design' — that's where we become successful," Schell says. To that end, he’s recruiting designers to submit their work to the store between now and the Mod T’s delivery to backers in early 2015.

It’s a smart plan, but we’re a long ways off from knowing if Frog and New Matter have truly fixed the problem of getting good designs to users. MakerBot already operates its Thingiverse library, and Cubify also has a site full of downloadable designs. While the Micro doesn’t have Wi-Fi, Cubify’s printers do, giving them the similar ability to download and send a design to the printer from a smartphone.

What Schell hopes will set his store apart is an emphasis on curation and tested designs that’ll print reliably each time. "If you look at the majority of 3D printers on the market you really to know what you're doing to make it work," he says. "You need to understand temperature settings and feed rates and slicing parameters … all these things that most people... not only do they not know, but they don't want to know." 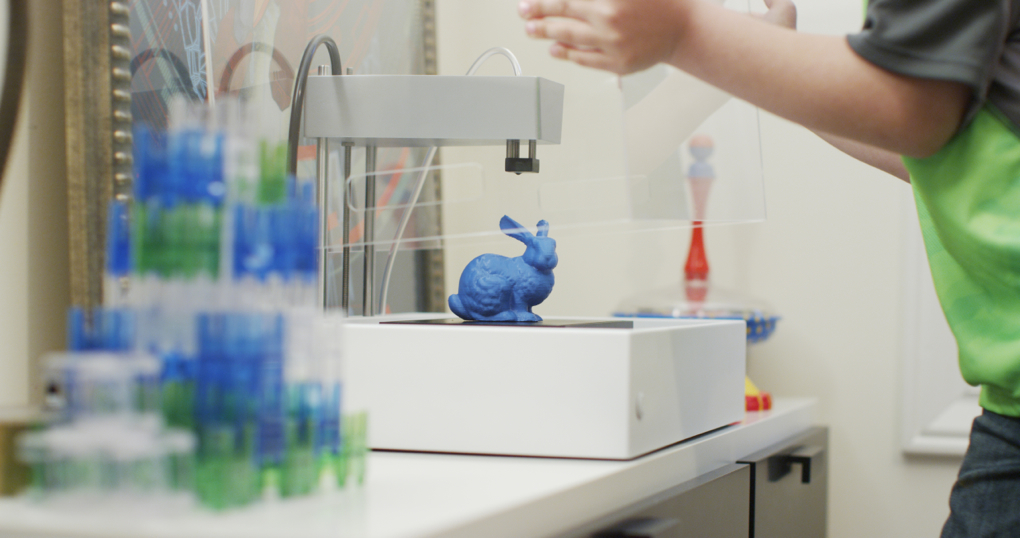 "That's why we're emphasizing so much, this online store," he goes on to note, "and initially it's going to be very heavily curated. I've been reaching out already to a number of designers who do really great work, and not only really great designs of 3D objects, but designs that are specifically intended to be made on a 3D printer." It’s questionable whether or not the design store on its own will be able to separate the Mod T from its competition, but Schell hopes the low cost and minimalist design can work alongside the store to offer a package unique to the marketplace.

At the very least, it’ll likely attract 3D-printing enthusiasts. The Micro blew past its Kickstarter goal of $50,000 with more than $3.4 million in funding; the cheaper and more versatile Mod T shouldn’t have a hard time reaching the same audience the Micro did. However, whether that’ll be enough to achieve mainstream success remains to be seen, and we won’t find out for a long time — the Mod T will begin shipping in early 2015.

Schell admits the challenge, saying that "the strategic challenge is, ‘How do we make 3D printing relevant for people?’ It's a great technology, but why should anybody care?" New Matter and Frog think their design store (and its ability to easily shoot designs to your printer or send them to friends) can combine with exceptional design and a low price to lure in new users. "If you and I both have Mod Ts and it’s your birthday, I [can] find a great print and send it to your printer," explains Schell. "It just prints out and surprises you. I think things like that will make this an interesting part of our lives." A one-click, App Store-style experience could be 3D Printing’s missing link — now New Matter and Frog just have to convince the rest of the world.