The biggest studios are thinking small

Ubisoft Montreal is a massive studio that's home to more than 2,000 game developers. It's known for sprawling blockbusters like the Assassin's Creed series and Far Cry — games that take hundreds of people years to build, and cost millions of dollars to produce. But this year the studio tried something different with the release of the role playing game Child of Light. Creative director Patrick Plourde, who previously worked on some of the studio's biggest releases, put together a relatively small team of around 40 people to build a game he was really excited about, and one that wasn't part of an existing franchise.

"I was given the opportunity to pitch a game concept, so I used it to scratch an item off my bucket list: to make a Japanese-style RPG," he explains. And this isn't an isolated incident: some large game developers are realizing that, sometimes, a tiny team is actually better for creating new and interesting ideas.

That concept is part of the reason indie games have seen such a dramatic rise in popularity over the past few years. With smaller teams and more creative freedom, indie developers are able to craft unique and interesting experiences that stand well outside of the typical AAA blockbuster — it's how we ended up with insane ideas like Octodad: Dadliest Catch or Super Time Force. The success of indie games helped turn mobile devices like the iPad into legitimate gaming platforms, and with the current generation of consoles both Sony and Microsoft have been aggressively courting small developers in hopes of capturing some of that magic. As games like Flappy Bird have shown, you don't need a huge team to build a cultural phenomenon. 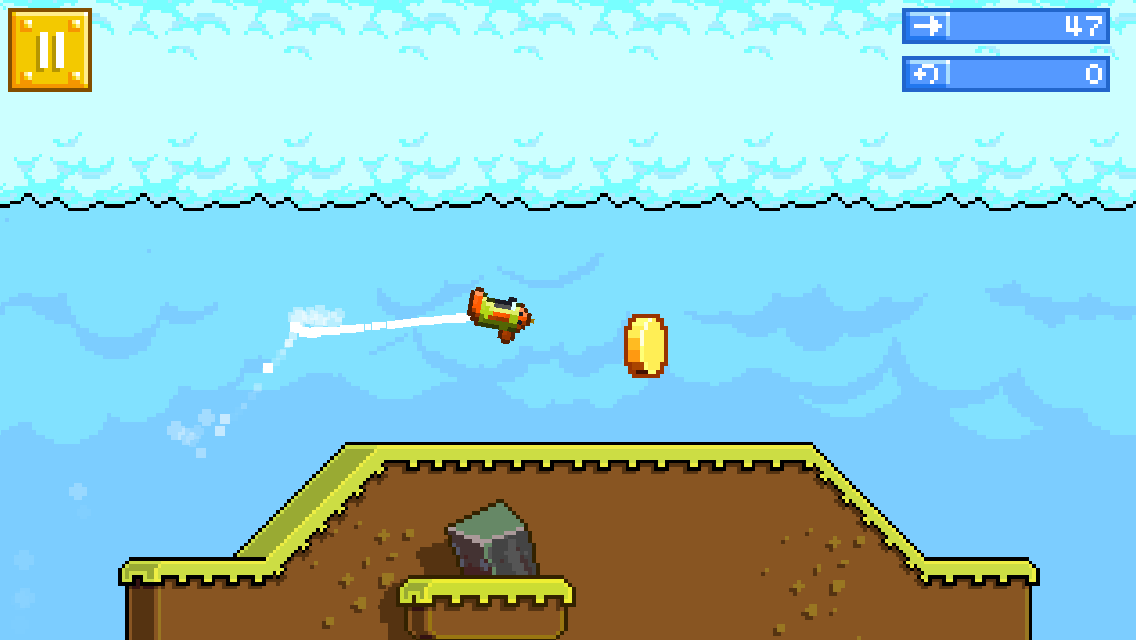 Large-scale blockbusters, meanwhile, are moving in the opposite direction, growing ever larger. Publisher Activision is reportedly spending $500 million to build and market Destiny, the next game from Halo creator Bungie. Meanwhile, this week's Watch Dogs was so huge Ubisoft's Montreal branch required help from four additional studios, located everywhere from France to Romania. Sometimes those expensive gambles pay off — games like Grand Theft Auto V can rake in upwards of $1 billion — but they can also be creatively draining. Projects like Child of Light are a way to get around this.

"There's a feeling that we can do anything here."

"I think it changes the perception of what Ubisoft Montreal can be," says Plourde. "That's important to keep the creativity flowing in the studio, that there's a feeling that we can do anything here." Prior to Child of Light, Ubisoft Montreal also used this technique to release the bizarre, 1980s-themed Far Cry spinoff Blood Dragon, and it's a strategy that other big companies are using as well.

In the world of mobile in particular, those small games can lead to big payoffs. Rovio has become one of the biggest names in gaming, but it's often derided for creating nothing but Angry Birds spinoffs. It's not due to a lack of ideas — currently the developer has around 40 prototypes in the works. These prototypes doesn't always make sense for a commercial release under the Rovio name, but the company is hoping to change that with a new label called LVL11. The idea is to take ideas that are too weird to make it into an Angry Birds game, and give them a chance to live. The label's first release is Retry, which is basically what would happen if you crossed Flappy Bird with a Super Nintendo platformer. It's available now in select territories like Canada and Finland, with a worldwide launch expected soon.

"For us Rovio LVL11 is a new outlet for the creative energy that's bubbling inside the company looking for ways out to the wider world," says Jami Laes, Rovio's EVP for games. LVL11 games will also come from a variety of places internally; in addition to existing prototypes, employees are also encouraged to pitch new ideas. But no matter where the concept comes from, the core idea remains the same: small teams that can work quickly with lots of freedom. "When you work in a tight group, you'll end up with more ownership, motivation, and faster decision-making," explains Laes, "and therefore drive for the team, which will give you better chances of creating a great game in the end." 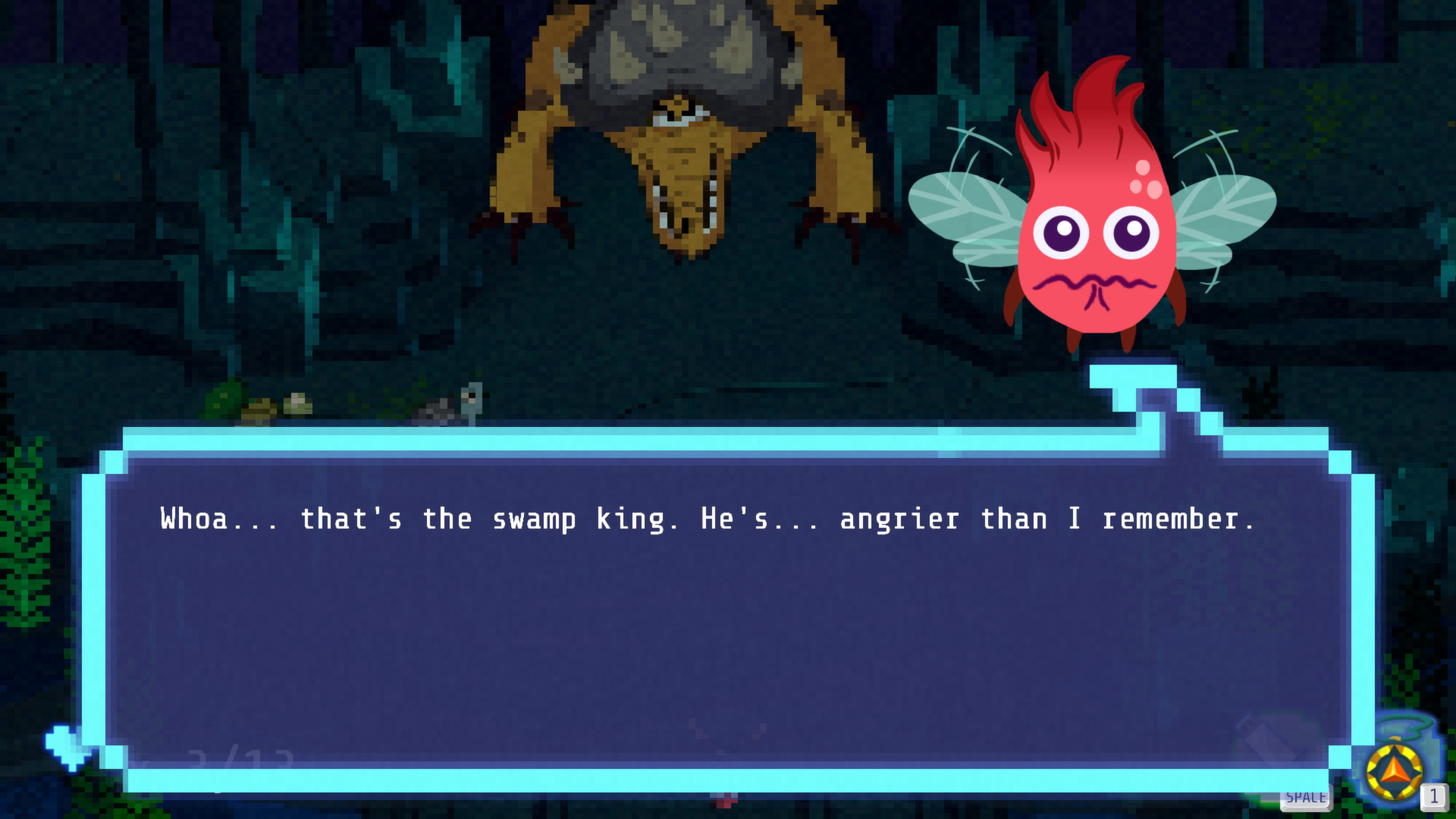 The creative benefits of small teams are so strong that even relatively tiny developers utilize the strategy. Indie studios like Capybara Games and Double Fine regularly hold internal game jams, where teams of just a handful of people create crazy prototypes, some of which are eventually fleshed out into full commercial products. Double Fine's 65 employees may be tiny in comparison to Ubisoft Montreal, but the studio regularly has five or six projects in the works at a time, each requiring its own team. The projects include everything from brand new ideas to ports of existing games, and once a year the studio holds its Amnesia Fortnight event, a two-week long game jam for developing new concepts.

"Everyone is encouraged to pitch their own ideas and contribute creatively."

"Hierarchy is pretty flat and process is fairly open," says Double Fine's VP of development Isa Stamos, "and at the studio level we are quite agile." The result is an incredibly diverse lineup of games. In addition to the second act of the Kickstarter-funded adventure Broken Age, Double Fine is also working sci-fi sim Space Base DF9, strategy game Massive Chalice, quirky coding RPG Hack 'n' Slash, and a sequel to the adorable Halloween game Costume Quest. "Everyone is encouraged to pitch their own ideas and contribute creatively a lot," says Stamos.

Blockbusters aren't going anywhere — at E3 next month we'll see new Call of Duty, Battlefield, and Metal Gear Solid games, just to name a few. But bigger studios are starting to realize that there's a place for experiences outside of that paradigm — and working on blockbusters might actually help make those experiences better. "The experience acquired on AAA projects was useful to set the scope of the game," says Plourde. "Big or small, the pitch needs to be at the same level of quality."