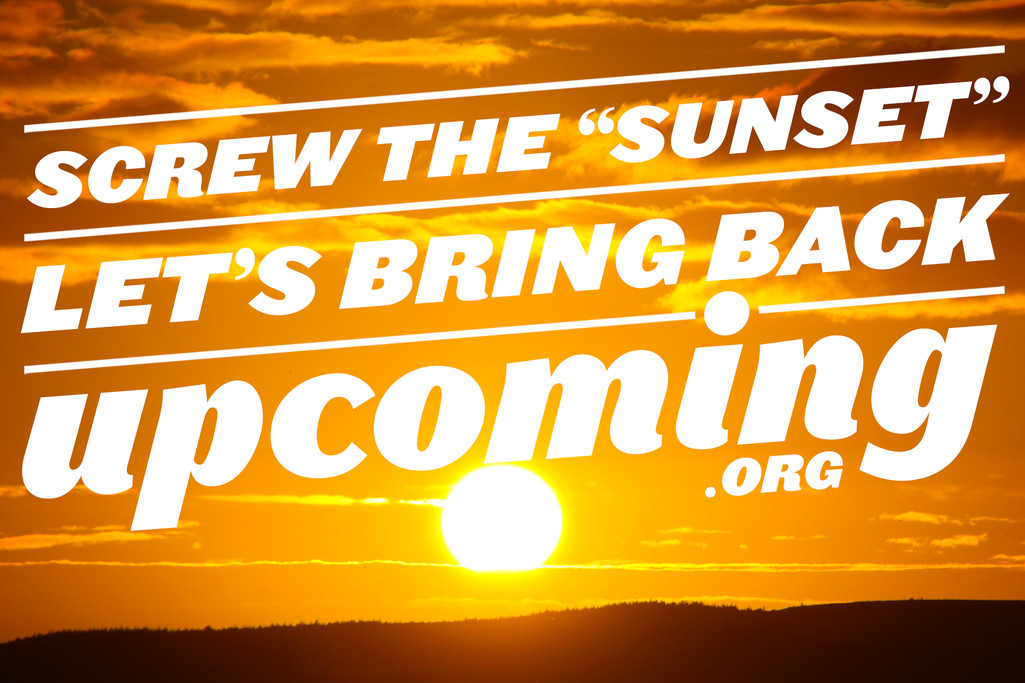 In the early part of the last decade, a young developer named Andy Baio organized a series of dinners with his fellow geeks whenever they were in Los Angeles. Baio later became known for his link blog, Waxy; for his conference, XOXO; for popularizing the art form that would later become known as the supercut; for producing an 8-bit tribute to Miles Davis, Kind of Bloop, and for becoming an early adviser and chief technical officer for Kickstarter. But at the turn of the century he was working for a financial services company in Southern California, and on Thursday nights he and his friends would gather at Japanese restaurants along Sawtelle Boulevard for ramen and bubble tea to discuss their projects.

Among the guests sitting around the table were Matt Haughey, the creator of Metafilter; Jason Kottke, whose eponymous blog defined and brought prestige to the form; and Andre Torrez, who would go on to build the image-sharing platform MLKSHK. Baio, who had met his friends on the internet, wondered if he could find a way to help bring online communities together in the real world. That led him to the creation, in 2003, of Upcoming.org, a social calendar that anticipated many of the features of a movement then coming to be known as Web 2.0.


Upcoming had a follow / following model, later made famous by Twitter. It let users vote up the best events in a fashion later popularized by Digg and Reddit. And while its community was small by today's standards, Upcoming was among the first online social networks to serve a purpose beyond helping people meet people. The promise it showed in connecting people to local events led Yahoo to acquire Upcoming in 2005 for an undisclosed sum. But Yahoo fumbled the acquisition, and the service was later abandoned. In the intervening years, no other service has realized Baio's vision of a smart calendar, curated by people, that reliably informs you of fun, cool, weird things to do.

But in a twist few could have foreseen, Upcoming is coming back. Thanks to some help from Yahoo, more than 1,500 passionate supporters, and Baio's own drive to put a social calendar back on the web, the service is once again under development. A successful Kickstarter project, which wraps up Friday, has given Baio the funds and the confidence needed to rebuild Upcoming from scratch. But when it opens to the public next spring, can Baio's social calendar break out of its niche?

Baio's original idea had been to help online communities meet up offline. He imagined a tool to create meetups for Metafilter, Fark, and other forums. Then Meetup came along, and was sufficiently similar to his vision to drive him to create something more interesting.

Baio had noticed that to most people, an events calendar consists primarily of noise. Museums choke the listings with every tour they schedule. Senior centers promote every activity to be found within their walls. Whether in print or online, calendars offer precious few tools to winnow down the events into something you might want to go to. "Ninety-nine-point-nine percent of the events going on today, nobody gives a shit about," says Baio, 37, who is now based in Portland.

"Ninety-nine-point-nine percent of the events going on today, nobody gives a shit about."

He built a working beta of Upcoming in about three months; it launched to the public a month later, in September 2003. The site's fundamental insight was that people make better filters for events than the institutions that are hosting them. After creating an account, Upcoming let you post events you planned to attend. Other people could follow you and see your events, either on the site or via RSS feeds. Because the service was discovered first by geeks, it turned out to be an excellent way to find out about geeky events. 8-bit art festivals, flash mobs, offbeat developer conferences — Upcoming excelled at delivering them to the audiences that cared about them. And because it was built for people instead of the venues, the site attracted an authentic and enthusiastic community.

From the start, Upcoming was heralded as the arrival of a new era of internet life. Metafilter's Matt Haughey, in a blog post, said he was "amazed by the possibilities." "Upcoming ties together a few of the strings that the past couple years of software tinkering has made for us," he wrote. "Just like how Movable Type built upon the first generation work of earlier blogging engines, I think Upcoming is the first of a new breed of social software apps that fills a need, and samples the best ideas from a previous generation of applications."

Tim O'Reilly, the publisher and web intellectual, classified Upcoming among other new services launching around the time that were markedly more social in nature than their predecessors. It was a list that also included Metafilter, Flickr, Delicious, Last.fm, Blogger, and Dodgeball. This is how the internet was "social" in the era before Facebook, and O'Reilly dubbed it "Web 2.0." "

Web 2.0 ended a few years later in a spate of mostly ill-fated acquisitions. (Of the above list, only Metafilter stayed independent, and lately has struggled.) Google snapped up Blogger and Dodgeball; CBS bought Last.fm. Yahoo acquired Flickr, Delicious, and then, in 2005, Upcoming. By that point Baio had brought on two co-founders; the site had never been more than a side project for him. They sold to Yahoo because it would let them work on the project full time, and gave them a chance to make Upcoming the preeminent name in social events.

Like many people who sold their companies to Yahoo in those days, they were disappointed.

Upcoming fell apart gradually, and then all of a sudden. From the start, there was a culture clash between Upcoming's community-minded geeks and Yahoo's mass-market audience. Quality studies showed that Yahoo users generally didn't care about the cultural oddities that Upcoming was inserting into their Yahoo search results. As Baio puts it: "Grandma doesn’t care about DrupalCon."

Yahoo's "fix" for this problem was to buy commercial event feeds and add them to Upcoming. Until now, Upcoming had been the domain of its users — everything you would see there represented something that someone you followed cared about. Under Yahoo, that philosophy changed. But the move, intended to give Yahoo's calendar mass appeal, instead led traffic to "fall off a cliff," Baio says. He quit Yahoo in 2007, just as Facebook began its rise and made much of Web 2.0 a distant memory.

The site languished until 2010, when a leaked slide revealed that Yahoo planned to end Upcoming's days as a standalone product. It was officially "retired" in 2013. Baio tried to get the name back from Yahoo, making personal entreaties to CEO Marissa Mayer, to no avail. But one day earlier this year, a company representative contacted him offering to sell him the name at a nominal fee. For a tech giant to sell back a domain to a founder after acquiring it is unusual bordering on unheard of. "I don’t know that there’s really any example of that happening," Baio says. He leapt at the chance.

And now, as a result, Baio plans to do something equally unusual — bring Upcoming back from the dead. On May 7th, Baio launched a Kickstarter seeking $30,000 to fund the development of a new social calendar that would serve the same essential purpose. He met his goal in less than 24 hours, and has so far generated more than $100,000. He hopes to launch the site in beta by March of next year. 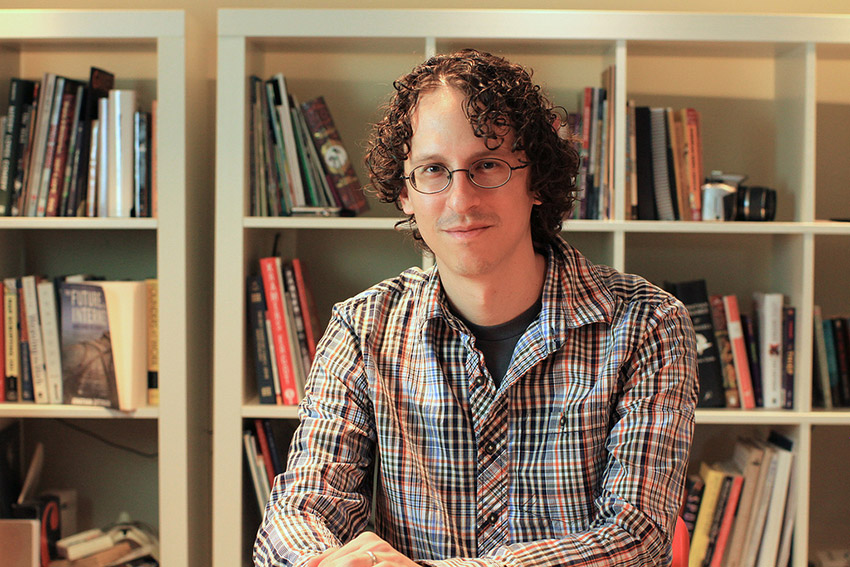 Still, there's a question how much demand there is for a social calendar. Facebook's events, while lacking Upcoming's quirky sensibility, are ubiquitous and functional. And while many other companies have tried events, there have been some notable failures. Mark Hendrickson, founder and CEO of the shuttered startup Plancast, ran down the reasons for its failure in 2012. Among them: most people don't make plans very far in advance; they don't share their plans very often; they don't proactively seek out things to do; and there are few incentives to share one's plans with the world.

The look and feel of the new Upcoming is still largely undetermined. Baio plans to do most of the work himself, and has warned his backers that it will not looked like the product of a venture-backed startup with dozens of employees. He says you will be able to log in through Twitter to find friends through the site; that the Foursquare API will provide its database of venues, and that OpenStreetMap will provide its maps. For a while, the site will have no ads. Upcoming will generate revenue by inviting people and companies to "adopt" cities for a certain period of time.

Baio harbors no dreams of making billions off the new thing. He has promised not to sell it again, and says it may be that his vision of a social calendar has a more limited appeal than it seemed in 2003. "My feeling has been that it’s not a great growth company," he says. "It’s really hard to pull off for a startup that’s looking for big growth or big revenue."

But Baio’s ambitions for the site remain grand — they're just no longer at Yahoo scale. "I think there is huge potential for doing a longer-term, slower growth, independent — let’s say 'lifestyle business.' As much as I hate that term! And as derogatory as it is. I would like to take that term back," he says.

"To be able to make something that was around for decades, that just served its purpose, that a community loved, that helped pay my bills ..." Baio's eyes grow wide. "What a great thing."