Elon Musk thinks the vessel will be ready by 2016

Share All sharing options for: SpaceX's first manned spacecraft can carry seven passengers to the ISS and back

Elon Musk's SpaceX has revealed its first manned spacecraft at a live launch event in California. The Dragon V2 is capable of carrying seven astronauts for several days to and from the International Space Station, docking automatically with the station, and landing gently "almost anywhere on Earth" using its propulsion system. 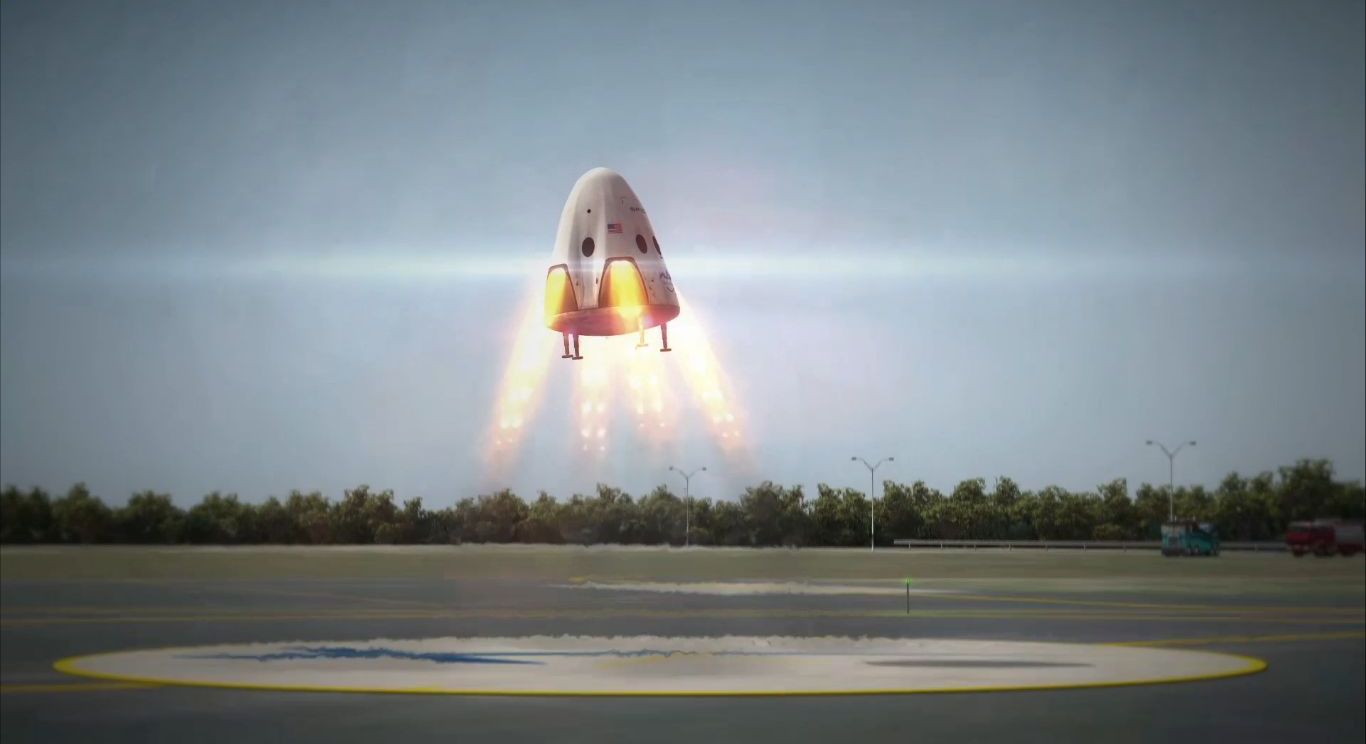 Musk described the version 2 as a "big leap forward in technology" from the first Dragon. He also emphasized the reusability of the craft, saying the Dragon V2 could "land anywhere on Earth with accuracy of helicopter," as "a modern spaceship should land." The SpaceX head demonstrated the craft's new capabilities in an animated video, showing a mock-up of the Dragon's docking process and subsequent descent back to Earth, before climbing inside the capsule. 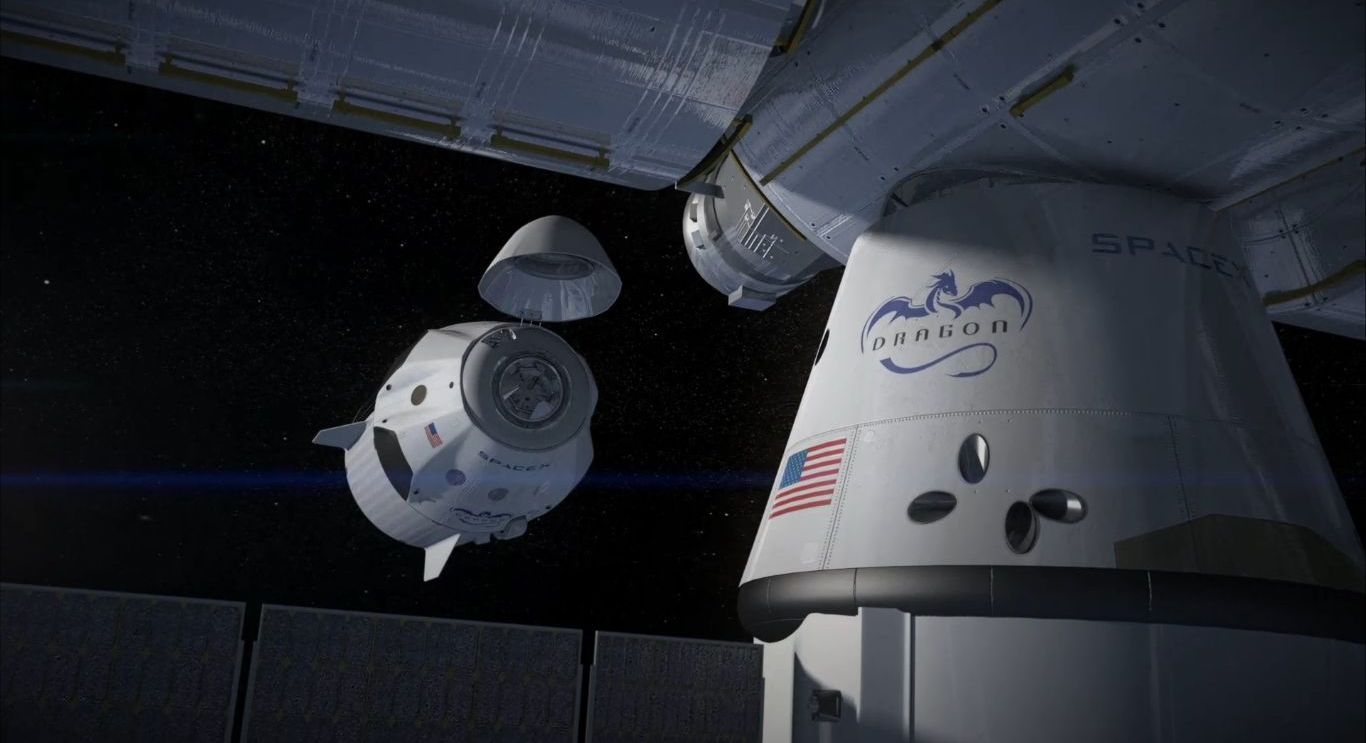 Musk said SpaceX designed the vehicle's surprisingly uncluttered interior to be "very simple and very clean." The craft's controls are mounted on a bank of screens that swing down over a set of black and beige bucket chairs. Critical controls, such as those needed in an emergency, have dedicated manual buttons in the center of the command console. Musk also pointed out the Dragon V2's "SuperDraco" thrusters, powerful engines that he said would be the first "fully printed" engines to be used for spacecraft. 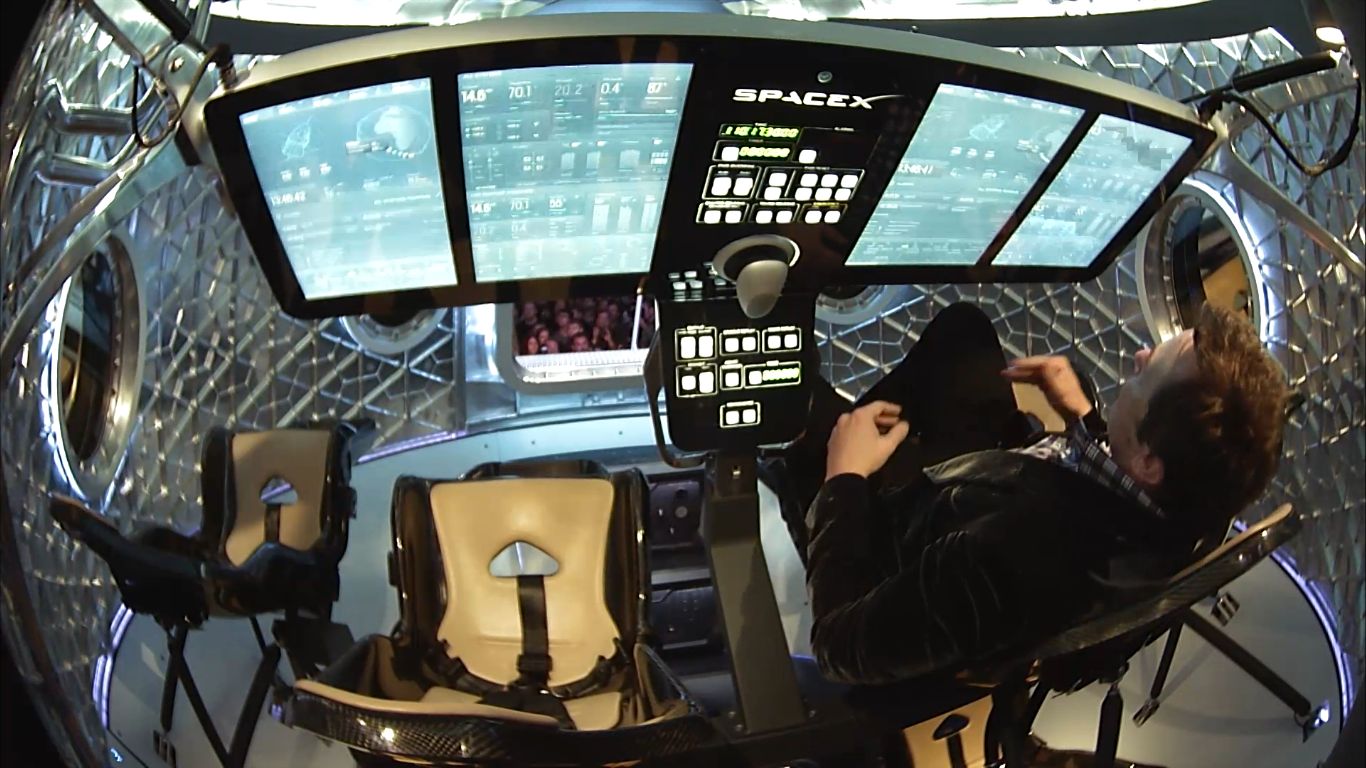 Speaking at a question and answer session at the Dragon V2's launch event, Musk said he thinks that the vessel will be ready for manned flight in 2016. That's a whole year ahead of NASA's schedule — the space agency hoped to launch in 2017 or 2018 — but Musk said the first flights of the new craft will be unmanned. Those first test flights will simulate the presence of humans to ensure all systems are functional.

The Dragon V2 was designed as part of NASA's Commercial Crew Development program, which stipulates that competing firms develop craft capable of delivering four crew members into space, before returning them safely. Three other firms, Boeing, Blue Origin, and Sierra Nevada, also received funding from NASA to create their own vehicles.

The US currently pays Russia $60 million per person to ship humans to the ISS, but increased tensions between the two countries over Russia's actions in Ukraine have led to questions about the future of their joint space projects. In April, NASA ended its communications with Russian government officials and scientists. In apparent retaliation, the Russian deputy prime minister said his country would block a US request to use the ISS after 2020. Referring to the apparent breakdown in relations, Musk said in April that now would be "a good time" for SpaceX to unveil its new vehicle.