To make a car, Audi had to blow one up

The exploded car of Ingolstadt

Share All sharing options for: To make a car, Audi had to blow one up

About an hour from Munich, Audi basically runs a city. Its headquarters are situated in Ingolstadt, a city of around 125,000 people. Audi employs over 35,000 here, an enormous complex housing corporate offices, research and development centers, production lines, and a large museum and visitors' center. Today I'm standing in one of the many innocuous buildings, in front of the company's new TT coupe — or at least a grotesquely splayed version of it. Before releasing any car, Audi's engineers set up giant test rigs containing every single electronic component. The rig is enormous — three walls of speakers, displays, headlamps, controls, electric window motors, controls, and switches. The mess of components that surrounds me constitues literally *everything* electronic in the car.

These parts are all in working condition, meaning if, for example, you activate the door window control, you'll send a dismembered motor into action. It's a great way to impress a visiting journalist, but these rigs serve a far more important purpose. Engineers test every combination of actions to weed out gremlins in the system in a safe environment. They can also stress test components, transporting the rigs into room-sized equivalents of an oven or a freezer to ensure nothing will go wrong in extreme climates. 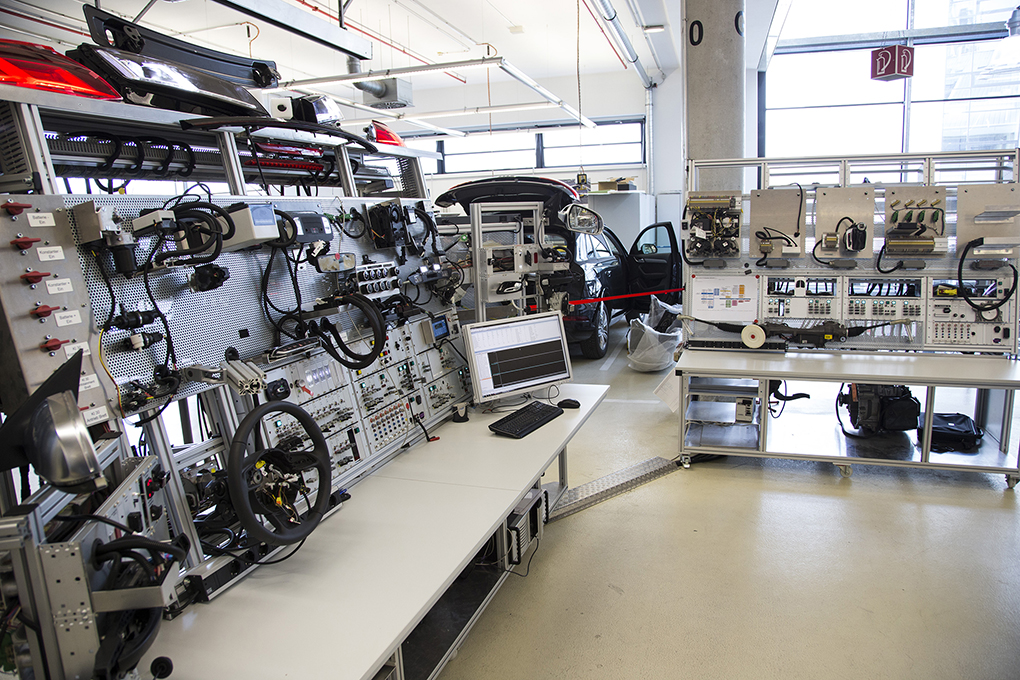 It's unlikely that Audi's setup is unique — almost every car manufacturer is cramming its vehicles with complex electronics, and all need a way to test components before they release a vehicle. Nonetheless, with the new TT, this testing is paramount. That's because the company has essentially combined what would usually be displayed on a multitude of dials and displays into a digital dashboard situated behind the steering wheel.

More than ever before, the company is betting that its electrics are bulletproof. 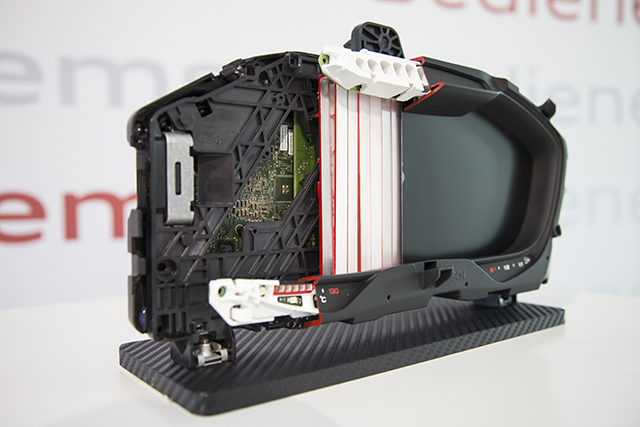 Audi refers to the digital dashboard as a "Virtual Cockpit," and when you're sitting in the driving seat of the new TT, that's exactly what it feels like. There are two views available. The first shows a large pair of dials — a tachometer and a speedometer — and places a 5-inch "display" in-between them. The second mode shrinks down the dials and moves them to the extreme edges of the screen, while the central "display" expands to fill a space similar to the iPad mini or Nexus 7. In both cases, the central area lets you control music and car settings, or display navigation.

Working out how to get content on this screen wasn't simple. No matter how much time you spend perfecting your software, completely eradicating bugs and slowdown is a tall order. With this in mind, Audi utilizes two discrete Tegra processors, one to handle entertainment and navigation, and another to display the vital dials and control the car's electronics. These then work in tandem to power the single screen, ensuring that if, for example, a bug causes a problem in media playback, you'll still be able to keep track of how fast you're driving. Obviously Audi will be hoping that its system is entirely bug-free when the car launches later this year — it says everything will run at a steady 60 fps — but it's a good thing the company is siloing vital functions away from infotainment.

Epic will keep giving away free games in 2022