The iconic artist has been crafting his unique brand of science fiction imagery for decades, and it's all based on physical sensations he's experienced, whether through lucid dreaming or meditation. It's the feeling of weightlessness, of floating, in particular that gives way to his art, which has been collected into a new volume dubbed Beyond the Horizon. "The images arise with the sensation, which, I have to say, quickly translates into simple joy," he explains.

Born in London in 1948, Harris is less well known than contemporaries like Chris Foss or Roger Dean, but has carved out a space for himself with his surreal, vivid paintings of sci-fi scenes. His work regularly depicts strange floating structures and colliding celestial bodies. His early passion for the genre eventually led to a job painting covers for author Philip Dunn's trilogy Cities in Flight, and in 1985 he was commissioned by NASA to illustrate a rocket launch. His work has since been used by a who's who of sci-fi legends, from Isaac Asimov to Jack Vance. Over the years he's maintained a consistent yet unique style — once you're familiar with it, it's easy to recognize Harris' work. But he doesn't really see it that way.

"It always puzzles me when this issue of style comes up, because I don't consciously have a style," he explains. "This is not being disingenuous. I simply try to paint what is in my mind's eye. If people recognize my style, maybe what they are seeing is simply a feeling or vision that is personal to me. Maybe that is why it appears to withstand fashion — because it isn't a fashion."

"After all this time, I still feel it."

Of course, he's also a product of his time, a generation where rock 'n' roll and drug culture influenced many artistic pursuits. It was a time when spending half of a decade seeking spiritual awareness wasn't so crazy. This, combined with his love of sci-fi, was profoundly influential. "I think most of my generation felt it," he says. "It was the zeitgeist and art colleges brewed it, particularly in the UK. For many, Kubrick's 2001: A Space Odyssey epitomized that mood and the enigmatic yet upbeat ending said it all.

"There's a future out there, unknowable, but thrilling. After all this time, I still feel it."

Harris' love of modern sci-fi has waned a bit — "to be honest I rarely read it any more," he explains — but his passion for the genre as a whole remains intact. To this day he's still painting crazy planets and spaceships that he dreamed up while meditating. Among other active projects, his ongoing series "The Secret History of the Earth" is a sort of visual poem, using satellite imagery as an inspiration for beautiful images of the gritty details of our planet. Never has a dusty desert surface been filled with so much wonder. "I can't imagine where it will lead or what it will be like," he says of the series.

His new book provides a fantastic primer for that long and varied career, along with some great insight into his process. For Harris himself, it was also an excellent way to put his decades of work into perspective. "I can see where I am. Part of a continuation of English romanticism, thrown into the future. I'm happy with that." 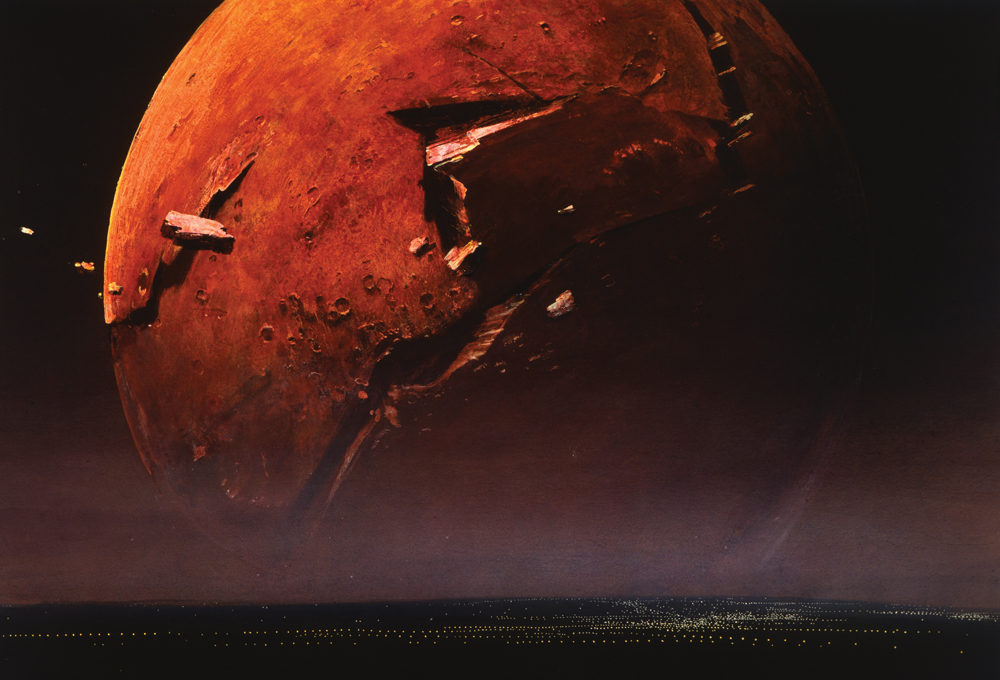 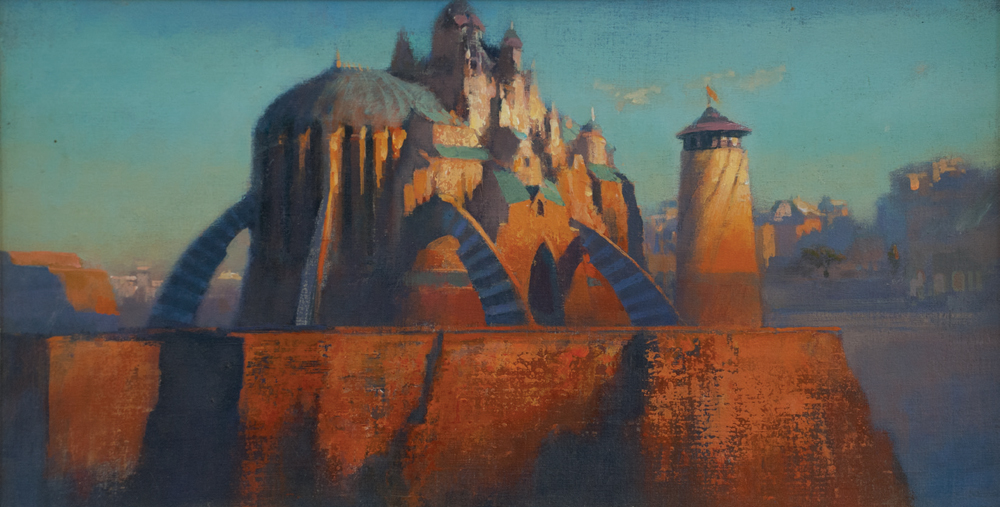