Twitter quietly changes its font from Helvetica Neue to Gotham

Twitter quietly changes its font from Helvetica Neue to Gotham

Weeks after rolling out its new profile design to all its users, Twitter's made another big change to how its site looks. Today the company said it's dropped Helvetica Neue for Gotham, a font that was used heavily in Barack Obama's first presidential run, as well as by GQ magazine, which ordered the font from designer Tobias Frere-Jones. So far, the change can be found on individual profile pages, though has not extended to the home feed, notifications, or discovery pages.

Starting today, we're rolling out a new font on http://t.co/zDdcbPwclU, moving from Helvetica Neue to Gotham.

"We primarily use the Gotham font family: elegant and direct, stylish but not exclusive," Twitter explained. "Putting well-designed words in our product enhances the user experience." Not everyone seems to agree with that, however.

@Support A visually impaired person on my timeline is having problems reading it, is there anyway of making the font bolder in settings?

@Support My eyes are really confused by clashing fonts 8(

Twitter's been known to roll back a bad decision if enough users complain, though font choice may not the highest priority. The decision also does not affect Twitter's mobile app, or third-party client apps that typically offer the option to change what fonts are used. Here's how the old and the new stack up: 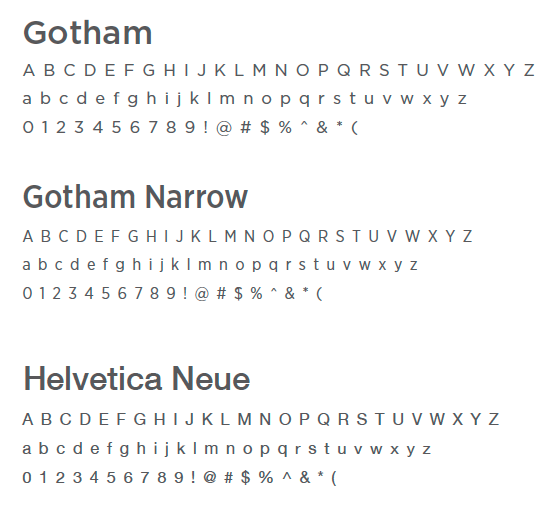