On a warm night in New York last week, advertisers and content producers huddled together into a huge white tent beside the Metropolitan Opera House to watch Yahoo unveil its first TV-length original web series. Purple lights and plastic champagne flutes were everywhere, and everyone in attendance seemed to know that Yahoo's event on Monday, along with about a dozen others that would occur that week, was part of the start of something huge. Yahoo was there to cap off the first night of the annual NewFronts, a series of casually linked events where new media companies attempt to woo advertisers and producers with their platforms and shows — and critically, do so just weeks before traditional TV networks host similar events of their own.

The networks have been hosting these events, called upfronts, for decades, and the NewFronts emerged as a direct response to them as TV began heading to the web. Upfront presentations are a little bit like circuses, except their ringmaster is a CEO and famous actors parade around in place of lions. This is basically the form that NewFronts have taken too, and Hulu even went so far as to buck trend and call its event an Upfront lest anyone worry that digital isn't yet good enough.

That shouldn't have been an issue this year with how much content online video companies had to showcase. Over the course of the week, Yahoo revealed its first two TV-length comedy series, Microsoft detailed the launch of its first original programming, AOL announced sixteen new shows, Crackle renewed Jerry Seinfeld's Comedians in Cars Getting Coffee for four more seasons, Hulu renewed a slate of its own originals, and even The New York Times had web shows to debut. 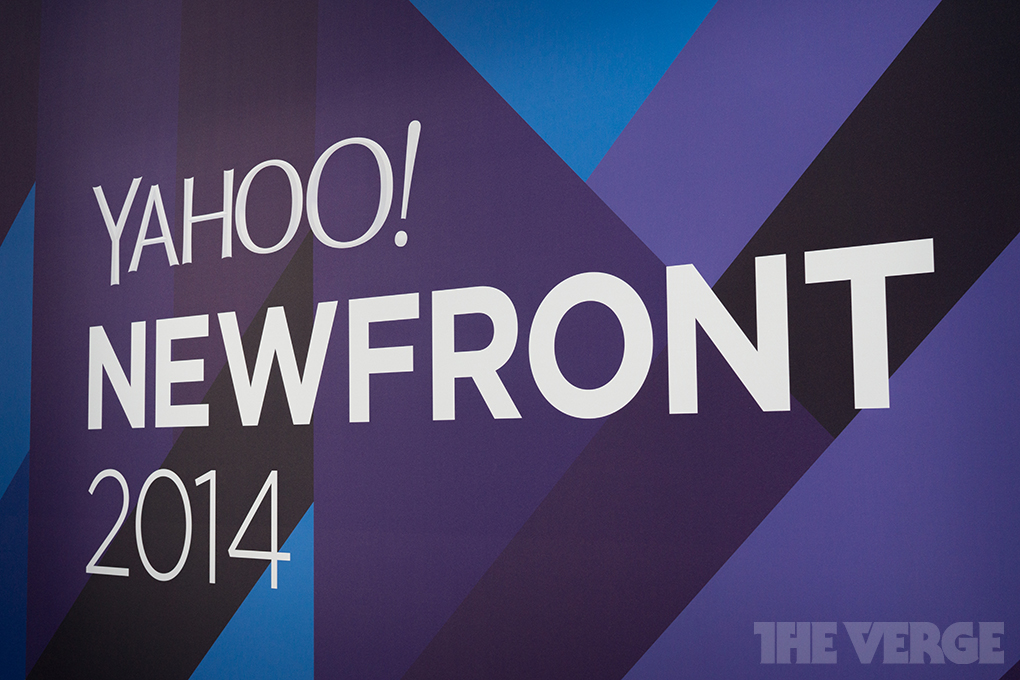 This all had NewFront attendees buzzing. TV shows — now routinely even good ones — have been debuting on the web, and advertisers and producers all want to understand how they can be a part of it before they miss the boat. "Two years ago, these were 1/10th the size," one attendee of Yahoo's event said. But while everyone was excited, it was sort of a tempered buzz. "The size is there," he said, "the content isn't."

How good the content is depends on who you ask. Most companies didn't show off much more than a sizzle reel of their shows' edgiest jokes, best dance numbers, and hottest kisses, all of which lent heavily to making these series look seriously over the top. Admittedly, dance numbers look pretty thrilling in bite-sized chunks, but after hearing a barrage of broad jokes for the umpteenth time you're reminded that this new business model is still truly in its infancy.

"However much change there is, everything stays the same."Advertisers don't always mind these less exciting series, so long as the demographics and numbers all add up. Many say they're just happy to see that companies like AOL and Yahoo are willing to put big money on shows and attract big talent. But the general consensus is that there's still a bundle of potential for connected platforms that few are trying to tap into yet.

After all, the events are ostensibly called NewFronts because what they're doing is supposed to be "new" and interesting. Most at the shows say that they're there to look for something innovative, but few see it yet or know what it really looks like. Certainly, AOL and Hulu aren't delivering anything fresh.

"However much change there is, everything stays the same. Even on digital, they're trying TV length shows; AOL spent half of its presentation talking about Nielsen," Doug Bandes, VP of programming at Above Average Productions, says in a glowing green room before the start of Hulu's event on Tuesday. "It's interesting that as much as we want to tout our innovation … It's just TV programming on a different platform."

And right now, that programming more than often isn't particularly thrilling. Storms had covered New York by the time that AOL held its event on the second night of the NewFronts, and watching presentations of its upcoming shows inside of a tightly packed warehouse in Brooklyn could leave you feeling more like you were locked inside by the heavy winds and rain than enjoying a privileged peek at the future of innovative online video. 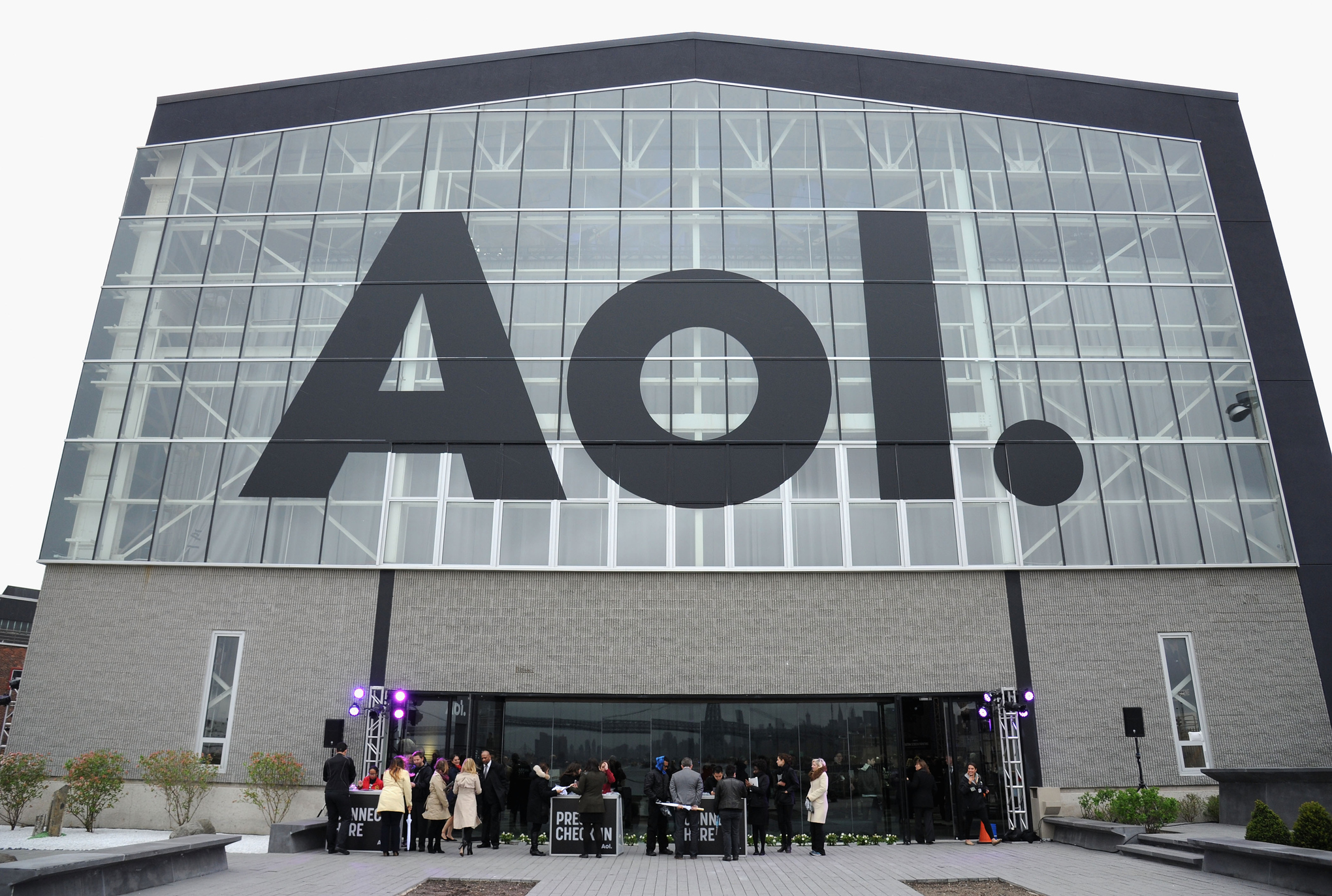 AOL's NewFront event was held in the Duggal Greenhouse at the edge of the Brooklyn Navy Yard.

AOL's lineup largely consists of short-form shows that tick off demographic checkboxes — they're even named so obviously that you wouldn't have to know a thing about them to know who they're meant to appeal to: Fatherhood, Downloaded, Laugh Lessons, Inspired, My Hero. The shows don't necessarily look bad, they just look disappointingly average. Which might be worse.

Video catalogs like these are all about grabbing ad dollars in ways that companies have been doing for years and years and years on TV. On occasion, a breakthrough series comes along — House of Cards, for instance — but for the most part, TV on the web is as good as TV on TV. Most shows just aren't HBO quality: they're cookie-cutter sitcoms or chintzy reality series or hour-long dramas still poorly trying to recreate the success of Lost with some big overarching mystery.

"Forget TV. It's a device. It's hardware."That creates plenty of new outlets for content and ads, but it isn't really what many attendees want the NewFronts to be about. Instead, it's the programming and services that looked less traditional that appeared far more intriguing. "Forget TV. It's a device, it's hardware," says Michael Clark, one of the principals at web marketing firm Beeby Clark + Meyler. What's important, he says, is, "What are [these companies] doing to draw viewers in?"

Microsoft may be one of the newest to the field, but it's one of the few prepared to try something new. There are interactive elements to all of its originals, with some like the short film Possibilia, featuring Girls star Alex Karpovsky, even letting viewers change the tone and setting of the events as they play out. Polygon saw it screen at the Tribeca Film Festival last month and reports that it depicts a couple breaking up, with the pair speaking back the same dialog at the same pace throughout every possible outcome. Viewers are able then to determine whether the couple is, for instance, saying those lines while sitting on a couch or hurling vases in anger.

There's also an interactive documentary titled The Gleam that's headed to Xbox from the same directors. It explores the town of Guntersville, Alabama, and Polygon explains that it allows viewers to choose which vignettes of the town they want to watch. In the end, the documentary's conclusion will change based on what a viewer has and hasn't seen. There's no guarantee that this type of interactivity will make for a great movie viewing experience, but it's novelty like this — hopefully with some substance to back it up — that could let platforms like the Xbox immediately stand out. "That's the next step," says Steven Alegrias, digital director at media marketing firm UM, "where TV can't go yet." 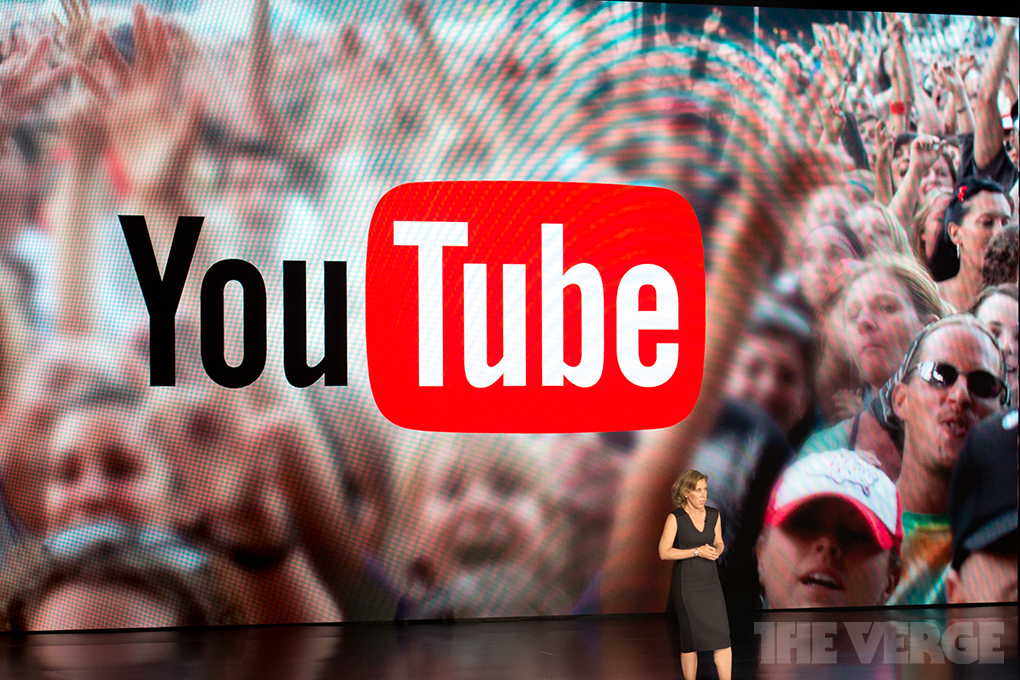 Susan Wojcicki opened YouTube's event with an explanation of why she recently decided to come on as CEO.

YouTube's eclectic mixture of amateur personalities also seemed to spur more excitement than AOL's carefully curated mix of professional ones (which included Steve Buscemi, Zoe Saldana, and James Franco). Big celebrities attract plenty of attention, but YouTube contends that they just can't connect with viewers the same way that its stars like fashion-sensation Bethany Mota can, growing up alongside her viewers and effectively creating a conversation with them through her videos.

It's hard to say how any producer could regularly recreate this type of stardom, but with the right platform, it might be able to curate it. "It dawned on me," Alegrias says while in the crowded lobby outside of YouTube's event on Wednesday, "while everyone's getting content producers, YouTube is sitting on thousands."

Online TV shows have the chance to outsmart traditional TV shows, but few are taking it

For Jon Yokogawa, VP of consumer engagement at communications agency interTrend, the potential for new programming goes straight back to the early days of the internet. "The internet is built on anarchy. What happened?" he says. He's been giving me an impassioned critique of current web video all while AOL CEO Tim Armstrong gears the crowd up for previews of its new show. He's already over them before the presentation has even really begun. Yokogawa wants to see a future where online networks facilitate conversations and shows react to viewers' preferences.

For now though, AOL and most of the other big content makers are playing it far too safe. There's money to be made on traditional shows, and they've suddenly realized that they can tap into it. At the very least, that fulfills the base promise of the NewFronts — that TV can move onto the web — but whether it can become more than that and use the web to create a new type of show, that the NewFronts have only shown the faintest signs of. "[The internet] was a bunch of nerds saying, 'I want to talk about this.'" Yokogawa says, exasperated. He gestures to Armstrong up on stage, "Now we have this."