Dropcam learns to track humans, but won't replace your security system yet

Share All sharing options for: Dropcam learns to track humans, but won't replace your security system yet

Dropcam is not a security company. It makes cameras that will watch your house when you're gone, but if someone breaks in, the most you get is an alert on your phone and a high-definition recording. In fact, all you can really do is yell at a robber through the built-in two-way speaker until they unplug it. It's a convenience, but far from a deterrent.

A convenience, not a deterrent

Today, the company is announcing a mix of new hardware and online monitoring features that make Dropcam's cameras better at the things people might buy a home security system to do. The first part of that is new computer-vision technology that can determine whether a moving object is a human being, or just your pet exploring the living room. The second part is Tabs: small sensors that can be stuck on doors, windows, and other objects within the house to monitor movement in areas that can't be seen by Dropcam's wide lens. With these two things combined, Dropcam hopes its alerts will not just be more accurate, but more useful.

Tabs are $29 rectangles about the size of a USB stick, and they connect to the Dropcam Pro over Bluetooth Low Energy. Each Tab comes in black or white, has an accelerometer and magnetometer, will run for two years on a pair of coin cell batteries, and can be affixed just about anywhere. That includes areas outside Dropcam's field of vision, like doors and windows, so that you get an alert if they're open or shut. 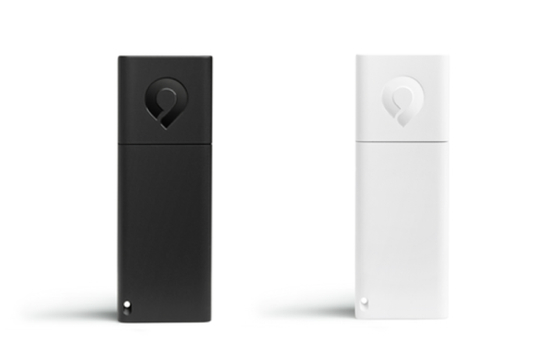 Each Tab works within 100 feet of any Dropcam Pro unit. It pairs automatically with whatever Dropcams are in range, though you can reassign it through the company's smartphone app. Once a Tab is set up, it starts constantly feeding that home unit data. The company's trained them to detect specific things like windows and doors opening, but it can also give you more simple proximity alerts, like if you have a Tab stashed in your car or attached to a pet's collar.

"Maybe you want to know when your washer or dryer stops."

"It's definitely meant to be something you could carry around," says Dropcam CEO Greg Duffy. "It may even be the opposite for if something stops moving ... maybe you want to know when your washer or dryer stops. It's a versatile movement sensor."

But the greatest aspect of Tabs may be that they're weather-sealed, unlike Dropcam's camera hardware. You can't put a Dropcam outside and have it survive, but Tabs can be stuck on gates, garage doors, and even mailboxes. The weatherproofing can handle temperatures between 32 degrees Fahrenheit, all the way up to 140 degrees — it's fine for temperate locations or even on a windowsill on the hottest day of summer, but not anywhere that regularly gets snow and ice. 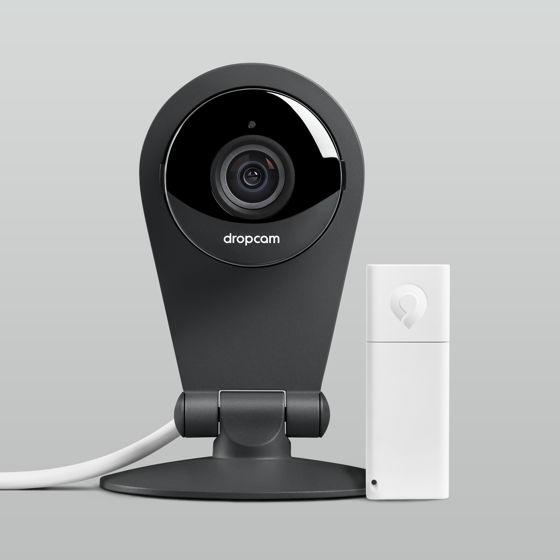 Tabs require Dropcam's latest model, given the built-in Bluetooth hardware. But the new human-identification features will work on all models; they just requires subscription to the company's paid service, as those features require such huge processing power. (Dropcam has $99 and $299 plans, which gives you 7 or 30 days of recording history, respectively, and Duffy says more than 40 percent of Dropcam's customers subscribe to one of them.)

Detecting humans is not a free service

In order to train the system, the company turned to its collection of always-on public Dropcams, many of which were capturing people walking into a scene. "We have an incredibly sophisticated algorithm to pull from the [recorded] image, and run it through training data where we actually have tagged information about humans. So it learns by association," Duffy says. "You show it a bunch of examples for what are, and what aren't humans. What we look at is not how it figures out how to do that, but how accurate it is at rejecting recognition of humans where it's not a human." The end result can discern humans from other objects with higher than 99 percent accuracy, but it can't yet detect faces to tell you who's there.

The next logical step into the realm of security is a weather-proofed camera that can go safely outdoors. Duffy says that's been a "hugely requested" feature, and that Dropcam is "not lying down on the job" when it comes to exploring that as a possibility. "Given the amount of activity that goes on outdoors, you need the tools to make sense of everything that's going on outside," he says. "Otherwise it's just another source of alerts and notifications and data to sift through."

Secret sensors have yet to be turned on

For now, that leaves Tabs as a very specific, very limited way of taking Dropcam safely outside of the house. Even so, Duffy says that what you can do with Tabs weeks, months, or years after buying them could expand — just like what's happened with its camera hardware, and now its motion alerts.

"It has a couple sensors tucked inside that we haven't enabled in software yet," Duffy says. "For surprises."