One man is chronicling the history of a digital universe

After a decade of epic battles, 'Eve Online' gets its historian

Share All sharing options for: One man is chronicling the history of a digital universe

After spending months climbing the ranks of the Ubiqua Seraph corporation, on April 18th, 2005, Istvaan Shogaatsu's moment had finally arrived. He had gained the trust of the corporation's CEO, Mirial, and while the two were alone on her ship he issued a command that led to the ransacking of nearly every Ubiqua Seraph office and hangar in the galaxy. He then proceeded to destroy her ship and escape pod. At the time, it was one of the biggest hijacks to ever occur in the virtual world of Eve Online, with the total damages incurred by Ubiqua Seraph reportedly totaling close to $16,500. "This was one of the stories that really set the tone," says reporter Andrew Groen, "that changed the community in a lot of ways."

It also helped inspire Groen's latest project, A History of the Great Empires of Eve Online, a book that aims to document the complicated and exhilarating history of one of gaming's most notorious virtual worlds. 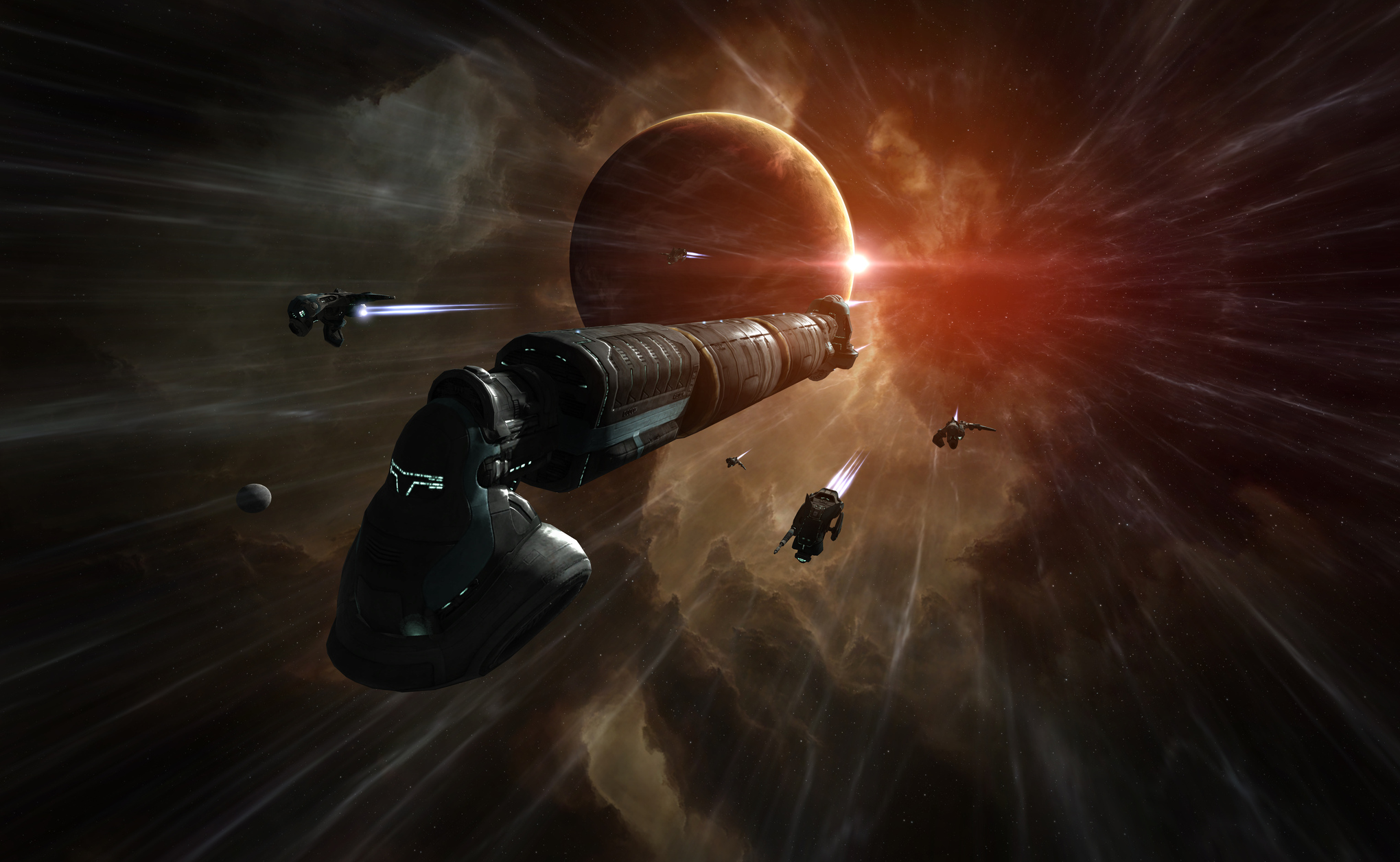 Preserving video game history is difficult even for the simplest of games, but complex, sprawling worlds like Eve Online present their own set of challenges. When the Museum of Modern Art in New York set out to create a time capsule of Eve, for instance, the curators realized just how dull the game would be without its players. They settled on creating a series of videos that let viewers experience a day in the Eve universe. While that may give future generations an idea of what the game was like on a moment-to-moment basis, it still leaves a huge gap in understanding just what Eve is all about, and how it has changed over time.

Unlike other online worlds — World of Warcraft, for instance — Eve is essentially shaped by the players, who form alliances, engage is incredible, large-scale space battles, and dedicate themselves to time-consuming endeavors like the Mirial assassination. In the more than 10 years that the game has been around, players have created their own history inside the game. "In Eve the players control their own destinies in a lot of ways," says Groen, "and that's really the heart of where history begins to be made."

"The heart of where history begins to be made."

There have been attempts to document Eve's history before. Developer CCP and comic publisher Dark Horse released the book Eve: Source earlier this year, for instance, but it primarily served as a compendium of the in-game fiction and a collection of fantastic art. Player-created wikis, meanwhile, are often written by people who have invested a lot of time and energy into the game, making them far from ideal historians. "The problem with wikis is that people want to write about themselves, not about other people," Groen explains. "So you end up with these horribly biased wiki entries where people are actually mocking their enemies."

Groen, on the other hand, describes himself as a casual player without any in-game allegiances. In fact, he hadn't even touched the game before he started writing about it for the now-defunct gaming site Penny Arcade Report. But that experience made him realize just how interesting the player-created events in the game can be. "I got a little bit addicted to Eve reporting," he says. When the Penny Arcade Report shut down, he found himself with extra time on his hands, and used that freedom to work on the book as a personal project. He has since raised more than $40,000 on Kickstarter to turn that personal project into a self-published book. 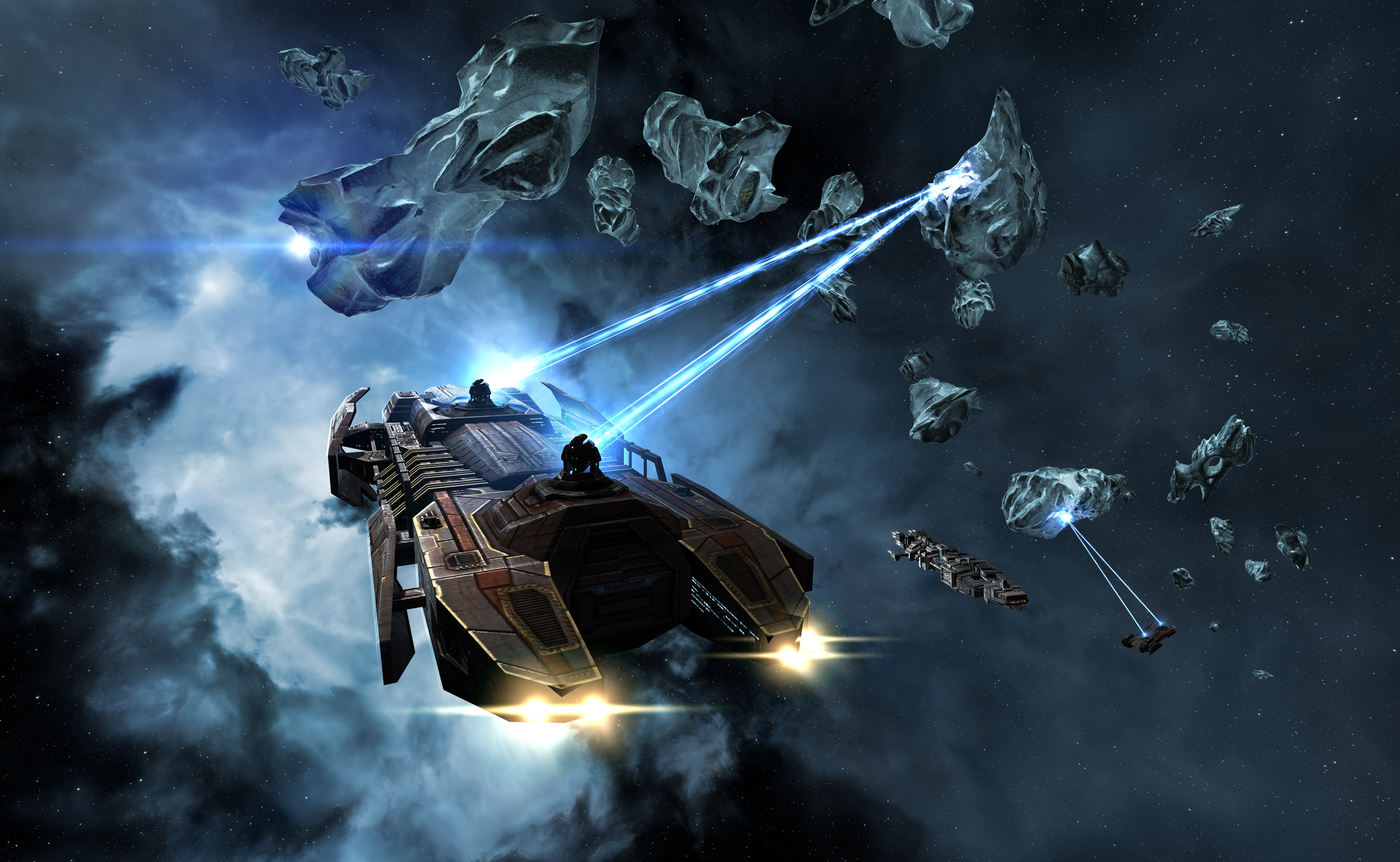 Given the unreliability of much of the current documentation on the game, Groen is relying primarily on the first-hand accounts of players to tell the story of the game's history, which has created some challenges. For one thing, given the player base's penchant for deception, there's always the chance of people lying in order to get across the story they want to tell, as opposed to what really happened. "Occasionally I get a little concerned that I'm going to get trolled by one of the higher-level alliances," says Groen. He's hoping to get around this by talking to as many sources as possible.

And for a game that's been around for more than a decade, there are also many people who were once heavily invested in the game but no longer play. Luckily that hasn't created a problem so far — it turns out that Eve can really burn itself into your memory. "If you're running a high-level alliance and there are 500 or 1,000 people under your command, you remember that stuff," Groen says. "That's really important, it's really significant, it's really stressful at the time."

"This should have happened so long ago."

For some people, Eve is a game that's far more interesting to read about than to play — it's an intimidating experience that requires a great deal of time and focus to enjoy. But every so often a story comes out of the game that captures the imagination of the larger gaming community. When more than 2,000 people square off in a virtual space battle, it's interesting even if you don't really know what Eve is. So perhaps it's a bit surprising that it's taken 10 years for a project like this to come about. "This should have happened so long ago," says Groen. "The stories that players tell from those events, that's a longstanding tradition. People have always loved to tell the story of what happened after these battles. It's just part of the culture of Eve Online."

The book is expected to be completed by next May. And while the goal is to make it a fascinating read for both players and non-players alike, for Groen it's also a chance to be a part of something special. Eve may be one of the first large-scale online games of its kind, but it's unlikely it will be the last. And recording its history could very well help shape the next great virtual world.

"I feel like I'm a reporter in 1850 covering the first professional baseball games, or getting the chance to be a photographer back in 1910 photographing the first Model Ts coming off the assembly line," says Groen. "It's not just about what this is now, it's about what I believe this is going to be in the future."