This is the president's new $1.2 billion helicopter

A gift from the Obama administration to whoever's president in 2019

Share All sharing options for: This is the president's new $1.2 billion helicopter

The U.S Defense Department is getting a helicopter upgrade. It's signed up for a fleet of new options for Marine One, the designation for whichever Naval chopper carries the president, in a $1.24 billion initial contract with Sikorsky Aircraft Co. Sikorsky, a Connecticut-based company that has government contracts around the world (including with at least 10 other heads of state), has flown every American president since Dwight D. Eisenhower first climbed aboard in 1957. It's scheduled to deliver the first six of its modified VH-92s in 2019, and the fleet will be complete by 2023.

The new helicopters will replace the current fleet, which includes models developed as early as 1974 — the Defense Department has been trying to upgrade for more than a decade. Sikorsky nearly lost its contract to Lockheed Martin, but after the company ran up massive development costs Sikorsky took back its place in Washington. The VH-92 was designed specifically with presidential missions in mind, offering everything from triple electrical systems and redundant flight controls to a larger cabin and "resistance to bird strikes." Marine One has never been attacked, but whoever's president two elections from now will be safer than ever. Especially from birds. 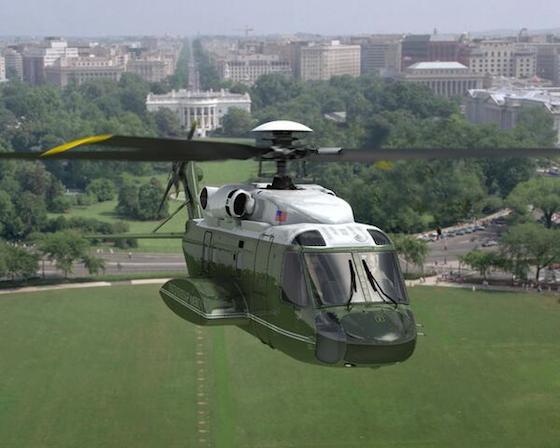