Bang & Olufsen's new 4K TV follows you around the room

Bang & Olufsen's new 4K TV follows you around the room

Bang & Olufsen has been making high-end televisions alongside its fancy speaker systems for decades, but today it took the wraps off of its first 4K set. The new BeoVision Avant is an unsurprisingly minimal take on a modern television, and features a few unique tricks to set it apart from the mass market TVs lined up at Best Buy.

The BeoVision Avant's 55-inch LED panel is made by Samsung and offers bright colors and wide viewing angles. It's framed by a barely-there bezel and is accompanied by a built-in 3-channel audio system with eight speakers and eight separate amplifiers. The Avant has a built-in light sensor that constantly monitors the lighting conditions in the room and adjusts the set automatically for the best presentation without any input from the viewer. 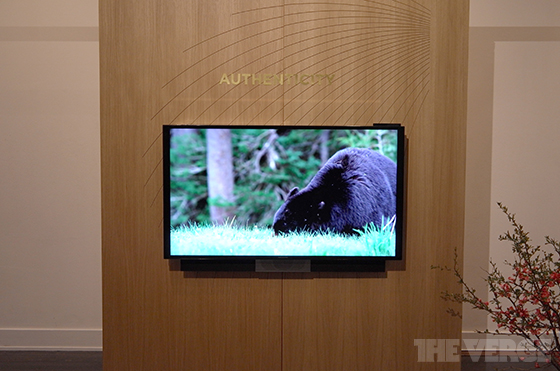 The Avant is an attractive television in its own right, but what really makes it unique are the various motorized stands that Bang & Olufsen is offering with it. The stands, which include a wall-mount option, a floor model, and a stand designed to sit on an entertainment center, move the TV around into a variety of positions depending on what you're watching and where you are. The free-standing floor model features a round base that orbits the TV into position, hiding it away when not in use and bringing it forward for viewing. It mimics the way a theater begins a movie: turn the TV on and the black screen parts down the middle and the base rotates to bring the display into view. The Avant can be programmed with nine different positions that a user can bring up on demand through its remote.

The Avant's remote has been shown special attention, too. The single piece, unibody aluminum design looks good while offering comfortable ergonomics and a minimal interface. The BeoRemote One, as it's been dubbed by the company, is designed to replace all of the TV, set top box, Blu-ray player, and Apple TV remotes in your living room, making it the only one you need to have around when it's time for entertainment.

Bang & Olufsen's products never come cheap, and the BeoVision Avant is no exception. Priced at $7995 and available this month, it's considerably more expensive than many other televisions on the market. The motorized stands that make it truly unique will set you back at least another $895. But if price is no object and you want both a unique and beautiful television at the center of your living room, the Avant is hard to argue with. 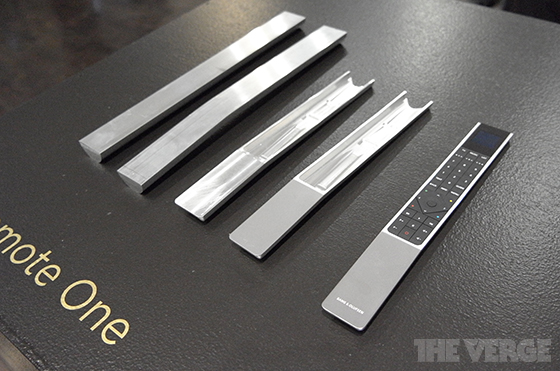