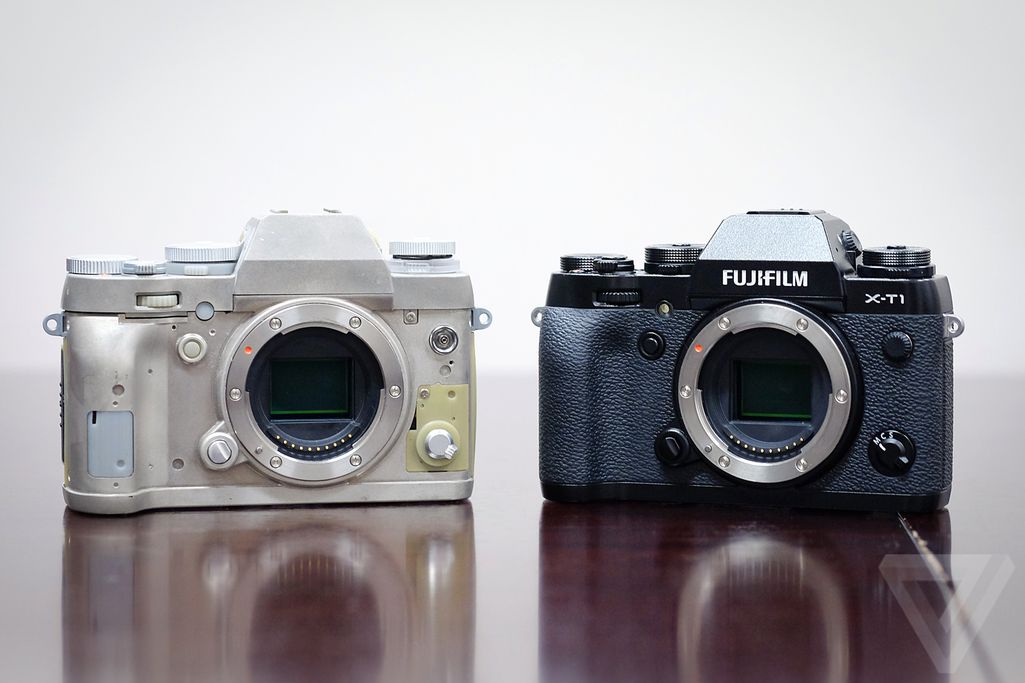 Photography has been around for close to 200 years and, despite the best efforts of innovative startups like Lytro, the basic idea behind a photograph hasn’t changed much. Cameras are a pretty mature technology — even our phones are capable of taking decent pictures nowadays. But that’s not to say that camera design is stagnant, or that the differences in philosophy can’t spark debate as passionate as the rivalry between fans of Fender and Gibson or Ferrari and Lamborghini. For those who treat photography as something more than recording simple snapshots, a favorite camera transcends gadgetry and becomes an extension of the body itself. “Cameras are capturing machines,” says Imai, “but they also express peoples’ minds.” 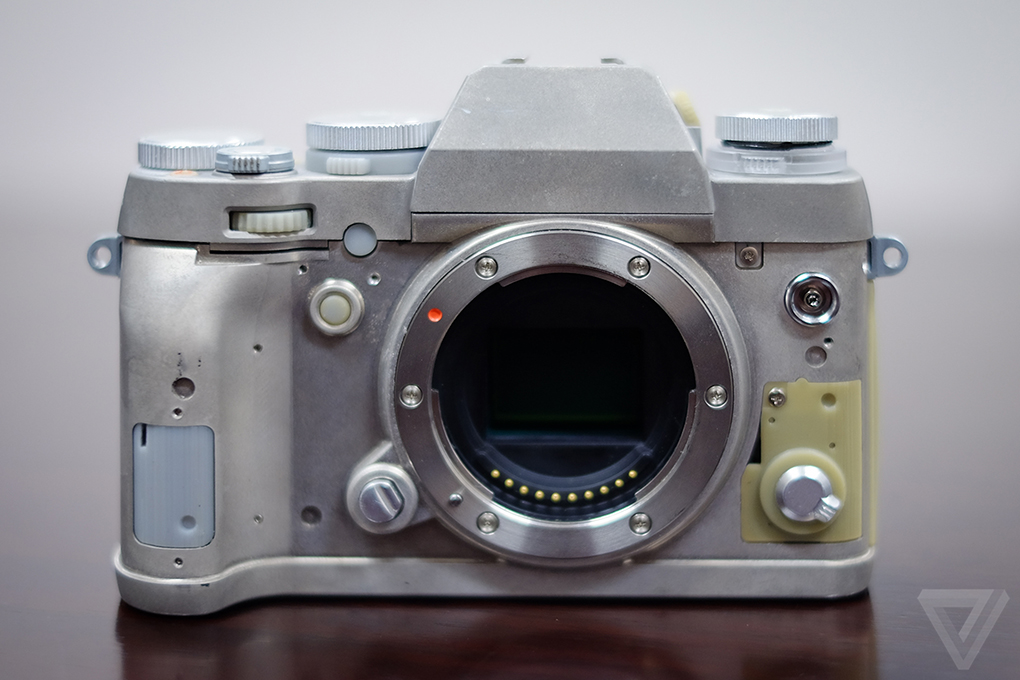 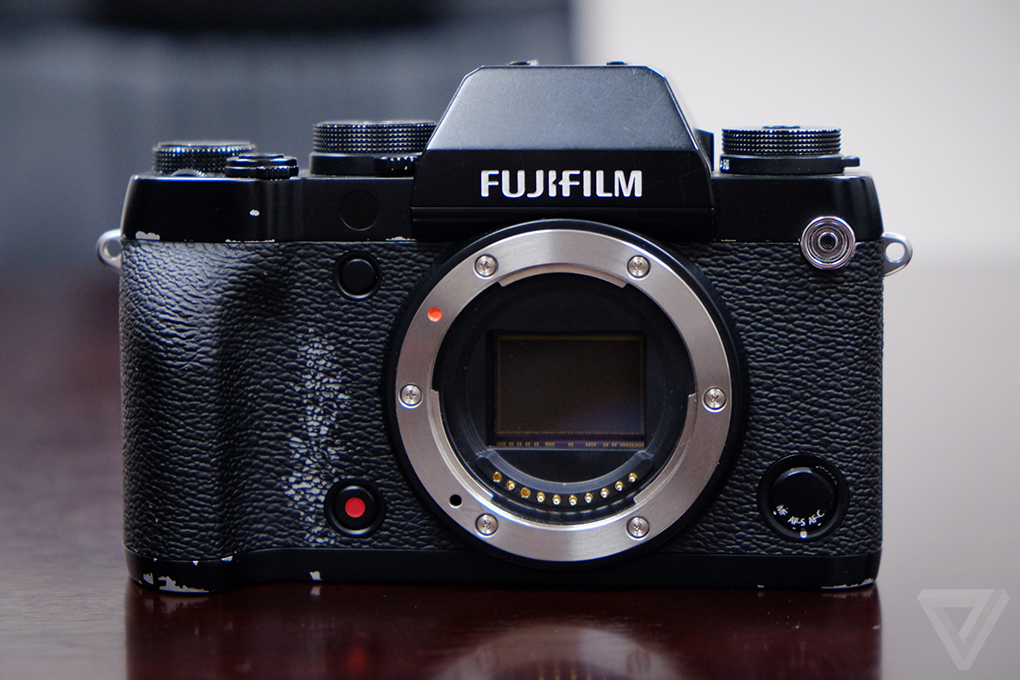 For a very long time, the conventional wisdom has been that if you want to take great photos, you buy a DSLR from Canon or Nikon. But cameras don’t need to be as big to achieve the same quality these days. Fujifilm has built up a strong reputation among photographers since it released the unique X100 in 2011, and the company’s X-series of mirrorless cameras are winning fans for their focus on physical controls, fast lenses, and head-turning design. The latest model, the X-T1, received a glowing review from The Verge last month; it’s Fujifilm’s best, most reliable camera to date, but also one that represents a stylistic shift for the company. And as the team behind the product tells me, every tiny detail was agonized over before it came to life. 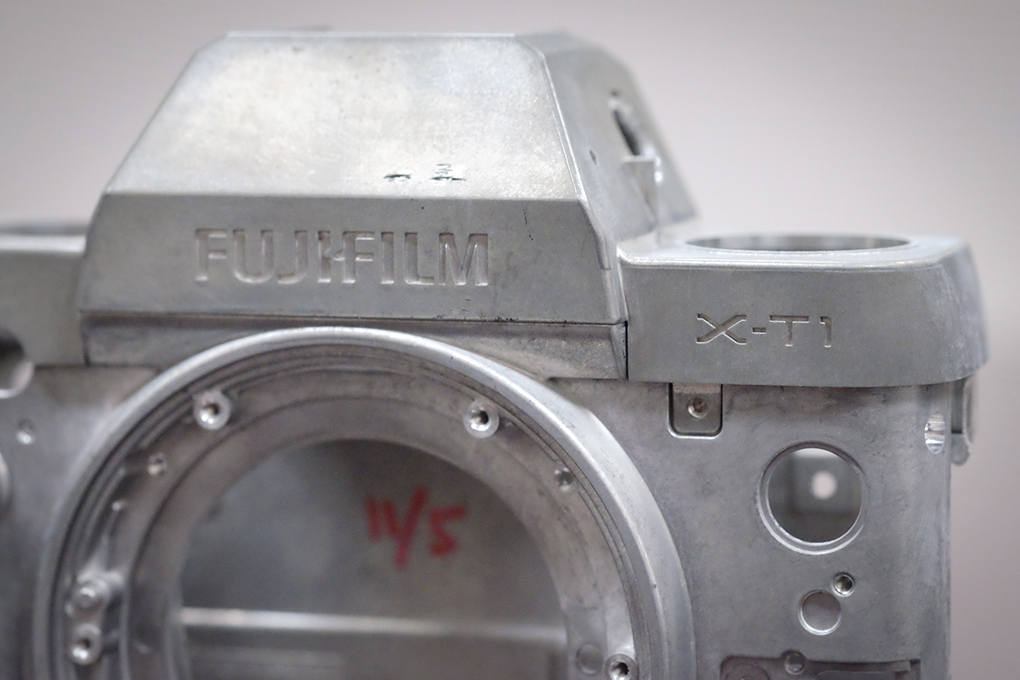 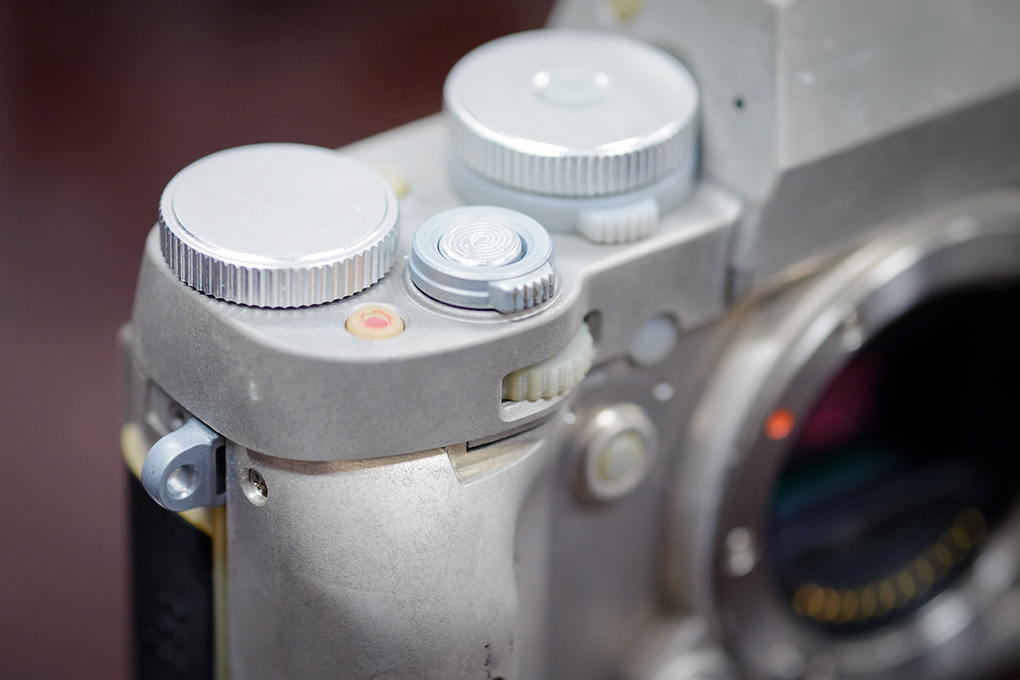 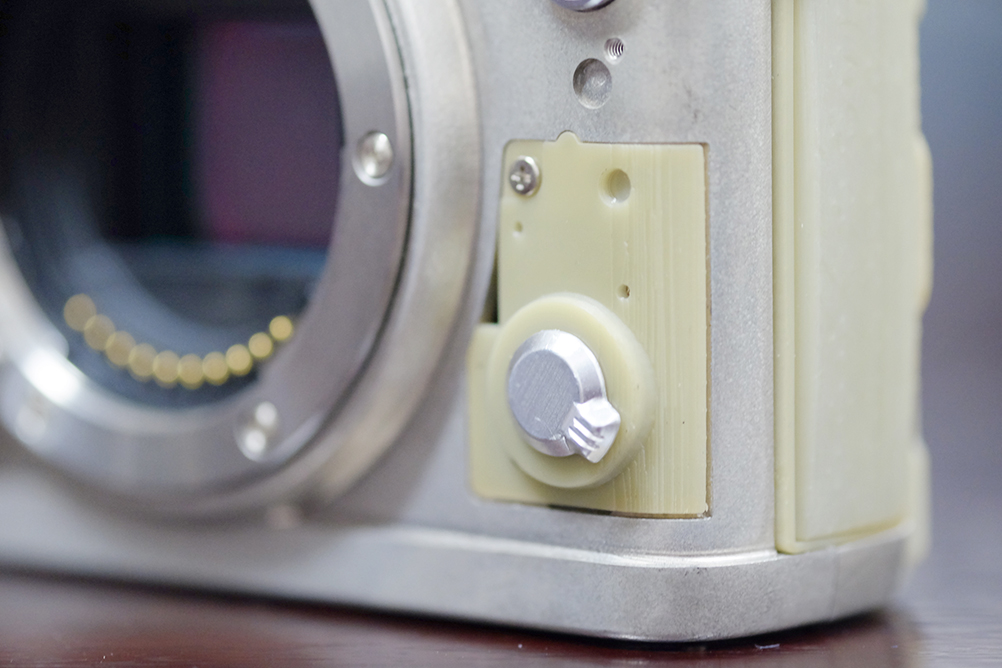 The X-T1’s new direction ran the risk of disappointing Fujifilm fans. Every X-series mirrorless camera to date had featured a slick, compact rangefinder-style design that took cues from the likes of Leica and Contax, but Fujifilm started afresh with a silhouette that looks much closer to an SLR. It’s an interesting move — while mirrorless cameras haven’t yet made much impact on DSLR sales, they play a similar role as light, travel-friendly rangefinders did in the film era. With the X-T1, however, Fujifilm is making a statement that its mirrorless cameras can compete on the same level as SLRs.

"Very simple, not so ergonomic — this was the basic inspiration"

Fujifilm’s first design challenge was striking a balance between SLR-style handling and mirrorless size. "We started with three prime lenses with the X-Pro1, and they were all pretty small," says Toshi Iida, the X-series' product manager. "But now we’re expanding into zoom lenses. If it got too big it’d lose the mirrorless advantage, so you have to have the right balance." To this end, the X-T1 features a more substantial grip than any X camera to date, but it’s not oversized and doesn’t break the compact lines of the body too much. Imai showed me some early prototype sketches for the X-T1 that looked similar to regular DSLRs, with ergonomic, bulbous grips that would have made the camera an even greater departure from Fujifilm’s X-series lineage.

"Our X design is classic and authentic," says Imai. "I could have chosen an ergonomic style but our X design is completely different. It’s flat and straight and based on ‘good-old-days’ camera style." In particular, Fujifilm’s own Fujica ST901 from 1974 served as inspiration for Imai. "Late ’70s to ’80s SLRs were very cool to me," he recalls. "The ST901 was very small with a very characteristic finder, so this was very close to the X-T1 concept. Very simple, not so ergonomic — this was the basic inspiration." 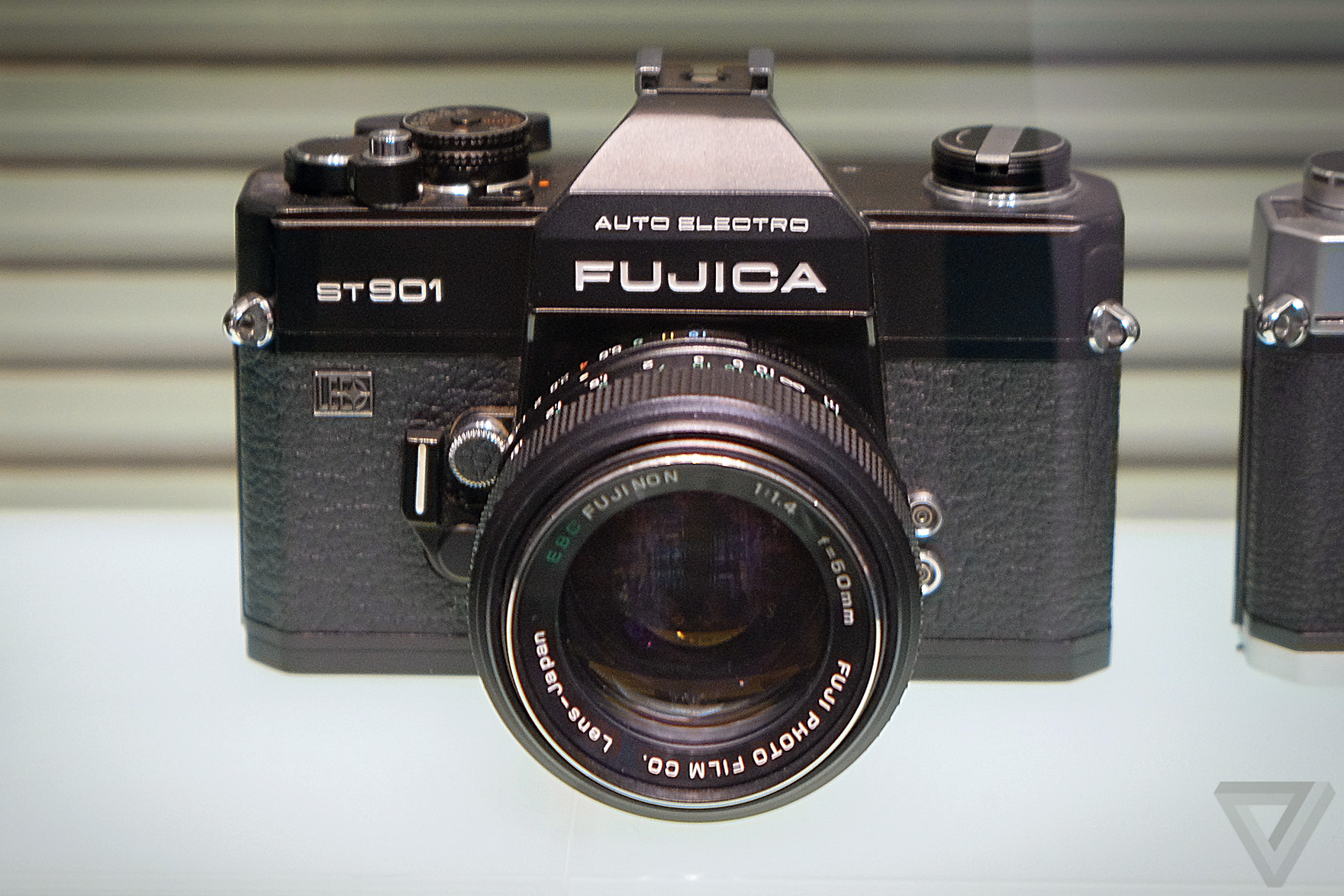 The viewfinder is another prominent area where the X-T1 takes influence from SLRs — it’s housed in a hump in the middle of the body, directly above the lens. This is how Fujifilm was able to achieve the X-T1’s headline feature — the huge electronic viewfinder that displays a larger image than full-frame DSLRs. The X-T1 isn’t the first mirrorless camera to house an EVF inside a facsimile of an SLR prism hump, a look I’ve always thought came across as a little inauthentic and dishonest to the digital reality of these products.

But Fujifilm says that the center-mounted viewfinder hump is not only there to improve handling; it wouldn’t be physically possible to fit anywhere else. The viewfinder uses a tiny 0.7-inch OLED display behind three pieces of glass, including one large element that’s aspherical on both sides. This is what gives the striking magnification effect, akin to putting a cinema screen inside the Tardis and peering in from the outside. "We really wanted to break through the barrier of the viewfinder," says Iida. "The EVF is always regarded as something inferior to the OVF, but we really wanted to change that perception." 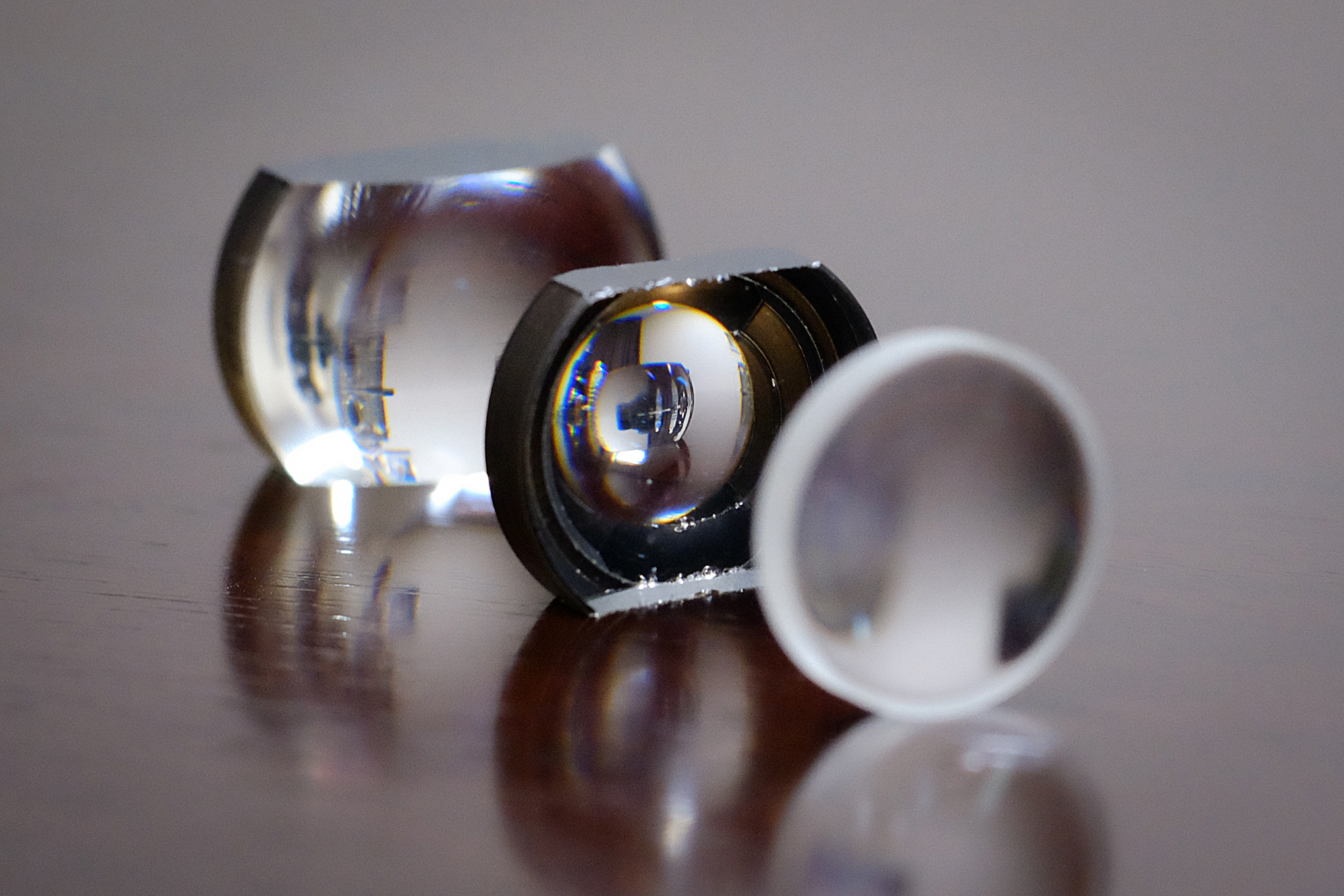 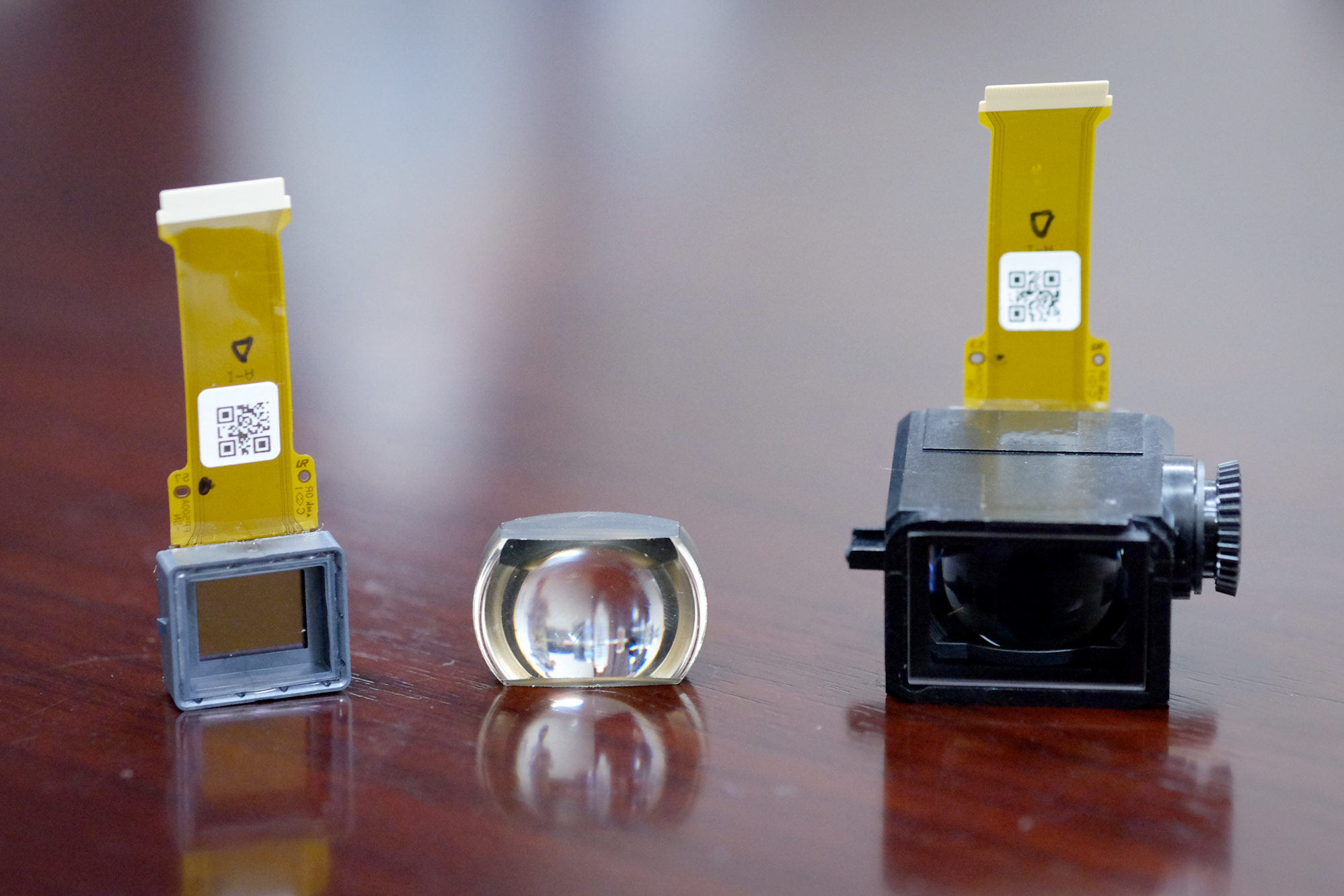 For that to happen, Fujifilm had to improve the function of the electronic viewfinder as well as the form, tasking GUI designer Nanae Sakuma with making the most of the X-T1’s large display. She showed me some wild designs, like one that projected distance markings in 3D and another that simulated the focus screen on a film SLR, but ultimately the two major innovations are simple additions that anyone who uses an X-T1 will soon find hard to live without. The first is a mode that rotates the display and settings when the camera is held in portrait orientation, and the second uses the viewfinder’s size to place a smaller manual-focusing aid next to the larger display. Sakuma says she also used the viewfinder space to keep the main image as clutter-free as possible, placing exposure information outside the frame. While there are some for whom nothing less than a traditional optical viewfinder will suffice, the X-T1’s electronic unit is the most convincing yet.

One area where Fujifilm didn’t budge is the classic, dial-heavy control scheme, which the company believes is a more efficient and enjoyable way to shoot than the abstracted, context-sensitive wheels used by nearly all its competitors. Imai traces the shift back to Minolta’s 1985 Alpha 7000 camera, the first to use autofocus and automatic film advance, and the designers compare this movement to the rise of automatic transmission in cars. "The X series is a new combination, the dials and digital," says Imai. "At first, film cameras with dials were common, then it changed to PASM with automatic cameras. Next came digital cameras with PASM that were also automatic. But now, we should be coming back to the standard."

These are cameras designed to be used manually by people who know what each physical control is for; there are no automatic sports or portrait modes as found on almost all competing models. "Nowadays we don't need special technique, the camera does everything," says Iida. "We think we should go back to basics. The photographer can control the camera, the camera doesn't control the photographer." We were speaking before Leica revealed its touch-controlled T mirrorless system — it’s ironic that Fujifilm, whose cameras are so often compared to Leica, are now making products that have more in common with the German manufacturer’s typical output. 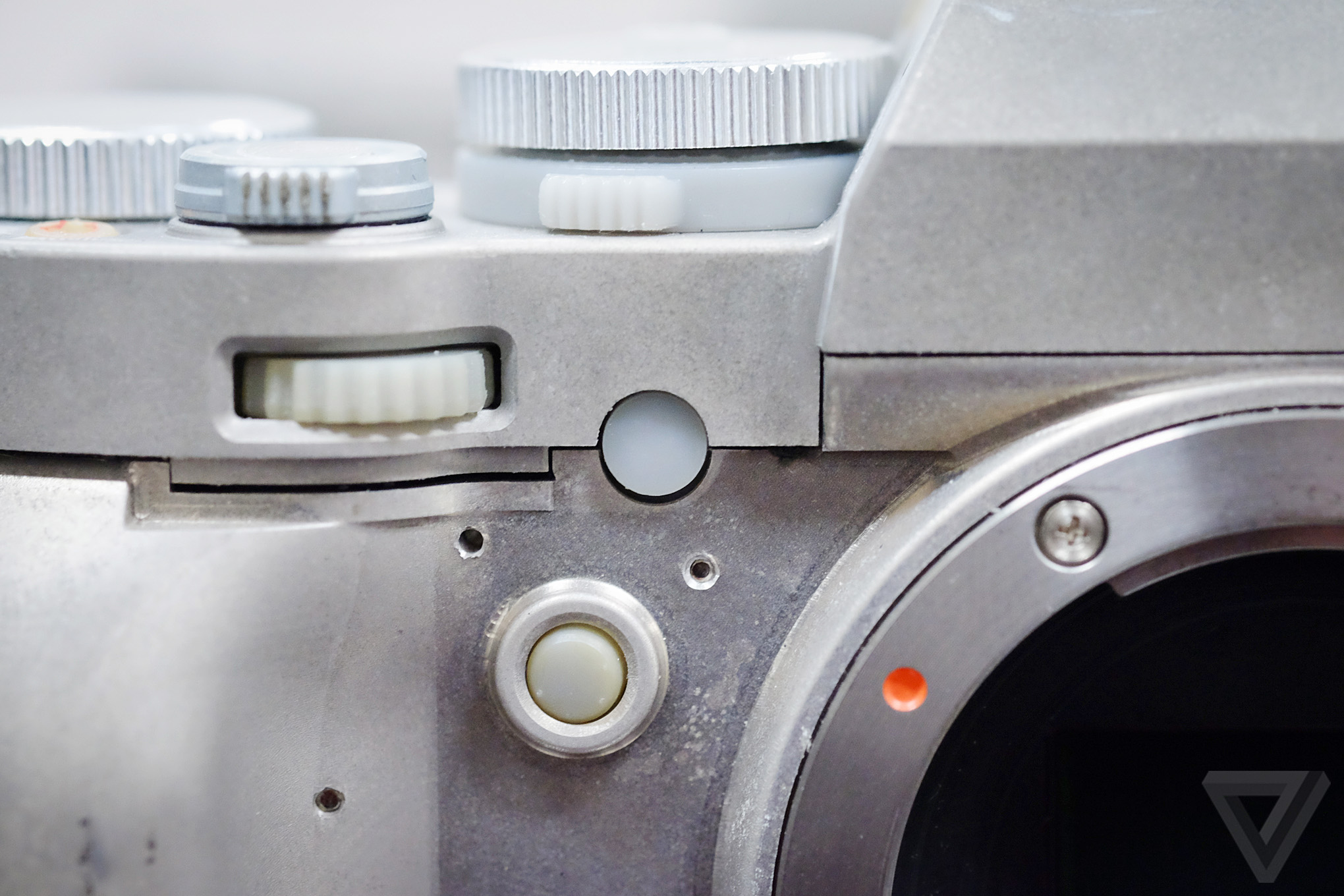 Not everyone will prefer Fujifilm’s approach, and the X-T1’s design choices have sparked disagreement even among those who do. The team agonized over countless minor decisions that all add up, and it’s impossible to satisfy everyone. "Basically we asked a lot of professional photographers," says Iida, "and if we asked a hundred people, we’d probably get a hundred different answers." The engineers decided to put a lock on the ISO dial because they thought it would be less frequently used, but they stiffened the exposure-compensation dial after feedback that it was too loose on the X100 and X-Pro1. "Maybe in the future we can provide some kind of a service where the customer can come to our support center and we can customize that sort of thing," says Iida. "Because there is no perfect answer."

One aspect of the X-T1 that photographers seem to hold in universal disdain, however, is the array of buttons on the camera’s rear; they’re almost flush with the body and have very little tactile response. Iida says this is partly because of the camera’s weather-sealing, and partly because raised buttons can be susceptible to accidental presses. "But it is a little difficult to control — especially the focus point," he admits, with the face of a man who’s heard the criticism countless times. I wouldn’t expect any X-T1 successor to exhibit the same flaw.

Fujifilm has built up a reputation for giving far better post-release support to its products than a typical camera maker, issuing transformative firmware updates to improve things like autofocus performance and customizable settings. The company also got out in front of a well-documented "light leak" issue affecting some models when taking long exposures with a light shining inside the open port door. "It’s a little bit of a surprise to us that the customer is sensitive to this kind of issue," says Iida. "But we recognized it and decided to offer [free repair] service as quickly as possible." Iida denies scattered reports that Fujifilm is "fixing" the rear button response on affected models at the same time, however. 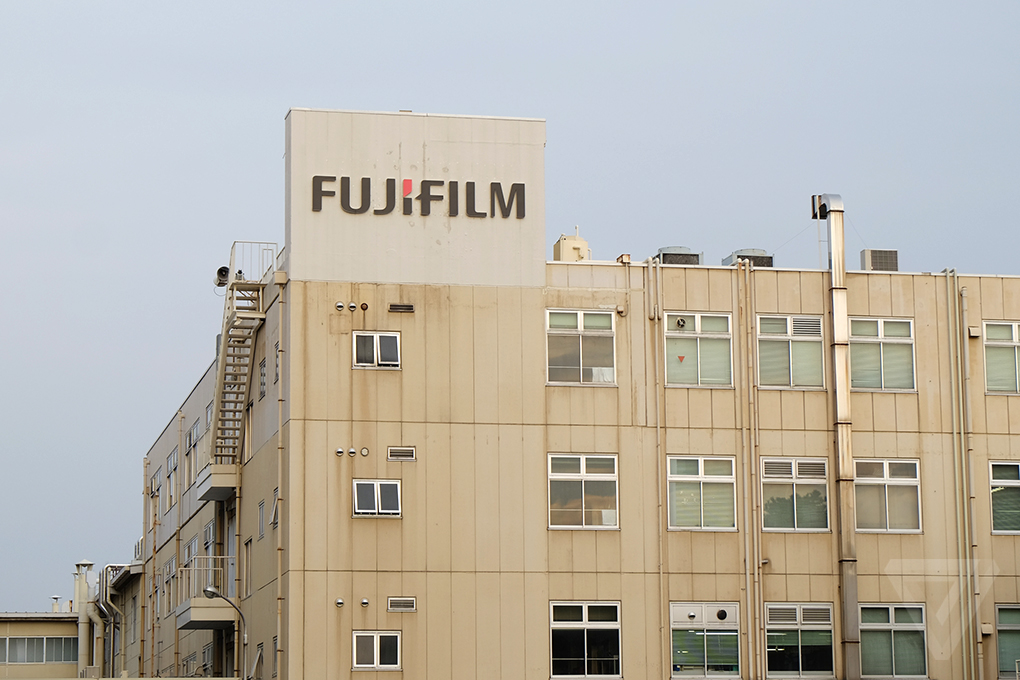 Although the X-T1 feels like more of a complete package at launch than its predecessors, Imai says the team has already collated a list of 140 potential improvements based on customer feedback. The most requested addition is the ability to instantly select an autofocus point with the D-pad; right now you can customize each rear button to activate that mode before making your selection, but some would rather save the additional button press. "There are pros and cons which we need to carefully check and investigate, but some of the points we think we should do as quickly as possible," says Imai. "For example, the movie button — many customers say that this is too easy to press. So that is the kind of thing that we should improve as soon as possible." Fujifilm plans to make this button customizable in a future update.

But there’s one thing about the X-T1 that can never be changed — the size of its sensor. Full-frame cameras have been big news over the past couple of years; the Nikon D600 and Canon 6D broke price boundaries in 2012, and Sony’s RX1 compact and A7/A7R mirrorless cameras are the smallest to date. Fujifilm, meanwhile, released the X-Pro1 just over two years ago with a brand-new lens mount that — unlike Sony’s NEX design — can’t support full-frame sensors. Does the company regret this move?

"When we talk with professional photographers, they don't care about the sensor size"

"No," says Iida. "If we tried to put the small mount on the big sensor… I think that Sony has had to compromise a lot, especially for the lens design and quality. So we designed just for APS-C to optimize the quality for the lens and the sensor. Of course full-frame has some good points, [but] a lot of negative points: the cost, the size, the lenses are big and expensive. When we talk with professional photographers, they don't care about the sensor size." That’s not to say that a larger sensor is off Fujifilm’s radar entirely, though — "Our R&D team is doing investigation," allows Iida.

I wrap up our talk with an anecdote: The Verge’s director of operations and photographer extraordinaire, Michael Shane, is often talking about how he’d love to switch to Fujifilm cameras but can’t leave his full-frame Canon setup behind. How would the X-T1 team convince him? "Why do you need full-frame?," Imai asks the absent Michael, who’d told me that since he takes a lot of portraits, he’s concerned about depth of field and dynamic range. "I don’t know what kind of portraits he’s taking," says Iida. "But the benefit of APS-C is that he can get much closer to the subject and use brighter and smaller lenses and a silent shutter, so I think he can change his shooting style. I don't think he can change overnight, but you know, maybe he can try the X-T1 alongside his full-frame camera. Maybe he'll gradually take more photos with the X-T1."