This is what you get when you make Dr. Dre a billionaire

All that was missing was the sound of a record needle scratch: Apple is doing what? But the original Financial Times report in early May that broke the news Apple was planning to buy Beats Electronics — giving it a billion-dollar electronics brand and a functional Spotify competitor — was soon followed by weeks of an impending deal, even some rumors buoyed by Dr. Dre himself. Now Apple has officially confirmed its purchase of Beats for $3 billion, its biggest acquisition to date. So, what exactly is it buying?

In the short term, Apple acquires a fast-growing brand whose ability to sell electronics at a high premium is rivaled only by Apple itself. Beats, a six-year-old company whose founders include Dr. Dre and record executive Jimmy Iovine, is reportedly profitable on revenues that were said to exceed $1 billion last year. Beats entered the market in 2008 with $350 headphones, and five years later commanded 59 percent of the market for headphones that cost more than $99, according to NPD Group. Its revenues quintupled between 2010 and 2012, according to The Wall Street Journal.

A design that replaced white earbuds as a status symbol

Along the way, Beats came to colonize the Apple Store, where its products dominate the headphone table. Though critics generally panned their ham-fisted sound reproduction, the company’s bold designs and the endorsement of Dr. Dre helped transform premium audio from a geeky obsession of audiophiles to an affordable luxury craved by the masses. The company also showed a genius for marketing — when Iovine served as a judge on American Idol from 2011 to 2013, a product-placement deal put Beats headphones on display in front of millions every week. Over time, the company’s lowercase "b" logo replaced Apple’s iconic white earbuds as a status symbol for music lovers.

Acquiring Beats lets Apple begin selling a range of high-end accessories to its own best-selling devices, earning profit margins that can exceed its own. (A $200 pair of Beats Headphones is said to cost the manufacturer as little as $14.) It gives Apple control over a powerful new music brand that has proven especially popular with younger people. And if the Beats brand survives, there would seemingly be a huge opportunity for Apple to grow it globally. 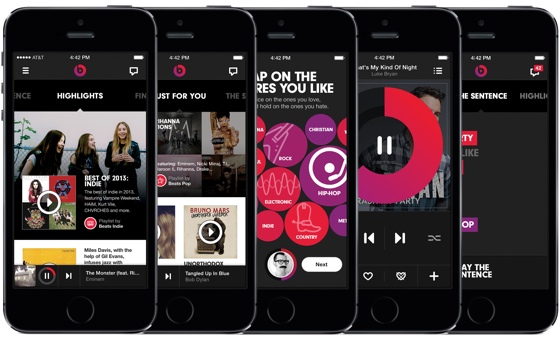 And in the longer term, the Beats acquisition could give Apple a music service to rival Spotify. Apple is still the dominant seller of digital music, but the 99-cent downloads that it pioneered are declining as more people turn to streaming services like Pandora and Spotify. Sales of individual songs have declined 12 percent in the past year, according to Nielsen SoundScan. Steve Jobs famously hated the subscription model of online music, but the growth of such services indicates an appetite that Apple may no longer have been able to ignore. ReCode reports that revenues from iTunes Match (a cloud music locker) and iTunes Radio (a Pandora clone) have disappointed the music industry. Meanwhile Beats Music, which launched its all-access music service in January, is said to have acquired fewer than 200,000 followers despite a massive marketing campaign and a number of friendly deals with cellular carriers.

While Apple has dithered with music services, Spotify has expanded aggressively around the world. The Swedish company, which has raised more than $500 million, expanded from 17 to 32 markets last year. It remains unprofitable, and its long-term prospects remain unclear. But its notion of on-demand access to music for a low monthly fee has already converted tens of millions of paying subscribers. Apple may be looking for a fast way to offer its customers a similar service — and with more than 800 million credit cards already on file, it could rapidly eclipse all competitors.

More worrisome, from Apple’s perspective, may be that it could give music fans one less reason to buy an iPhone, iPad, or iPod Touch. Apple was the first company to make it easy to synchronize music to a mobile device, with iTunes as the linchpin connecting everything. A Spotify account, on the other hand, can bring your music from iOS to Android to Windows Phone. Given the essential role music played in bringing Apple back from the brink of death, it’s only natural that the company would want to keep pace with the changing ways we listen to it. Notably, the company has reportedly been exploring iTunes for Android. 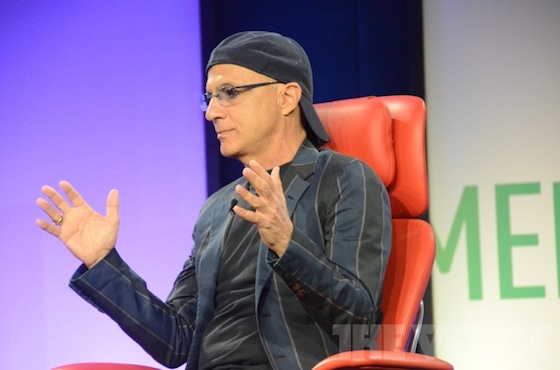 None of which is to say that acquiring Beats is conventional for Apple. For starters, it’s expensive: the company’s largest acquisition to date, NeXT, was for $400 million in 1996 and gave Apple the core of an operating system it still uses today. (It also returned to Apple Steve Jobs himself, who had founded NeXT after departing Apple in the 1980s.) The Beats acquisition would put Apple in the unusual position of managing a consumer brand not its own — and raising difficult questions about whether to keep the existing music service and, if so, on which platforms. How Beats will — or will not — integrate into Apple will be one of the most closely watched aspects of the merger agreement.

As with any acquisition, it will be months before we can begin to assess whether Apple is getting its $3 billion’s worth. But if music technology in the 2000s was all about the iPod plus iTunes, in this decade that equation is shifting rapidly toward Spotify and Beats. Premium music technology that operates independently of platform, marketed with flair to a younger generation. In time, Apple may have been able to build that technology itself. But it may be less risky simply to buy it.

Editor's note: this post was updated after publication to reflect confirmation of Apple's purchase of Beats.