Last year, HP and Google partnered to introduce the Chromebook 11, a slick looking, if underpowered laptop that bore a striking resemblance to Apple's old plastic MacBooks. The best part of the Chromebook 11 was its bright, vivid 11.6-inch display. Today the company is announcing the Chromebook PC, another 11.6-inch Chromebook powered by a Samsung processor. 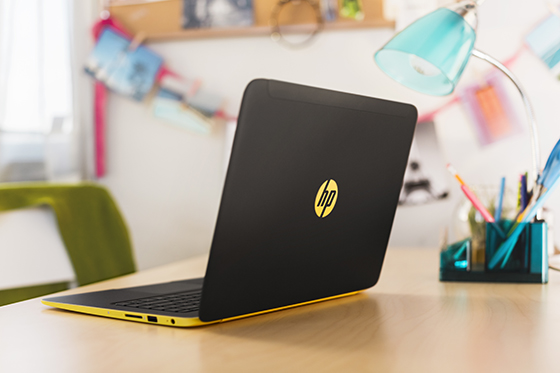 In addtion to the Chromebook PC, HP also officially announced the Slatebook PC, a 14-inch Android laptop that was briefly listed on HP's site in April. The Slatebook PC is powered by an Nvidia Tegra 4 processor with 2GB of RAM and up to 64GB of internal storage. It has a 14-inch, 1080p touchscreen display and is a scant 16mm thick. It's fairly heavy at 3.71lbs and only available in black with bright yellow accents. The Slatebook PC will be available starting August 6th for $429.