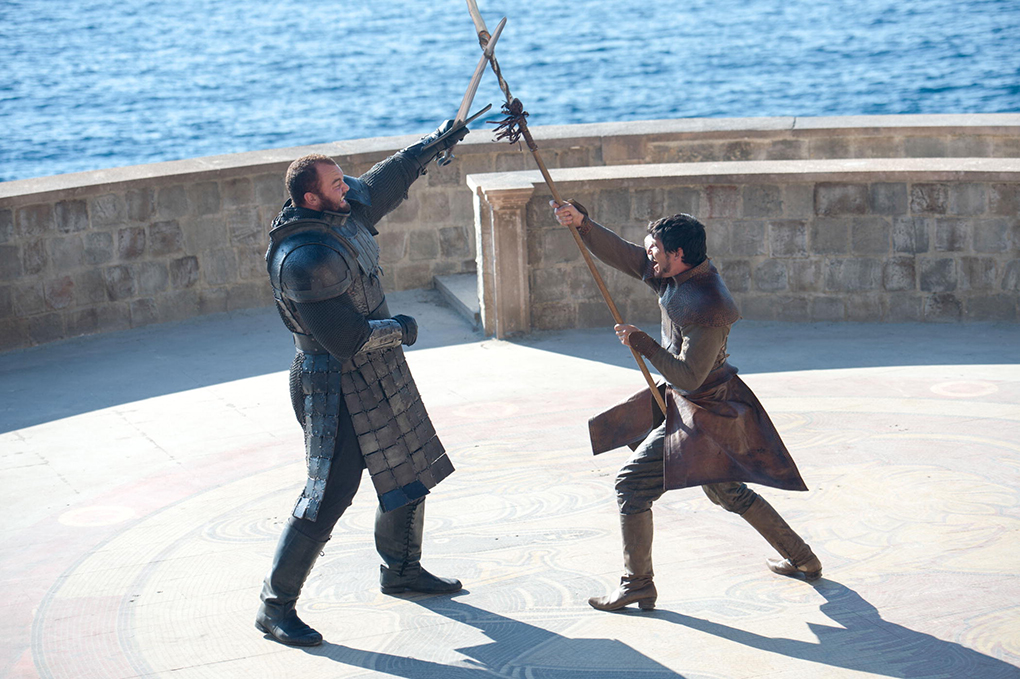 The night is dark and full of spoilers. Below we'll be talking about the HBO series Game of Thrones, up through and including tonight's episode, "The Mountain and the Viper." Discussion of future episodes — or information from the books — is off limits.

You’re awesome. Everybody loves you. You came to King’s Landing to avenge the death of your sister and her children, and you’ve been smart and charismatic ever since you showed up. You’ve one of the best characters Game of Thrones has right now. You even managed to find a way to fight The Mountain, the guy you vowed to kill when you showed up in the first place.

And you actually did it. You brought The Mountain to the ground. He was dead, your spear lodged in his neck. You had won, man, and saved Tyrion’s life in the process. You had made something just and wonderful and happen in this vicious world. And let’s face it; except for "Joffrey Dies," the feel-good hit of the summer, this season has been episode upon episode of absolute hellish horror.

You were the chosen one. And then you had to get cocky.

Being cocky at that kind of moment? It gets you knocked down. It gets your teeth punched out. It gets your eyes gouged out of your head and your skill crushed in the most grisly, brutal bit of killing I’ve seen since Roy Batty went to town on Eldon Tyrell.

Being cocky gets you dead.

So I hope you’re happy. I hope it was worth it. I hope whatever god, or gods, happen to really exist in this fictional world are fun to hang out with, because now you’re gone and Tyrion’s screwed. And I can barely remember the other great moments in this episode, like when Sansa finally learned to play the political game, turning herself into a clone of her mother so she could start manipulating Littlefinger instead of the other way around. Or when Jorah got the boot from Daenerys when she discovered he had spied on her back in the day. (Being friendzoned has got nothing on straight-up exile.)

All I'm going to remember is your brief moment of shining glory — until you snuffed it out by showboating just one too many times.