Two years ago, Samsung made the first great Chromebook. It was thin, and light, and had good battery life, but most of all it was a different kind of computer. Chrome OS wasn’t like Windows, which can do absolutely everything on earth including a laundry list of things that only confuse and overwhelm most users. It was designed to be simple, functional, and focused. “It’s just a web browser” wasn’t a problem, it was progress.

As Samsung releases its successor, the Chromebook 2, things have changed. Cheap laptops can be even thinner, even faster, even more powerful, even longer-lasting; the Chromebook 2 is all four. The opportunity has grown, too: these 11.6-inch and 13.3-inch laptops enter a market in which most of what most people do all day lives inside a web browser anyway. We can do basic word processing and number-crunching with Google Docs or Office Online; we store all our files in Dropbox or OneDrive. Chrome OS feels more native than ever, but in a very real way we’ve caught up to Google’s vision more than it’s caught up to us.

Starting at $319, the Chromebook 2 is Samsung’s second try at showing us the potential of our web browsers. But that vision is bigger, more ambitious now — Samsung has some catching up to do.

Samsung’s whole aesthetic is mass-market, lowest-common-denominator, function-over-form. The company rarely endeavors to make something beautiful or special, only something that does its job with as little fuss as possible. The Chromebook 2 is just that. It borrows much from the Galaxy Note 3, with a fake leather lid and strangely skeuomorphic stitching, and from the Galaxy S5 — it’s slim and simple, utterly unexceptional but also without any glaring flaws.

But so much of what ails Samsung’s smartphones is only a problem on devices you’re meant to touch, hold, and carry all day. On the Chromebook 2 the plastic doesn’t feel so flimsy, or the body so slippery. It’s simple but sturdy, and with a sharply curved wedge design (carried over from the eminently classy Ativ Book 9) it’s as good-looking a laptop as you’ll find for the price. It doesn’t hurt that the competition here is far weaker, too; there isn’t exactly an HTC One of $400 laptops. Chromebooks don’t need to be much more than bare-bones workhorses, especially at $319 or $399.

More importantly, they’re every bit as portable as a Chromebook ought to be. Each model is only imperceptibly heavier than its corresponding MacBook Air (about 2.5 and 3 pounds for the smaller and larger models), and at 0.65 inches thick they’re about as slim as any laptop you’ll find at any price. These are laptops made to be taken places, used out in the world. There’s an HDMI port if you want to connect the Chromebook 2 to your TV or a monitor, and two USB ports for connecting hard drives or a mouse, but as with every Chromebook these devices are most at home with nothing more than an internet connection.

It also helps that you don’t need to add anything to make the Chromebook 2 work well. Both models have excellent, smooth, responsive trackpads and clicky keyboards. (The 11-inch’s keyboard is a bit cramped, but such is the nature of smaller laptops.) The keys aren’t backlit, so I spent too much time hunched over them looking for the Volume Up key, but otherwise there’s little to complain about here. It’s all a little bit plastic, but it works.

A 1080p screen, even an imperfect one, goes a long way

Unless you’re hell-bent on saving $80 and a modicum of space, the 13.3-inch Chromebook 2 is a far better buy. Its 1920 x 1080 screen is so superior to the 11.6-inch model’s 1366 x 768 display that it feels like an entirely different class of device. Neither screen is as vibrant as I’d like (they wash out colors a bit, and black looks a whole lot more like gray) but both laptops have perfectly serviceable sets of speakers, and the larger Chromebook 2 is actually a decent machine for my increasingly frequent Veep binge-watching sessions. The smaller screen leaves small text glitteringly pixelated, forcing me to squint a bit at whatever I’m reading, but the added pixel density of the 13-inch screen makes it far more pleasant to use for long stretches.

In every sense, these Chromebooks are designed to stake a middle ground for Chromebooks. They’re not quite the lavish, perfect-at-all-costs Chromebook Pixel, with its beautiful display and great keyboard and laugh-out-loud ridiculous price; they’re also not quite the minimum-viable-product HP Chromebook 11, which is cheap as all hell in every sense of the term. The Chromebook 2 is for people who need only what Chrome OS does, but want something more than Chromebooks typically offer.

At its best, Samsung strikes the exact right balance of price and quality. But it picked the wrong processor. The Chromebook 2 uses Samsung’s latest Exynos 5 chip (clocked a little faster on the larger model but otherwise identical on both), along with 4GB of RAM and a 16GB hard drive. That makes it essentially a smartphone in a laptop’s body — and it performs like one. It does fine as long as I’m only doing one thing at a time, but as soon as I open a bunch of tabs in rapid succession or try to stream music while I power through my RSS feeds, the Chromebook 2 starts to chug. It’s never slow, really, just consistently two beats behind. Even loading three tabs at the same time seemed to strain this unflinching unitasker of a machine.

As soon as I learned to do one thing, and then another – check email, then tweet nonsense about my email, then watch a music video on YouTube — the Chromebook 2 worked fine. And I suspect that’s enough for some people. But Samsung’s chosen hardware is a tradeoff, and it doesn’t need to be. A number of manufacturers are working to put Intel’s latest chips into similarly priced Chromebooks, and every one I’ve tried works faster than this one. These devices don’t need to be exceptional, but before we’ll ever get any work done on Chrome OS they must keep up; the Chromebook 2 feels like it was running two steps behind me all the time, red-faced and breathing heavily.

There are two upsides to the choice, at least. One is that the Chromebook 2 is astonishingly quiet and never gets warm. The other is that the 13-inch model lasted eight hours, one minute on The Verge Battery Test, and in normal use lasted me well over seven. (The smaller did eight hours and 15 minutes.) This is Samsung’s bet, that battery life and portability are more important to the average Chromebook buyer than the ability to tap some added reserve of processing power to play From Dust. (Which doesn’t work at all on a Chromebook, by the way, and neither do most intensive games for Chrome.) 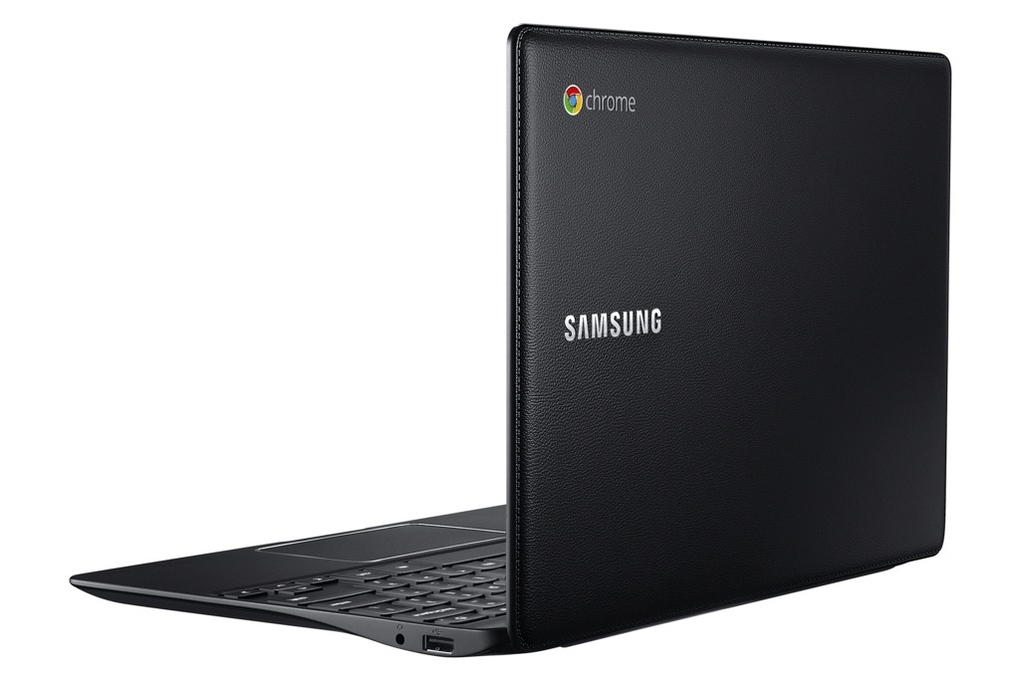 Buy for $399.99 from Best Buy
Samsung got almost everything right. Almost

I learned two things from the Samsung Chromebook 2. One is that it’s clearly possible to build a decent-looking, user-friendly laptop and not charge a fortune for it. This device is an achievement, a baseline of design and portability that other manufacturers ought to take note of. If this can be done for $319 and $399, there’s no excuse for charging more for less.

The other thing I learned is that I can’t imagine ever recommending a Chromebook without an Intel processor. I believe, more fervently than ever, that Chromebooks are going to take a huge bite out of the PC market. The best models are every bit as powerful as they need to be, and offer simplicity and portability that’s still impossible for a Windows PC to achieve. But it’s a balancing act: too much power and these devices become too expensive, too little and they become unproductive. I wound up using the Chromebook 2 like a tablet — light-touch browsing, skimming my email, occasionally jotting down notes. And that ignores the true promise of Chrome OS.

Not worth the money you save over the larger Chromebook 2 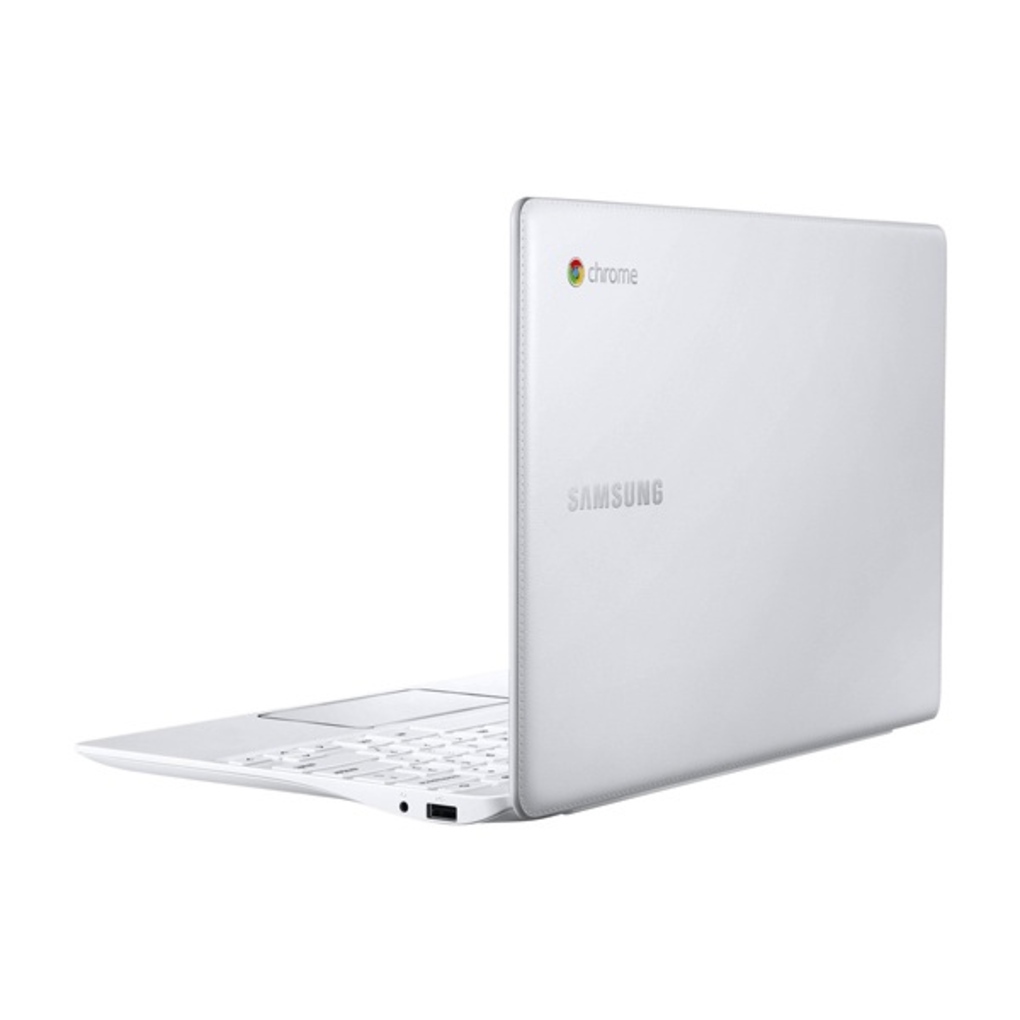