Japan's largest carrier has announced what it describes as the world's first SIM-based authentication device — in other words, wireless technology that can replace your phone's SIM card and act as a login for other services. NTT Docomo's Portable SIM exists only in prototype form right now, incorporating Bluetooth, NFC, and SIM technology into a unit around the size of a credit card. But the carrier plans to downsize the device further for use in wearable electronics, like bracelets.

Demonstrating Portable SIM ahead of this week's Mobile Asia Expo in Shanghai, where the plans are being revealed, Docomo representatives showed how it can enable SIM-less phones to make calls and switch identities with a simple tap. Touching the Portable SIM device to a phone will transfer its caller ID, with the capability to switch entire home screens; Docomo representatives gave the example of using one phone with two Portable SIMs containing separate work and business profiles. You could also use one Portable SIM to unlock your personal data on multiple devices, like a smartphone and tablet. 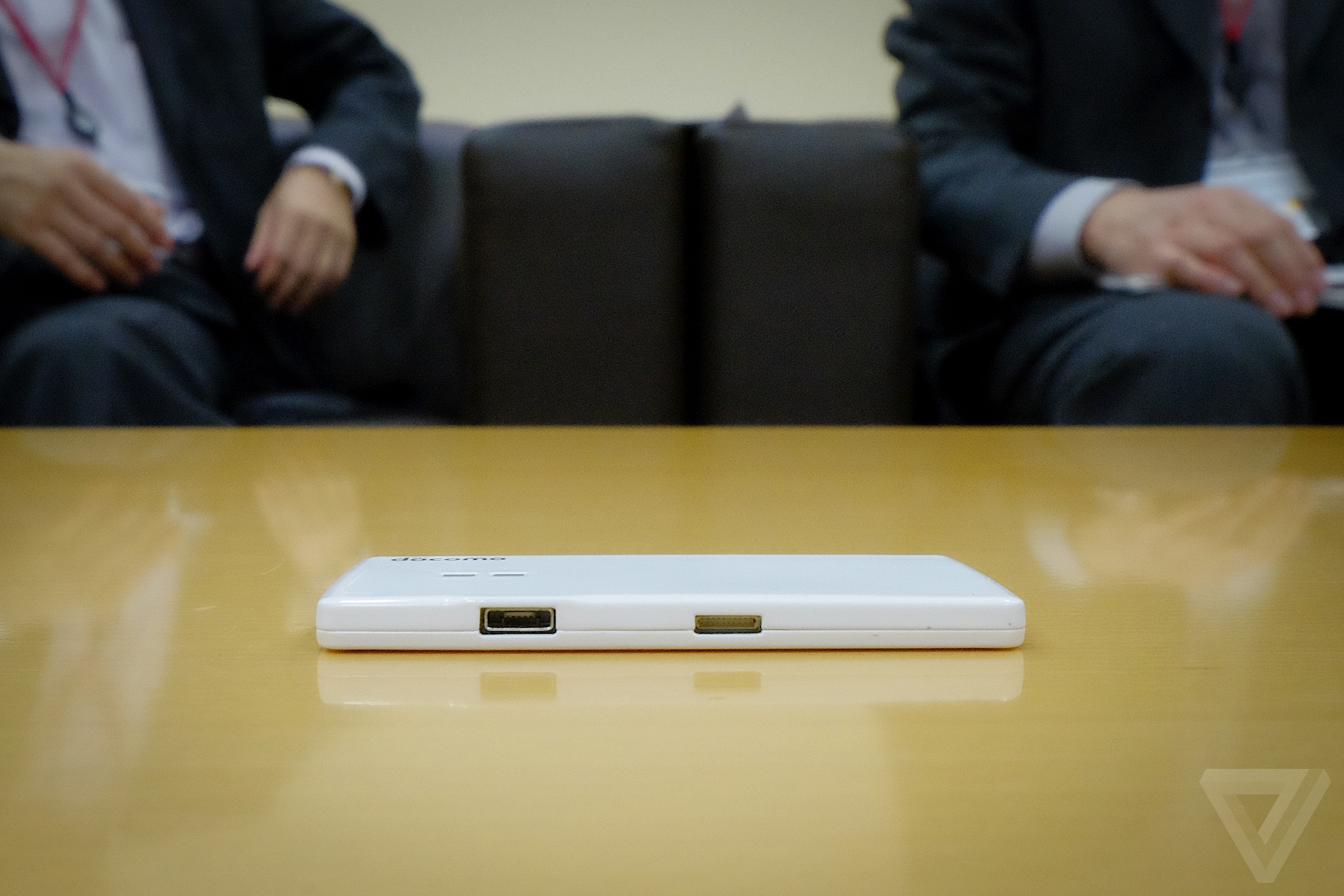 The device can also store credentials for other services and serve as a universal password keychain. It was used to demonstrate logging in to sites like Amazon, Google, and Rakuten, and Docomo also plans to make compatible PC software available. The carrier ultimately envisages the technology expanding to things like cars and electronic door locks. For security, the Portable SIM authentication is severed if the Bluetooth connection is lost.

Docomo has filed for patents on Portable SIM, hoping others will elect to use the technology as an alternative to the aging SIM standard. That's a tall order — even proposals to change the size of existing SIM cards have resulted in protracted legislative battles — but as a concept alone, the idea is intriguing. Wearable technology has often seemed like innovation in search of a purpose, but exploiting its more intimate nature to manage personal information may just make some sense. Of course, the opportunity to move inexpensive, commoditized technology into a premium device category could also hold appeal for carriers and hardware makers alike.